There is no denying that poker is one of the most popular casino games. People love playing it with their friends, online, and in serious big-money tournaments. Naturally, it’s also a common movie theme, used by a variety of directors.

Let’s take a look at the 10 best poker movies for your next movie night!

Top 7 Poker Movies at a Glance

Whether you’re looking for a good night’s watch or some insight into the thrilling game of poker, let’s take a look at our expert selection of poker movies! 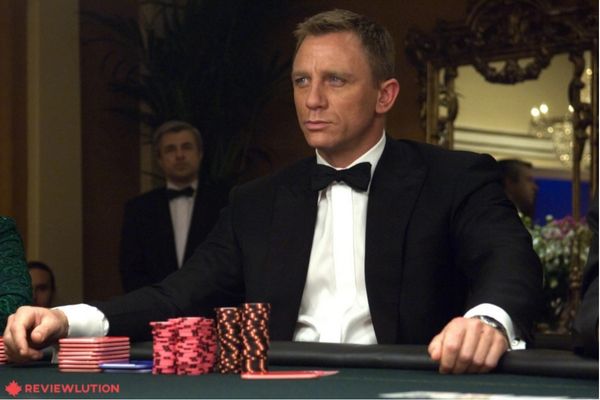 Directed by Martin Campbell, Casino Royale is the 21st addition to the James Bond Series.

The movie follows special agent James Bond as he embarks on a journey to stop a devious mob banker from winning a high-stakes poker game, making it one of the most popular casino movies ever.

Similar to any James Bond movie, Casino Royale is a true classic. Starring Daniel Craig and Eva Green in the main roles, the film is set at the beginning of the MI6 agent’s career, setting a slightly different timeline for the viewers and allowing them to learn a bit more about the history of the character.

Casino Royale has it all, the heist, the poker thrill and, of course, the evergreen charm of Mr James Bond himself.

Check out some of these amazing poker books as well! 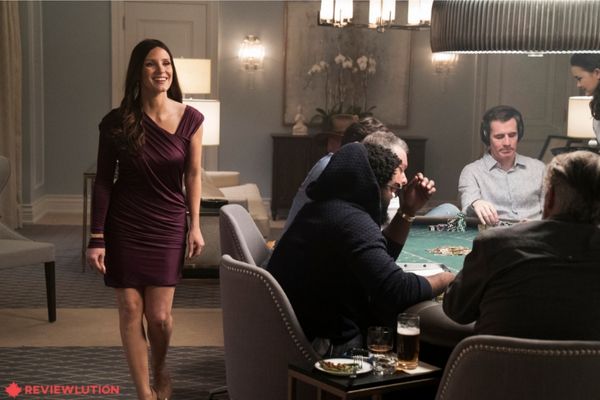 This one is practically unavoidable when it comes to movies about poker.

Brought to you by the acclaimed director Aaron Sorkin, Molly’s Game is one hell of a poker movie, definitely worth watching.

The film follows the journey of Molly Bloom, a professional Olympic skier who finds herself organizing high-stakes poker tournaments for dangerous mafia members, which in turn makes her an FBI target.

The movie is based on a true story and stars the amazing Jessica Chastain in the main role. 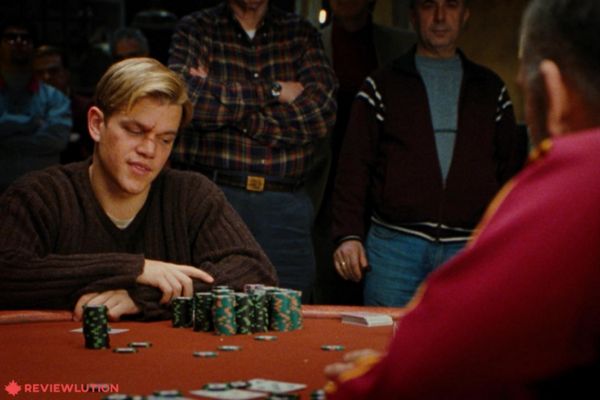 Starting off with the 1998 drama called Rounders, directed by John Dahl, that follows two friends trying to win a high-stakes poker tournament in order to pay off debts.

Unlike other films, this Matt Damon poker movie does not try to get you to understand poker but rather focuses on the characters and their will to truly strive and be the best. Given how relatable the main notion of the film is, not only when it comes to poker but in a variety of real-life situations, it comes as no shock that the film has received a very warm reception with its initial release.

The Rounders movie is definitely a good watch for anyone looking for a highly engaging movie.

Read more: What is a Poker Face? 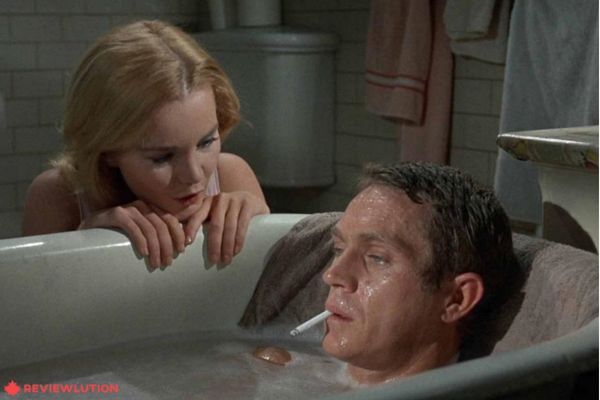 Cincinnati Kid follows a young poker player known as The Kid, who is seeking to establish his reputation as the absolute best poker player. His journey, however, takes him to The Man, a reputable older poker player, which leads to a climactic challenge between the characters.

Directed by Norman Jewison, Cincinnati Kid stars Steve McQueen and Edward G. Robinson and stands as one of the best poker movies of all time.

Make sure to add this one to your watchlist, it’s definitely a film worth seeing! 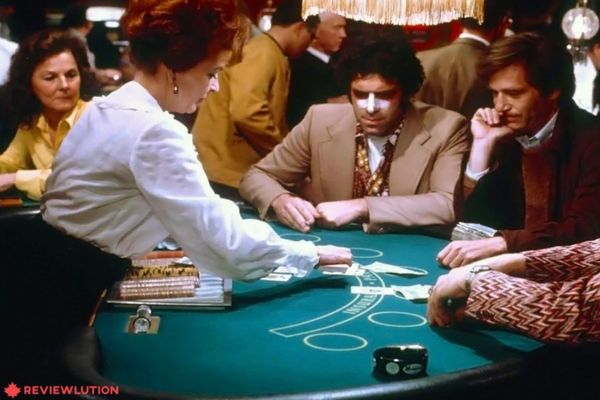 If you’re looking for good poker movies, this one’s a real cracker!

Billy Denny loves poker but hates his job. While in a card room playing Razz, he meets Charlie Waters, a world-class degen. Together, they decide to embrace life as professional gamblers, only to find that the poker world is not all fun and games.

California Split gives you a true insight into what it was like to be a professional gambler in the 1970s. Starring George Segal and Elliott Gould, this evergreen comedy shows you the casino glam but also the difficulties that occur in maintaining a certain kind of lifestyle, something which is commonly avoided in many other movies related to poker. 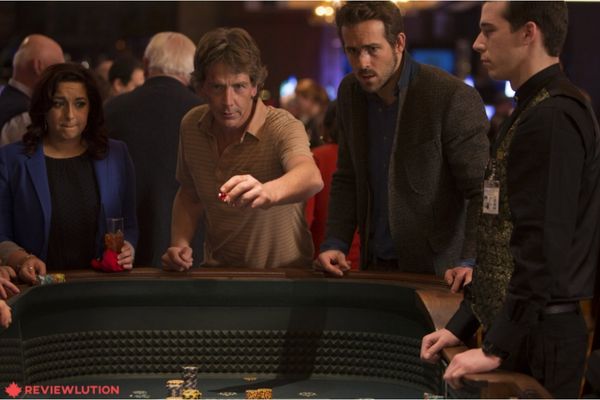 Mississippi Grind is a poker game movie that follows a losing poker player, Gerry, who meets Curtis, a travelling gambler. They quickly become friends, and Gerry convinces Curtis to stake him in poker games on their way to New Orleans.

Written and directed by Anna Boden and Ryan Fleck, the film received great acclaim after its initial release by A24, mostly due to the well-crafted story and the actors’ immaculate performance by the actors, thus earning its rightful place on our list of films about poker!

Wanna try some of the casino glam? Check out our selection of the best online casinos! 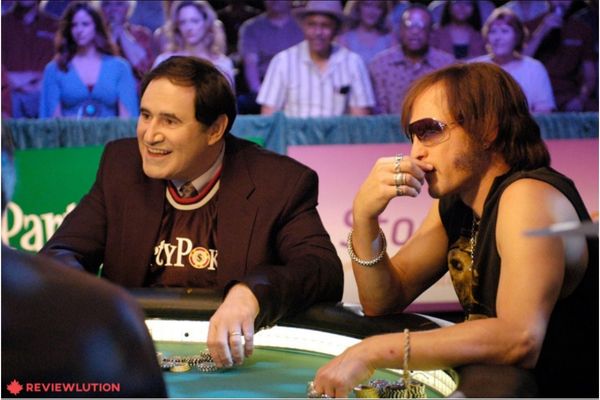 When Jack Faro, the grandson of a renowned poker player, loses all of his inheritance, he is forced to enter a poker championship to win back the lost money. However, he is met by some serious competition.

Directed by Zak Penn, The Grand is a witty improv mockumentary that takes a deep dive into the world of poker right in the middle of the poker boom.

Before We Get the Popcorn

So there you have it: an insight into some of the best poker movies that have been created. We hope that this has given your to-watch list a bit of a boost.

There have certainly been some incredible poker movies created over the years, but the 7 mentioned in this article are well worth a watch.