Ontario accounts for 100% of Canada’s light vehicle production. That being said, Quebec, Manitoba, and British Columbia are also important centres.

So, we dug deep to discover the latest Canadian auto industry statistics and get an insight into how the automotive industry has revolutionized Canadian society in so many ways.

Here’s a preview of what we found.

The Canadian Automotive Industry at a Glance

Additionally, the industry employs 125,000 people directly and another 400,000 in dealership networks and aftermarket services.

2. The automotive sector contributes over $19 billion to Canada’s GDP.

Canada’s entire automotive industry contributes over $19 billion to the country’s GDP. Auto and parts manufacturing in Canada contributed around $16 billion, according to the data published in August 2020.

That’s down to places from 2016, when Canada was tenth. The leader remains unchanged, and there’s little hope that anyone can surpass China when it comes to the number of vehicles produced. The second and third place belong to the United States and Japan, followed by Germany, India, and Mexico.

4. 85% of vehicles made in Canada are exported to the US.

In fact, around 13% of all vehicles made in North America come from Canada. The vast majority of these are exported to the United States. Canadian Vehicle Manufacturers’ Association members make around 60% of all vehicles assembled in the country. 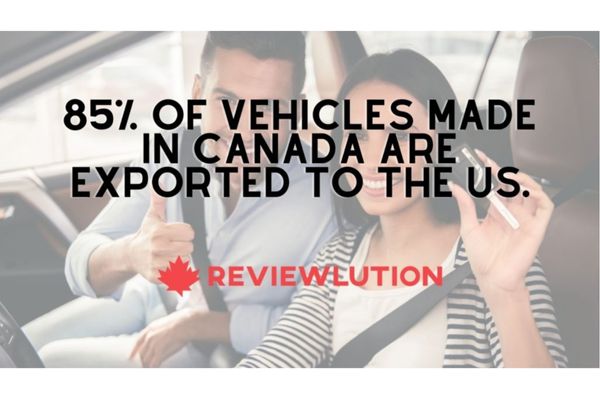 This percentage amounted to a total of 21,188 units, Canadian auto industry statistics for 2020 reveal. 94.1% of these were registered in Quebec. Altogether, around 67.4% of new zero-emission vehicles registered in Canada were battery electric vehicles, as the industry continues to move away from petrol.

7. The size of the car and automobile manufacturing market in the Canadian automotive industry is $13 billion.

Car part manufacturers in Canada employ 13,434 workers in 47 companies. But it’s not all good news, as the industry actually shrank at an alarming rate between 2015 and 2020. Due to high operational costs, many companies decided to shift production to Mexico or even the US.

8. The market size of the auto parts manufacturing segment is estimated at $5.6 billion at the end of 2020.

Auto manufacturers in Canada employ 14,818 Canadians in 343 companies and account for 16.8% of ‎manufacturing sales.

9. The market size of automobile electronics manufacturing is $2 billion.

Canadian automobile companies in this segment employ 4,613 workers in 128 businesses. While the segment enjoyed substantial growth between 2015 and 2019, the pandemic has reduced demand significantly.

10. The auto engine and parts manufacturing market in Canada is worth $4 billion.

The engine production segment of the automobile industry in Canada has 7,135 employees working in 133 companies. Demand and revenue are both expected to increase in the five years up to 2025. Additionally, the new United States-Mexico-Canada Agreement (USMCA), which replaced NAFTA on July 1, 2020, makes it more expensive to manufacture auto parts in Mexico. So auto makers are likely to think twice before moving production south of the Rio Grande.

11. A single auto part might cross the border up to eight times before being assembled in a vehicle unit.

Total NAFTA trade amounted to a whopping US$1.1 trillion in 2015, and US$230 billion came from the automotive industry. Auto industry news reveals auto parts make up for 55% of the trade between the three countries, while the vehicles make up for the other 45%.

This was a 1.8% rise from 2018 and is the largest number recorded so far. Canadian stats point out that while the overall number of registrations is increasing, the number of new vehicles is dropping, even though they’re cheaper to insure.

Buying a vehicle is the most common reason for taking out a personal loan in the Great White North.

Light motor vehicles account for over two-thirds of all registrations in the country. Passenger cars, light trucks, and vans that weigh less than 4,500 kg had 23.5 million registrations in 2019, an increase of 35,000 units or 1.4% from 2018.

Canadian industry statistics show that there are more SUVs, pickup trucks, and minivans than before, as the number of light truck registrations has increased. Registration of trailers rose by 2.5% or 194,000 units, and of off-road vehicles by 3.3% or 77,000 units.

Canadian auto industry statistics show the number of registered vehicles went up in almost all provinces. Up to 86.5% of registrations were made in Ontario, Quebec, Alberta, and British Columbia, which together accounted for 30.9 million vehicles. Connected cars are becoming increasingly popular, as the industry continues to embrace internet of things solutions.

The used cars market is huge in Canada, which is evident in the ageing of the vehicle fleet as well as in the numbers. Here are recent used car sales Canada statistics by year:

Sales are estimated to have declined by a whopping 18% in 2020 because of the pandemic. A decrease at an annualized rate of 0.7% was predicted for the last five years up to 2021, when sales should begin growing again.

17. The automobile wholesale revenue in Canada is expected to reach $67.8 billion in 2021.

18. Almost 86 million vehicles have been sold in Canada in the last 75 years.

Canadian have spent $1.8 trillion during the same period.

19. Ford has been the best-selling car brand in Canada for 11 consecutive years.

There are over 35 different car brands in Canada. Ford has been the most well-known and best-selling car brand for over a decade now. The Ford F-Series pickup is the best-selling vehicle across the US and abroad, holding this position for several decades.

Here are the car sales statistics for Canada in Q4 2020, by brand: 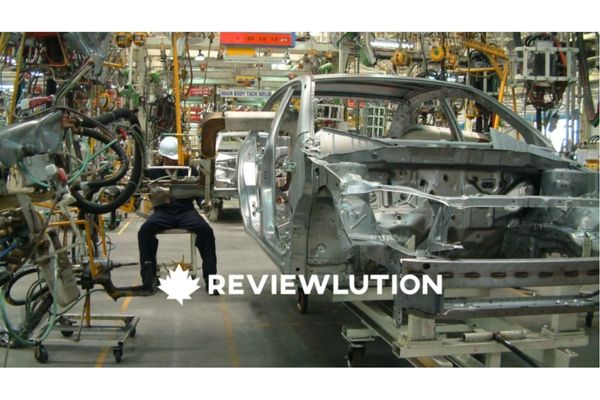 22. The average salary in the Canadian automobile sector is around $78,000.

The salaries of Canadian auto workers contributed $8.7 billion to the economy in 2019. As with all industries, salaries vary from job title to job title, ranging from $35,600 to $222,000. For every assembly job in the auto industry, there are nine more in upstream and downstream activities, giving the entire economy new job openings boosts.

23. Assembly workers’ wages are almost 30% higher than the national average.

The vast majority of jobs are full time, with hourly wages that are above the averages both in provinces and nationwide. Wages of auto assembly workers are almost one-third higher than the national average.

Here’s a list of average salaries in the automotive industry in Canada in 2021:

24. Employment in the automotive industry in Canada in 2020 was down by 13% in the third quarter.

The lockdowns forced many dealerships and assembly plants to lay off part of their workforce. By Q3 2020, employment was still down by almost 13%, but the industry gained back 15,000 jobs.

25. Women represent over 27% of the labour force of the automotive industry in the Great White North.

According to the statistics for 2016, women represented 19.9% of all motor vehicle manufacturing workforce and 13.7% of automotive repairing and maintenance employees. Last but not least, black women and women of colour represent 11% of the automotive workforce.

Canadian auto industry statistics show the industry is getting back on its feet in 2021. In Q3 2020, one of the leading automotive companies in Canada, Linamar, announced that 94% of workers had returned to the assembly lines.

Employment recovery is slow but seems to be definite. Even so, Canadian auto parts suppliers warn that the car and truck inventory is low and faces new shortages.

Finally, Canadian auto sales statistics report that the sales have recovered somewhat, even if the effects of the pandemic are still ongoing and visible.

How big is the automotive industry in Canada?

The Canadian automotive industry is one of the largest industry sectors in the country, contributing over $19 billion to GDP. It employs 125,000 workers directly and another 400,000 in aftermarket services and dealerships.

According to the car ownership statistics for Canada, there were 35.7 million registered vehicles in the country in 2019, the highest number of cars recorded so far. It represents a 1.8% increase from the number of registrations in 2018. Out of that number, 23.5 million were passenger cars, light trucks and vans under 4,500 kg.

What is the top-selling vehicle in Canada?

With 145,064 units sold in 2019, the Ford F-Series is the best-selling vehicle in Canada over the last decade, according to Canadian auto industry statistics. Additionally, Ford pickups have been at the top for an astonishing 54 consecutive years, dominating the top of the market for half a century.

How many used cars are sold in Canada each year?