Are you looking to invest in a new home? Or perhaps you’re simply curious about the current state of the Canadian housing market?

Then you have to catch up with the essential Canadian household debt statistics.

What is household debt?

Household debt is the total debt of all people living in one household, which consists of consumer debt (goods purchased on loan), and mortgage loans.

Remember that little thing called the Global Financial Crisis of 2007/8? Well, it was probably caused by dangerously high household debt, more specifically, bad debt to income ratio. Only if debts go up and incomes stay the same (or, even worse, go down), we have a problem.

Nowadays, Canada household debt statistics again show some warning signs, so let’s dive right in and see what is happening in this country.

According to data from Q2 2020, mortgage debt ($1.55 billion) accounted for the major part of the total debt, with $802 billion in non-mortgage loans and consumer credit. We are still waiting for the new data on Canadian household debt, although it’s obvious that mortgage debt increased while consumer and non-mortgage debt probably decreased.

In Q4 2019, total household income was $1.97 trillion, while in Q4 2020, it increased slightly to $ 2 trillion. This does not necessarily mean that COVID positively impacted our economy. However, it does mean we are learning how to deal with it appropriately.

These are very curious Canada income statistics, and there are many ways to explain them – inflation, government measures for attenuation of the COVID economic impact, development of modern branches of the economy, and more. Indeed, it is quite surprising that the global economy continued to grow in spite of what’s probably the biggest crisis in the 21st century.

3. Total debt payments have decreased since the pandemic started.

Canada had a rather efficient response to COVID, and the government advised banks across the whole country to offer COVID relief – suspended mortgage payments, loan, and credit card deferrals. These are probably the main cause of reduced total debt payments in 2020.

According to the most recent Canadian debt statistics, more than 775,000 mortgage deferral requests were submitted up to September 2020, and more than 771,000 of these were approved.

This slight decrease could be attributed to more careful spending since the start of the COVID crisis.

In 2020, the average Canadian debt, including mortgage, was $73,500. It might come as a bit of a surprise, but there was only a slight increase in Canada’s personal debt from pre-COVID levels. In 2019, Canadian debt levels stood at 72,950.

Interestingly enough, non-mortgage debt (car loans, credit cards, etc.) decreased in 2020 as people were simply buying less, stores were shut down and, generally, people were reluctant to spend money on non-essentials. The average consumer debt in Canada (excluding mortgages) was around $23,000 in 2020.

Naturally, these numbers vary significantly across different provinces. For instance, Alberta had the highest non-mortgage debt per capita, while Manitoba had the lowest average debt.

6. Middle-aged Canadians owe the most money.

Younger people, aged 18 to 25, owed $8,847 at the start of 2020. We’ll have to wait for data on the most recent period to come out to see how the COVID impacted average Canadian debt in different age groups.

What this means is that, for each dollar they have, Canadians owe $1.71. Simply put, Canadians owe much more money than they earn and actually have at their disposal.

Because knowing how much money people owe is not enough to appropriately describe the economic situation. You can owe a lot of money, but if your income’s high enough, your financial situation will be fairly stable.

Because people spend less, this ratio actually decreased during the pandemic – in Q4 of 2019, Canada’s debt to income ratio was higher – around 180%.

This is a good thing, but we may just be experiencing the calm before the storm. That’s because it’s harder and harder for Canadians to pay their mortgage debt, which accounts for an increasingly higher percentage of their total debt. So, if incomes don’t continue to rise, the debt to income ratio will most certainly go up. 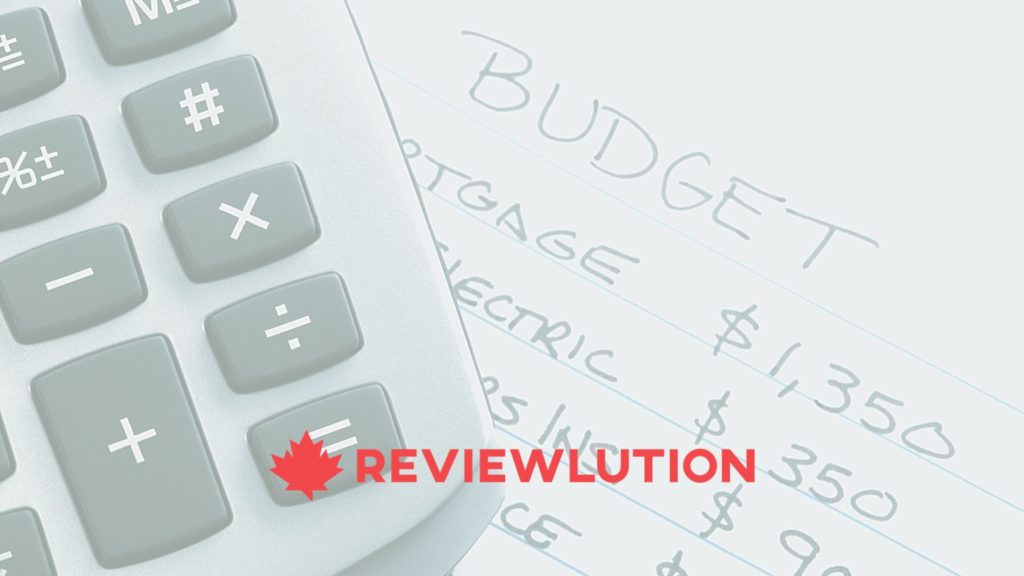 We hadn’t seen such growth since 2010 – in one year the total mortgage debt mushroomed by $118 billion. Canadian mortgage statistics reveal people increased their spending in this sector due to low-interest rates, with property prices marking a sharp rise.

Why is that a problem?

The financial crisis of 2008/2009 was primarily caused by dangerously lucrative mortgage loans and low-interest rates that attracted a lot of people to buy properties they couldn’t actually afford.

Additionally, Canadians in debt also rely heavily on generous government financial aid, and it is questionable how things would develop in case COVID-19 restrictions persist with the government ceasing its help.

However, half of all citizens earned below $37,800, which is the median yearly income. Median statistics are sometimes more relevant than averages, especially in the case of highly skewed variables such as average income.

According to the most recent Canadian net worth statistics, the median net worth of Canadian families was $329,900 in 2019. Once again, the median is a much better measure as there are about 1 million millionaires in Canada. People with such high net worth drag the average up, while in reality, most people are nowhere near the average.

Families living in Vancouver and Toronto are the wealthiest. Montreal citizens have the lowest median net worth. Calgary, Winnipeg, Edmonton, and Ottawa-Gatineau rank somewhere in the middle.

11. Less than one-third of all Canadians are debt-free.

The percentage of Canadians in debt is on the rise, and only about 30.2% of all Canadians do not owe any money.

We’ve already seen that seniors generally speaking don’t have large debts, and this is true if we consider debt-free Canadians. 56.7% of senior-led families are debt-free, unfortunately, we’re seeing this number decreased in the last few decades. This is most likely due to high mortgages and increased usage of credit cards.

Credit score is a complex metric with a lot of different parameters: history of payments, debt level, credit length, diversity, etc. In Canada, people with credit scores equal to or larger than 650 are considered financially stable and banks are more likely to give them loans.

13. Canada household debt was much lower in the past.

In 1980, the outlook was much more positive – the disposable income ratio was only 66%. Simply put, the average Canadian took out smaller loans and was able to pay them off more quickly.

Surging property prices and increased tendency to purchase goods on credit are by far the biggest contributors to the change in the debt to income ratio that happened in the last few decades. Nowadays, more and more Canadians (about 70%) can’t buy property without resorting to bank loans.

Fast forward to the end of 2014, and Canadian consumer debt stats show a much different situation – $1.8 trillion worth of household debt.

Experts generally agree that most Canadians are fairly responsible in terms of their spending and credits. So, this drastic increase in Canadian household debt in the last five decades is largely due to changing global and societal trends.

15. The increase in debt coincided with the post-World War 2 economic boom and a change in Canadians’ financial mentality.

The Great Depression of the late 1920s and 1930s and the Second World War made people wary of personal loans, credit, and debt. Back in the day, Canadians saw debt as something quite negative, to be avoided at all costs. This inevitably affected Canadian debt statistics.

After WW2, larger loans became more widely available and people slowly caught on. Still, it wasn’t until the end of the 1990s that we witnessed a prominent surge in total household debt.

In other words, Canadians and debt have a complex relationship:

Older generations, born in the 1930s and 1940s generally regarded saving as virtuous and good. In contrast, the generations that grew up in more economically relaxed conditions embraced debt as something good. 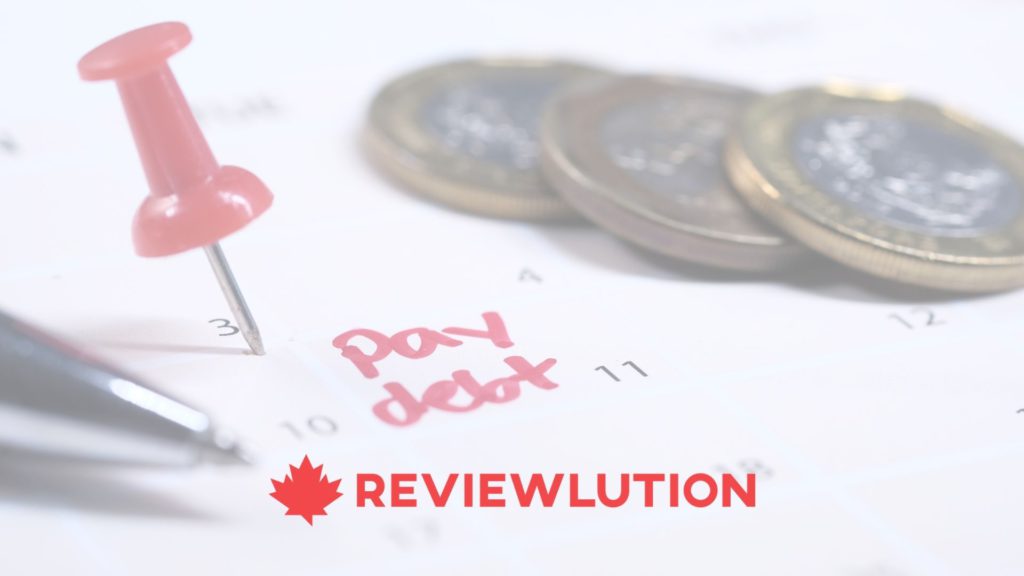 16. Improvements of the credit score system since its introduction in 1971 have made it easier for middle-income Canadians to get favourable loans.

Back in 1971, computers weren’t really powerful and could handle only a few variables, which means that Canadians in those days didn’t have the same chances of getting credit approval.

But as technology improved at a tremendous pace, computers could take on more and more variables. As a result, the credit approval system became fairer to everyone, especially those Canadians who previously couldn’t even dream of mortgage debt.

Some experts think there’s a positive correlation between financial literacy and absolute debt levels. This means that modern Canadian debt household debt statistics may reflect a general increase in the level of education of the population.

17. Total debt in Canada has hit record levels practically every year since measuring started in 1961.

Through the 1960s and 1970s, total Canadian debt was far below US$200 billion. Initially, debt growth was quite slow and uniform.

And then things began to change:

By the end of the 1980s, debt surpassed US$ 400 billion and continued to increase drastically through the late 1990s and early 2000s, when it surpassed the US$1 trillion milestone.

Even though more and more Canadians have bigger and bigger debts, this doesn’t necessarily mean we’re going to see another Great Recession. Yes, in both cases we have very high mortgage debts, a booming property market, and lucrative interest rates.

However, Canadian household debt statistics reveal Canada’s financial institutions haven’t made the mistake that started the last crisis – giving large loans to risky households with poor financial history. On the other hand, there was no global pandemic the last time around.

Statistics on Canadian household debt in 2020 and beyond are generally positive. Provided Canada continues to handle the pandemic well, we won’t see any dangerous perturbations, let alone a new financial crisis.

How much debt does the average Canadian household have?

If we consider the statistics on average family size (approximately 3 individuals), the debt amounts to US$146,000 – which is double the average debt per capita.

Why is Canadian household debt so high?

Canada is experiencing heavy population growth. As a result, more and more people want to buy property, which is the biggest contributor to household debt. Property prices are on the rise too.

How much household debt is OK?

It’s not the size of debt but the ratio between disposable incomes and debt plus the general financial stability of your household that you should keep in mind. The Canada Debt Calculator provided by Credit Canada can help you crunch the numbers and get a general idea.

What percentage of families are in debt?

What percentage of Canadian homeowners are mortgage-free?

According to Canadian household debt statistics, 34% of homeowners have mortgage-free properties. These homeowners are also more likely to be generally debt-free, regardless of the type of debt. 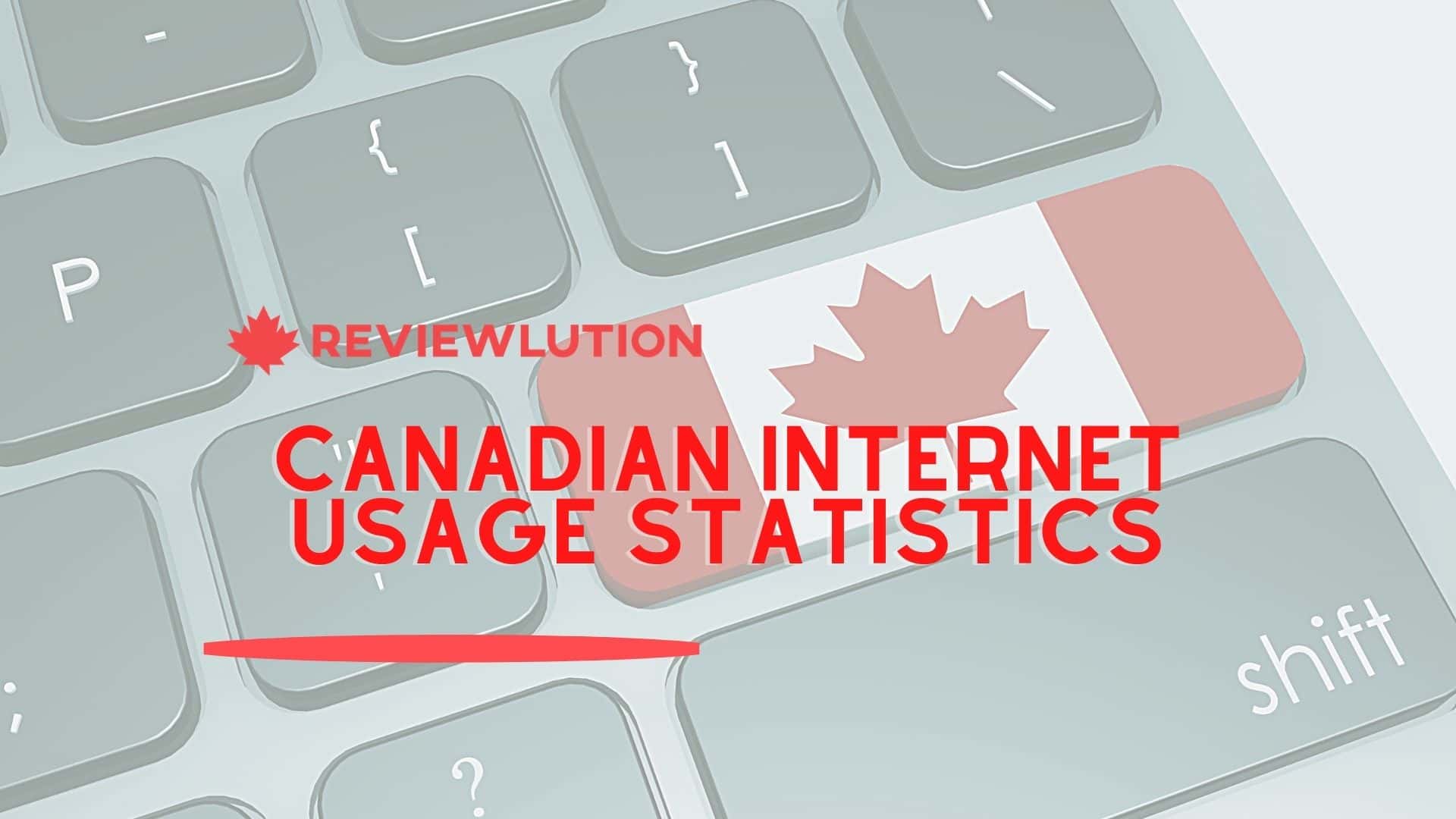 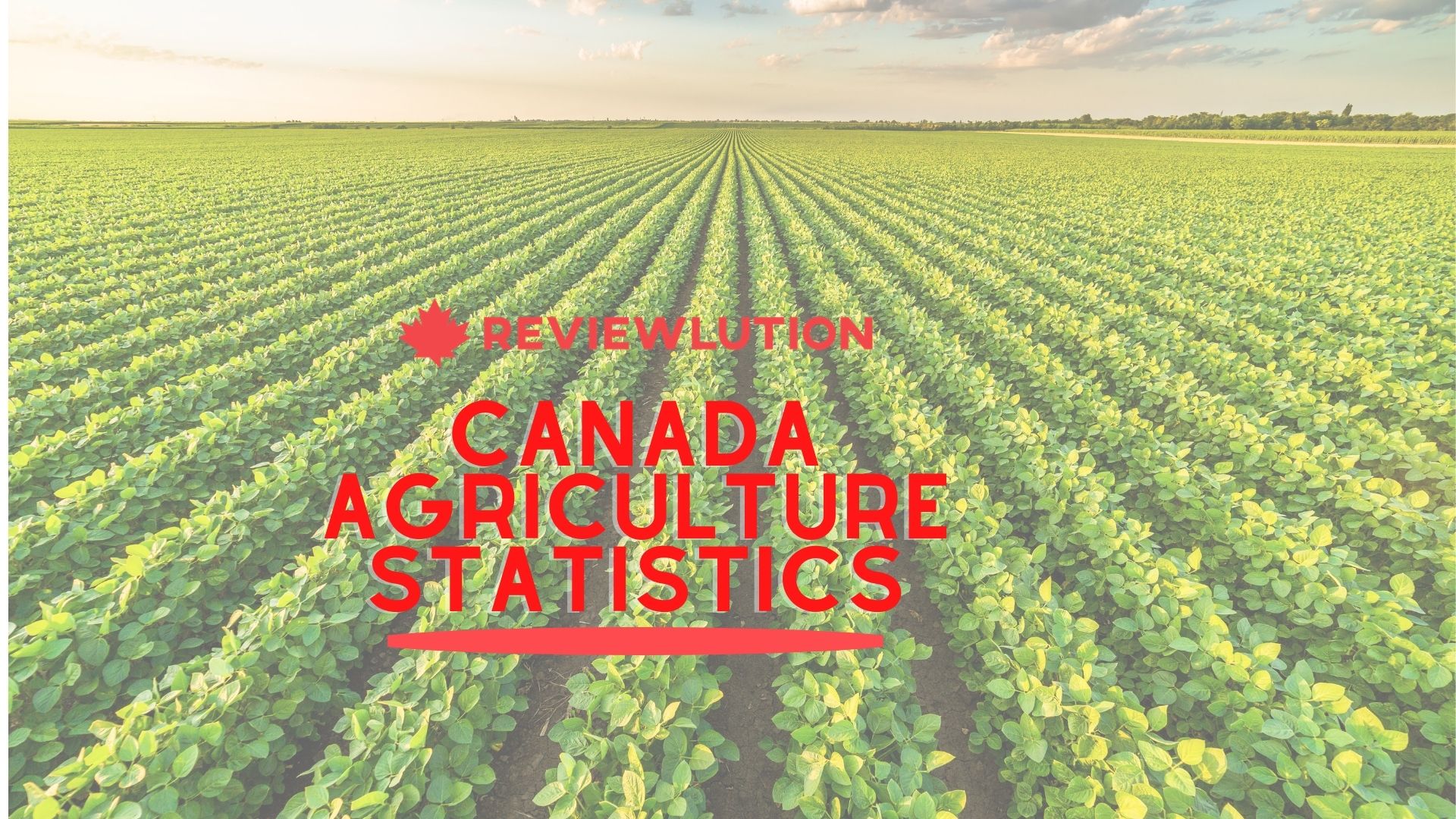 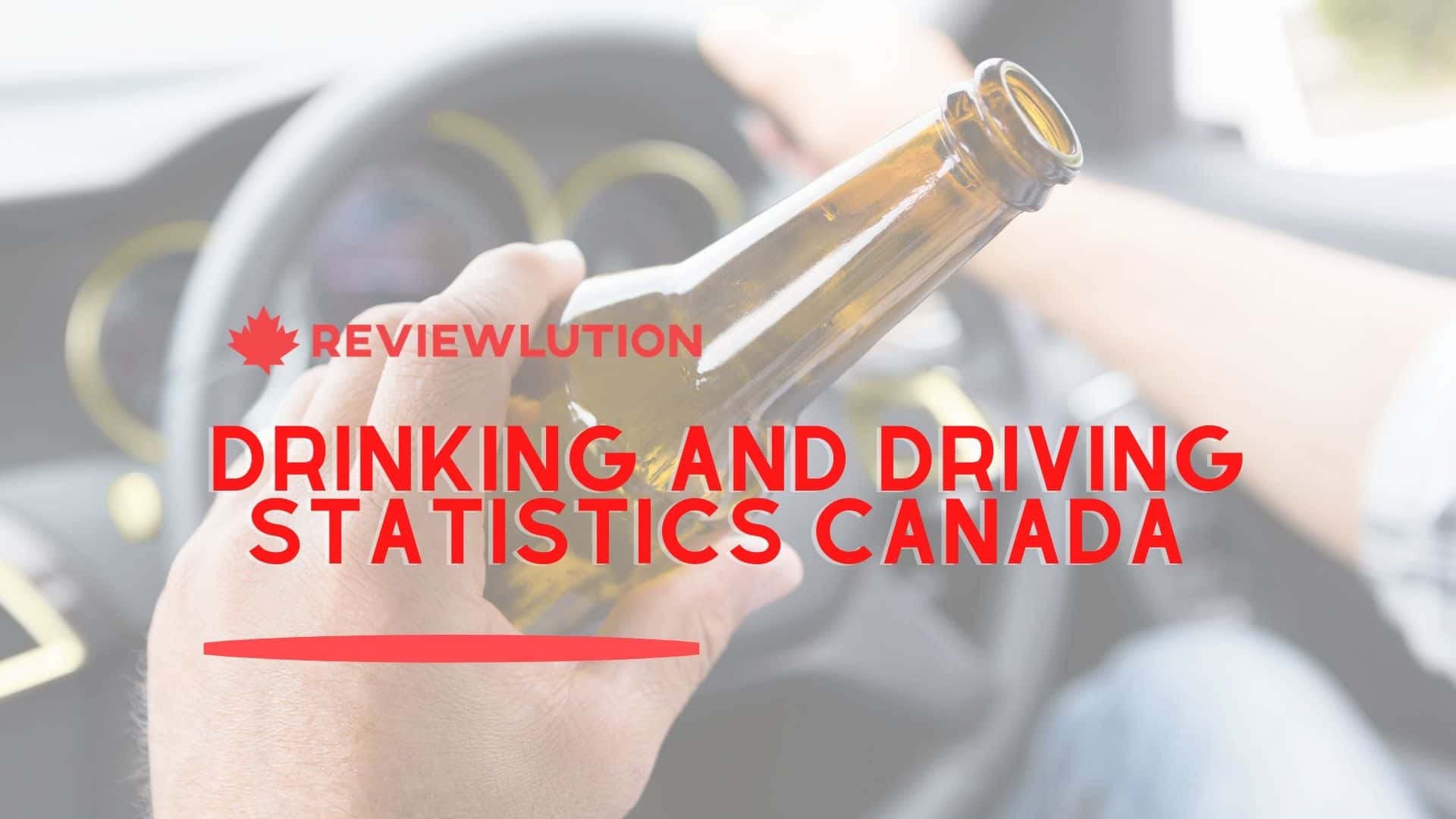 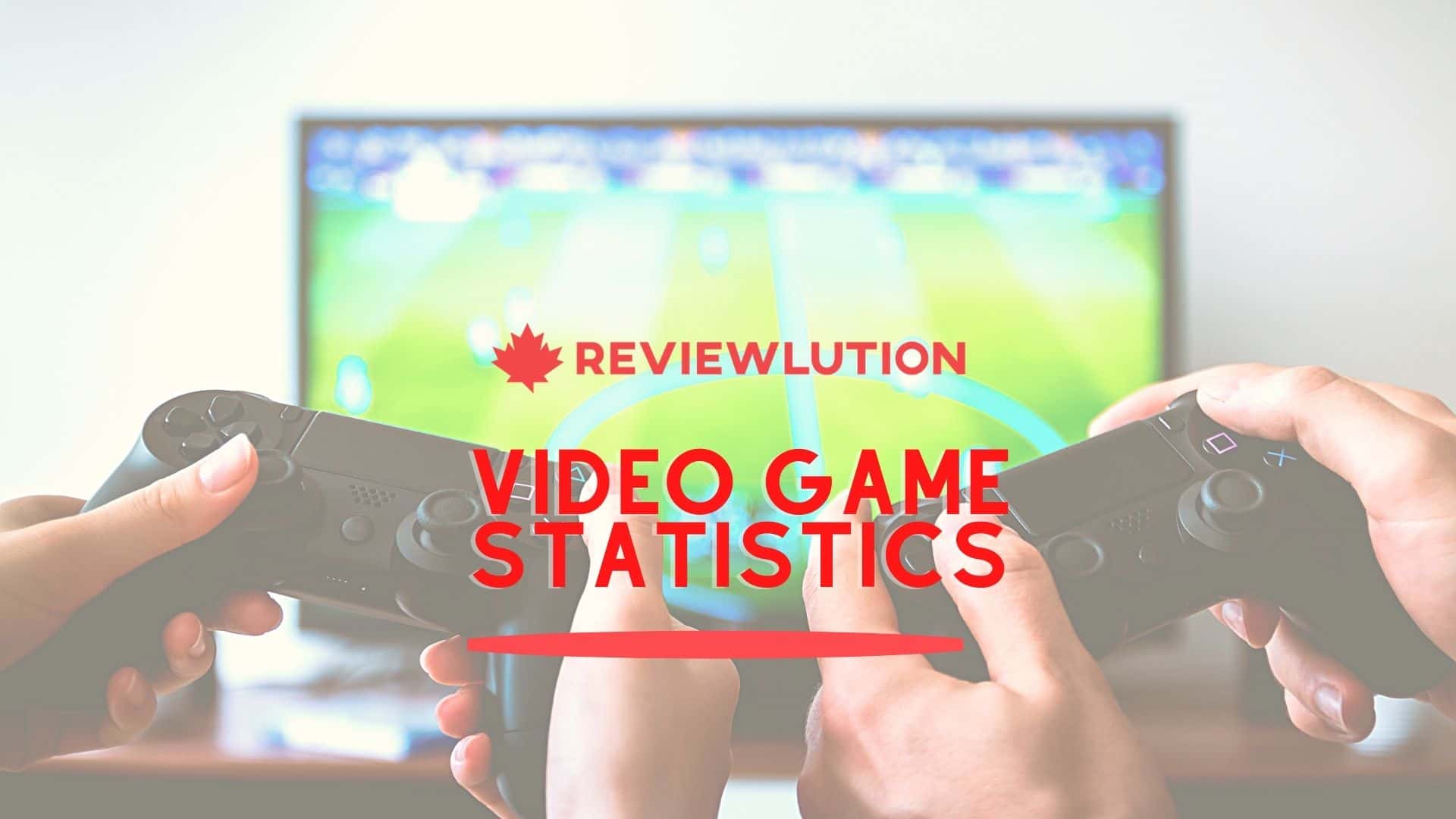 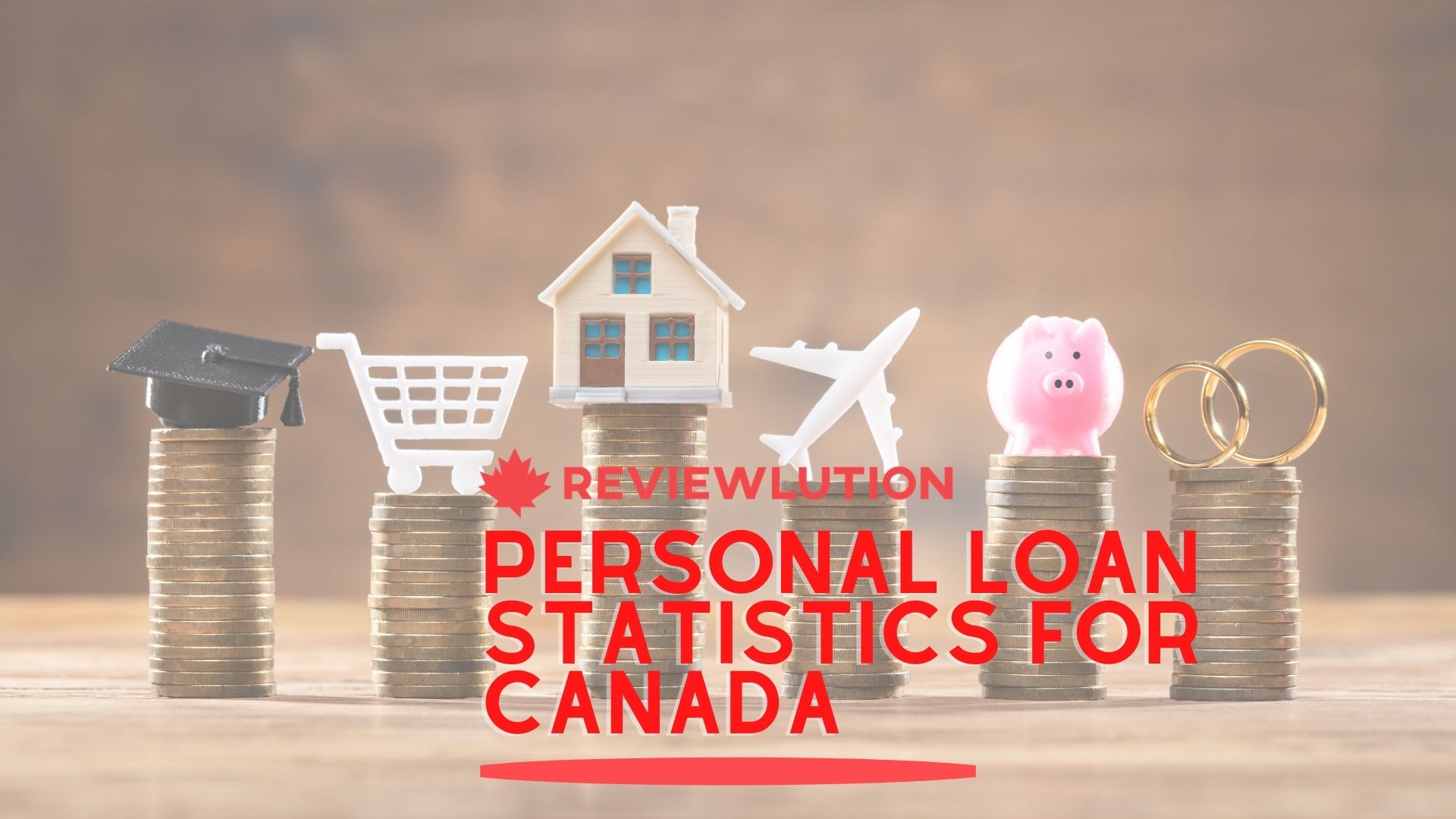