What is cloud computing?

Cloud computing is somewhat like outsourcing a whole department of a company. For example, you can outsource storage aspects or computational statistics so that you can focus your resources elsewhere.

Cloud technology has improved quite a lot in recent years. As a result, developed countries like Canada have particular ways to address issues, challenges, and opportunities that arise due to cloud technology.

1. In 2020, all cloud computing and storage companies generated more than $US340 billion.

According to cloud computing statistics from 2020, all cloud services were on the rise in terms of revenue, without any signs of slowing down. The global potential for development is vast. Big regions of Africa, Asia, and even South America are still waiting to develop infrastructure that would allow for efficient employment of cloud computing services.

The definition of software as a service (SaaS) involves at least two parties – the cloud service provider who has the appropriate infrastructure and specific applications employed by the consumer. Within this model, the consumer doesn’t own the software in any way and doesn’t have the right to change it, except within the scope previously allowed by the service provider.

SaaS is what we mostly use in everyday life. For example, using a web browser or an email is usually a SaaS type of activity.

IaaS means “infrastructure as a service.” The IaaS definition is – providing infrastructure for various activities (operating systems, applications, storage), while the service provider usually is not the only one to be able to control the software directly.

It’s safe to say that within the IaaS model, the consumer has more control of the software than with SaaS. So, things like virtual machines, networks, and storage are some of the main components of IaaS.

4. According to cloud computing statistics from 2021, Canada’s IaaS market is expected to reach  $US1.5 billion by the end of the year.

PaaS means “platform as a service.” Within this model, consumers utilize the provider’s infrastructure to run applications that the provider did not necessarily develop. The consumer doesn’t usually have control over the infrastructure and the platform itself. 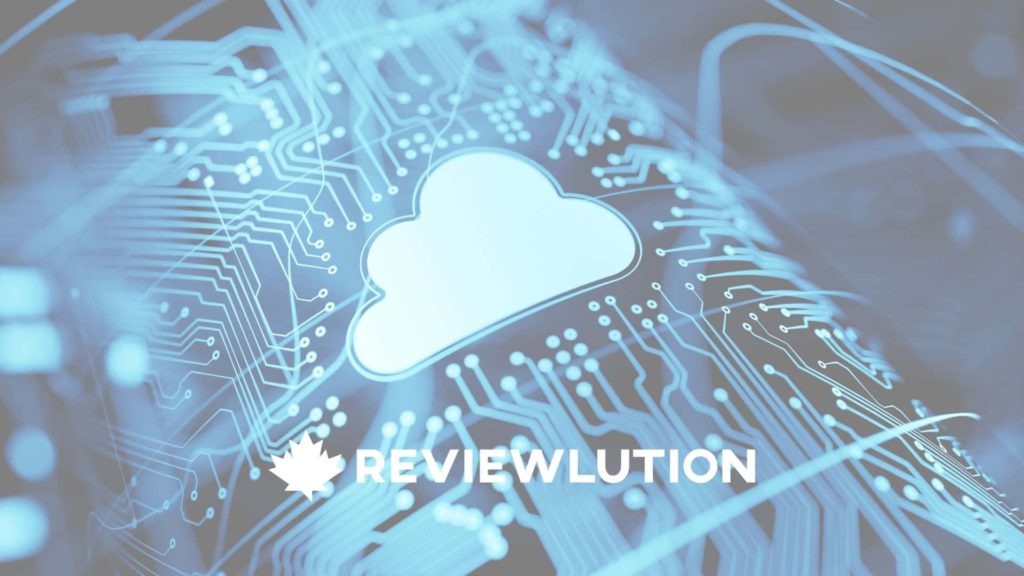 6. Public cloud is by far the most utilized deployment model worldwide and the one with the largest revenues.

Although it’s pretty challenging to compare the market sizes of public, private, and hybrid models exactly, it’s safe to say that public clouds bring in the most cash. In part, this is due to the widespread adoption of cloud services in the developed world.

The biggest public cloud providers are:

7. With more than 30% of the market share, AWS leads the industry.

In Q4 2020, AWS had by far the biggest chunk of the cloud market share, with 32%. Azure was net with 20%, and Google came a distant third with 9 %. AWS’s market share also has the highest growth rate, which has only increased during the COVID-19 pandemic.

These companies are not only public cloud providers. However, public services constitute the majority of their revenues and offers.

As far as Canadian cloud computing is concerned, we see that in 2020, 29% of the IT budget of all Canadian businesses was allocated to public clouds.

Public cloud spending in Canada will nearly double between 2019 and 2023. In 2019, it amounted to US$5.8 billion. This represents a 16% CAGR over a four-year period, which only shows that global patterns of cloud spending and market size are manifest in Canada, too.

9. Public cloud services are adopted by around 92% of all Canadian businesses.

As a part of the wider Government of Canada Cloud Adoption Strategy, we see more and more Canadian businesses investing in cloud computing. This particular stat goes only for SaaS adoption, and it shows that virtually all businesses use some form of SaaS services.

10. 34 and 47% of all Canadian cloud computing companies use IaaS and PaaS in one form or another.

According to the most recent cloud computing statistics, IaaS and PaaS are somewhat less popular among Canadian businesses. However, some news agencies hypothesize that we should expect a further increase in the adoption of the latter two models.

We see that the share of the private cloud market is not as big as the public one. This is because most businesses do not have to opt for private clouds, at least not entirely. However, those who really have to pay attention to the security of information usually choose private cloud providers.

12. VMWare leads the private cloud market, with a 7% share.

Generally speaking, the situation in this segment of the market is more balanced than that in the public cloud market, where Amazon and Microsoft take the lion’s share. IBM has significant shares in both markets – 4% in private and 5% in public. While there are fewer private cloud users, those who do employ these services pay much more than public or hybrid cloud users.

The hybrid model is probably the one for the future, especially for businesses that might choose to use private clouds for particularly sensitive data and public clouds for not-so-sensitive activities.

We’ve seen that service cost is also a factor, and hybrid models provide great flexibility when it comes to price accommodation. This way, businesses may opt for public clouds in case of unexpected financial problems.

14. 41% of all Canadian organizations plan to invest in hybrid and multicloud technology.

This is indicative of the most recent trend in the world of cloud computing in Canada. As mentioned earlier, cloud computing is not a battlefield where different models fight for primacy. Rather, most companies will benefit from combining different types of cloud services, going back and forth between public, private, and communal clouds.

15. Community cloud is the least popular solution, with only a US$1.5 billion market share in 2017.

According to the most recent cloud computing statistics, the value of community cloud market segment should reach 6 billion US$ by 2023. Simply put, community cloud is when different stakeholders from the same community (not necessarily in the geographical sense) invest together in cloud infrastructure which they then share.

So this is basically like public cloud, but instead of opting for Amazon or Microsoft, some businesses may choose to develop their own clouds that are public only within a strictly defined community. 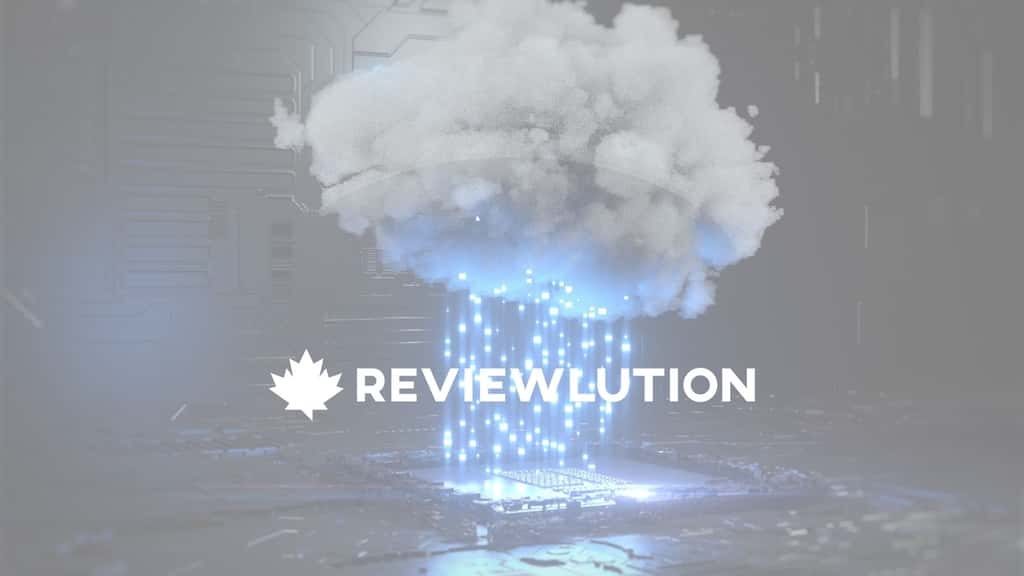 16. Eleks, with US$25+ million annual revenues, is one of the biggest cloud companies operating in Canada.

Headquartered in Toronto, the international IT hub, Eleks has an incredible opportunity to thrive in the silicon valley of Canada. It employs more than 1600 experts. In addition to its North American presence, it has several offices in Europe.

17. Leonovus received significant investment from the Canadian government, with $1.5 million worth of software sales.

This may not sound like a lot, but Leonovus is a very specialized Canadian cloud computing company, and the Department of National Defence uses its services. This is a big move since countries would rarely outsource such important activities unless they are entirely sure of the quality and confidentiality of Leonovus.

18. Sync.com, with a $1.71 million annual revenue, is one of the biggest Canada cloud hosting companies in terms of the number of users.

Sync.com is based in Toronto and offers 5GB of free space for starters. This is a sort of standard in the market, as iCloud Canada, for instance, also offers this exact amount of free cloud storage space. Sync.com has 400,000 users in Canada.

19. eStruxture, from Montreal, focuses more on industrial partners, and it works with 900 clients.

The clients are primarily businesses in telecommunications and the banking sector.

Keep in mind that in this section we’ve only touched upon cloud Canada companies. However, as far as absolute market share and popularity are concerned, the big three (Amazon cloud storage Canada, Microsoft Cloud Azure, and Google Cloud) are by far the most popular cloud providers.

In 2016, the combined revenue of the ten biggest Canadian SaaS companies was somewhere around $5.7 billion. D&H was the biggest SaaS company in terms of revenue, with $1.6  billion, and it is followed by Mitel, which cashed in $1.5 billion in 2016 alone.

Cloud computing statistics come in handy to people who are planning to invest in this modern technology. This is an excellent idea since there are no signs of the cloud computing market slowing down its growth.

We’ve seen that cloud computing in Canada closely follows global trends, with all the big global players reappearing in Canada’s market, too. However, there are also many specialized Canadian cloud providers, that, instead of trying to battle the big players like Amazon, Microsoft, and Google, try to provide custom-tailored cloud services in Canada.

What are the 3 types of cloud computing?

There are different ways to categorize cloud computing. If we consider the types of services and ownership of software and infrastructure, three types of cloud computing appear – IaaS, SaaS, and PaaS. If we take availability as the most important factor in categorization, public, private, hybrid, and community cloud systems emerge.

How much money does cloud computing make?

Cloud computing made around $US340 billion in 2020. However, this number is already quite old, as cloud computing is one of the market segments with the fastest growth. That figure is expected to grow further to US$400 billion by 2022.

What are the largest cloud computing providers?

On the global scale, Amazon, Microsoft, and Google are the largest provider, in that descending order. This is also the case for cloud computing in Canada.

What is cloud computing, with an example?

Cloud computing is already an essential part of our everyday life. If you write an article in Google Docs, guess what, you’re using cloud-based services (SaaS more specifically). Or, say, you don’t want to use any storage space on your computer, so you load your files to Google Drive – now you’re using cloud storage space. Most people and even businesses mainly use SaaS.

Best Low Interest Credit Cards in Canada: Who Takes the Crown? What Is an Assignment Sale? An All-Around Guide What Is a PC Money Account? A Detailed Guide for 2022 Best Business Credit Card in Canada: The Ultimate Selection 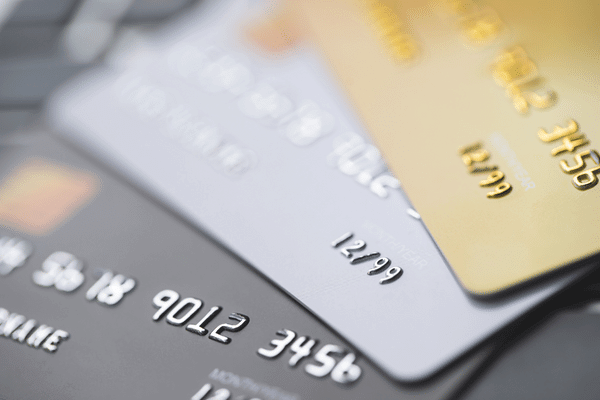 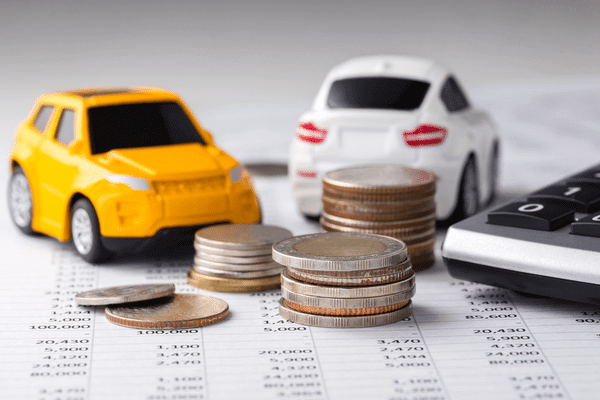 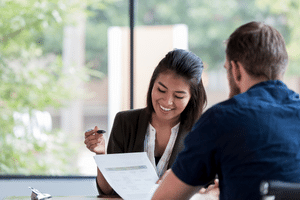