There were 76.2 million credit cards in circulation in 2021.

But where did it all begin?

The history of credit cards can be traced back to the early 1900s when merchants and banks started issuing metal tokens or ‘checks’ that could be used as currency. However, these early credit cards were not widely used, and it was not until the 1950s that the first modern credit cards were introduced.

The Invention of Credit Cards 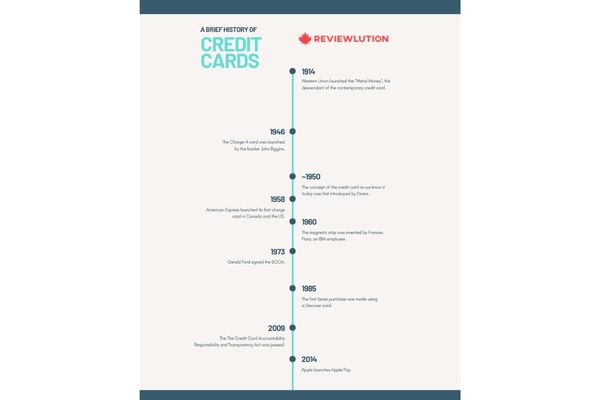 “Metal Money” is basically the first-ever concept of what is today known as a credit card. This was the first consumer card to appear on the market.

The Charge-It card, one of the first of this type, was launched in 1946.

The origin of credit cards goes way back.

Designed by the banker John Biggins, the Charge-It card could be used within a two-block radius of the Biggins Bank. To think that people could only use it within such a limited space, it’s so fascinating how much credit cards have evolved today, right?

You may be interested: What is a Purchase Interest Charge?

The concept of the credit card as we know it today was first introduced in the 1950s by Diner’s.

This was the first version of the credit card, but it wasn’t very popular among people, as the card was made out of metal and wasn’t very convenient to carry around. At this point, credit cards did not have the user’s name imprinted on them.

In 1958, American Express launched its first plastic credit card in Canada and the US.

American Express introduced the first plastic charge card in 1958. This payment method was intended for use only when funds were available and required monthly settlement at the conclusion of each month.

In 1966, to cater to the upper echelon of business travel, American Express released its first gold card. The AmEx Platinum card debuted in 1984.

The magnetic strip was invented in the 1960s by IBM.

Forest Parry, an IBM went to invent the magnetic strip which is located on the back of today’s credit card.

You may be interested: What Bills Can I Pay With a Credit Card?

This was the first credit card legislation to be passed.

In 1985, the first Sears purchase was made using a Discover card.

On September 17, 1985, a Sears employee from the Chicago area made his or her first purchase with a Discover card at a Sears store in Atlanta. Test marketing begins in Atlanta and San Diego before moving to the entire country.

Read more: How to Get Approved for a Credit Card in Canada?

When it comes to credit card legislation history, the Credit Card Accountability Responsibility and Transparency Act of 2009 is a consumer protection statute that was passed to safeguard consumers from unscrupulous credit card providers by increasing transparency in credit card terms and conditions as well as imposing limits on charge and interest rates.

Apple Pay allowed users to connect credit cards to their iWallet to be able to pay using their phones (tap-to-pay). The feature is now known as Google Pay.

According to Jonathan Kenoyer, the practice of representing financial transactions with a worthless object dates back 5,000 years, when the Mesopotamians used clay tablets to conduct trade with the Harappan civilization.

While a slab of clay with seals from both civilizations may have been more difficult to manage, it certainly beat out melting down tons of copper because copper is valuable, but clay is not.

You may be interested: Best Secured Credit Cards in Canada

This was the basis for the first metal credit card, which carried on to receive numerous improvements.

As the need for credit cards became increasingly more necessary, it was inevitable that the technology would change with the times, but it all started off pretty simple:

The idea of having a personalized credit card had many people excited because they could avoid carrying a lot of cash around with them, but as time has passed modified technology (such as chips) has made credit cards even more efficient and secure.

For example, the magnetic strip was a credit card invention introduced as a way to make cards more secure. This strip contained all of the information needed to authorize a purchase, so if a thief managed to get a hold of your card they wouldn’t be able to use it without the information on the strip.

Another advancement in credit card safety was the introduction of chip cards in the 1990s. These cards had an embedded microchip that generated a unique code for every transaction. This made it much more difficult for thieves to use stolen credit cards, as they would not be able to generate a unique code without the chip.

What Does the Future Hold for Credit Cards? 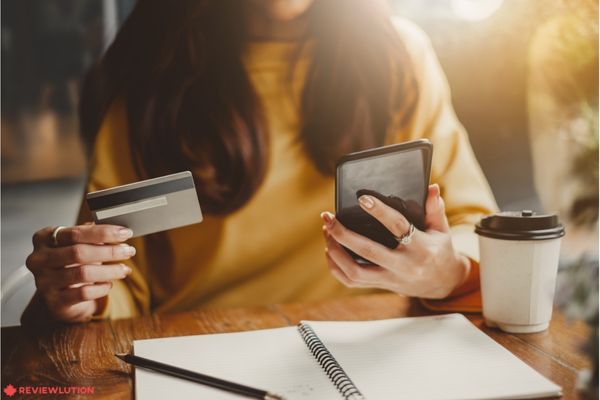 One of the most popular projections when it comes to credit cards in the future are cryptocurrency cards.

What is more, artificial intelligence is playing an increasingly important role in the credit card industry. Credit card companies are using AI to help them make better decisions about who to lend money to, and they are also using it to help them detect fraud. Additionally, AI is being used to create more personalized customer experiences.

The history of credit cards shows us that the future of credit cards is still unknown and that there are many possibilities for its evolution. Given the emergence of cryptocurrency and AI technology, we are yet to experience the potential benefits that this industry is about to come up with!

When were credit cards invented?

The first-ever credit card was invented in the early 1950s by a man named Ralph Schneider.

When were credit scores invented?

The history of credit cards reveals that the first credit score was developed in 1950 by a man named Bill Fair and Earl Isaac in an effort to revolutionize businesses by credit scoring.

How many credit cards should you have in Canada?

The recommended number of cards to have ranges from 2-3, although it is possible for some people to carry up to 10 cards. The total debt per card that is considered a risky balance would be about 50%.

We have a detailed guide on this, make sure to check it out.