With the prevalence of gambling in today’s society, it’s mind-boggling to think of a time when this activity didn’t exist (or was banned).

But if there’s one thing we know about gamblers, it’s that they persevere, even when things seem hopeless (sometimes to a fault!). Well, the art of gambling has also had a turbulent history in Canada, with origins dating back to the 1400s.

Let’s explore the history of gambling in Canada and go over a few expectations for the future!

Origins of Gambling in Canada

The earliest known record of gambling dates back to the Paleolithic period. But since that was a time before written history, we don’t know much more.

Researchers have found the earliest six-sided dice dating back to 3,000 B.C. in Mesopotamia and one of the first pieces of evidence of gambling dates back to a dice game from 2,300 B.C. in China.

Admittedly, it took a while for the activity to reach the Great White North.

Unfortunately, we can’t pinpoint the exact moment people began playing games of chance, but we do know that the first record of gambling in Canada comes from the Indigenous people thousands of years ago. At that time, people used to play with animal bones in a game called Slahal (that’s still played today), while Canada hadn’t even been born yet!

The monarch was concerned that his archers spent too much time playing dice. Fueled by fear they were neglecting their duties and causing safety breaches, the king swiftly prohibited any and all dice games.

During his explorations of Canada, John Cabot claimed the territory for England. And since the land was now technically under British rule, the ban went into effect here as well. Cabot discovered that Native populations were playing games with cards and noted that such activities were spiritually, mentally, and emotionally charged.

The big horse racing event held on July 1st, 1767 marked the commencement of official gambling events. Canadians from all walks of life congregated in Quebec City on the Plain of Abraham to watch horses neck and neck for the prize money. Modesty, a mare ridden by Captain Prescott, ultimately won the event and earned $40 (or $1,558 following inflation).

The then-government added every form of gambling to the Canadian Criminal Code in 1892. At the time, morality and religious views were all the rave, and legistrators were obligated to satisfy the masses. However, the ban opened the doors to an underground gambling network of players running illegal dens.

In 1900, people started playing bingo and raffles for charity.

After realizing the economic potential of some betting games, the government made amendments. Namely, in 1900, bingo and raffles were no longer banned if they were for charity.

In 1925, fairs and exhibitions were allowed to hold gambling events.

25 years later, the government made more amendments to the Criminal Code and allowed fairs and town exhibitions to host gambling events as many acknowledged the value of this type of entertainment.

After recognizing the importance and potential of lotteries, the government decided to amend the Code yet again and approve this type of gambling. Consequently, federal and provincial governments began using lotteries to fund certain projects.

In 1970, all provinces reserved the right to licence and regulate gambling.

Following the many amendments and the government’s turning a blind eye to illegal gambling schemes for decades, law changes gave each province the right to implement, licence, and regulate gambling on its territory.

In 1974, the first lottery was held to raise funds for the Montreal Olympics.

5 years after the legalization of lotteries, Canada held the first game in an effort to raise funds toward the Montreal Summer Olympics, since the Stadium was expected to cost $250 million (it ended up costing $1.4 billion)! The government raised $15 million for the Games and offered a $1 million tax-free jackpot, the biggest lottery payout ever at the time.

In 1985, gambling became legal in Canada.

Finally, after many amendments and special conditions, Canada legalized gambling and sports betting, but not single-game wagering, as the latter would wait until 2021 for official legalization.

In 1989, the first land-based casino opened its doors.

The long-awaited lifting of the ban gave way to the first government-owned casino to ever grace the land of Canada. This commercial venue was called Crystal Casino and was located in Winnipeg, Manitoba. Although it was owned by the government, it closed its doors in 1997, leaving 2 other gaming centers to absorb its operations.

In 1994, Canadians could play at online casinos.

Although online casinos were (and still are) illegal in Canada, the government didn’t block Canadian gamblers from playing on offshore betting platforms. But the online casinos then stood behind a wall of screeching sounds from dial-up Internet and shabby graphics. Plus, they also provided a limited catalogue of games, which dissuaded Canadians from playing. 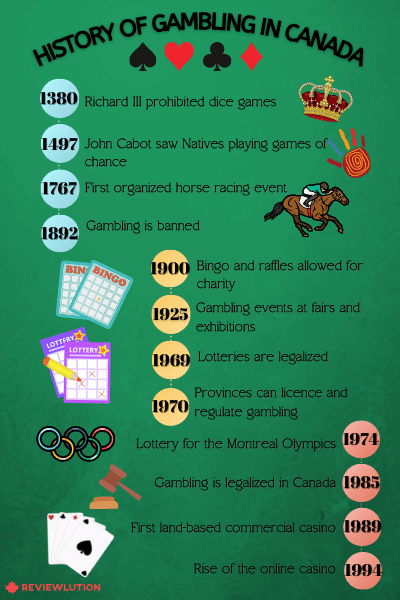 Want to know what the current gambling conditions in Canada are? We’ve got the details.

What Is the Current Gambling Situation in Canada?

$12.5 billion. This is the 2021 revenue of the gambling sector in Canada. And it’s not even surprising considering the fact that 75% of Canadians have indulged in gambling of some sort.

Today, gambling is undoubtedly one of the largest entertainment spheres in Canada. And as the number of players gradually grows, so does the casino count in the country. In fact, Canada is home to an estimated 200+ licenced gambling establishments, where you’ll find over 76,000 slots and more than 2,200 table games.

Brick-and-mortar casinos offer virtually everything under the sun. But as most players will admit, a person is mostly drawn to a few specific games. Check out the most popular forms of gambling and the most frequently played amongst Canadians:

And as proof of Canada’s love for games of chance, we even have Daniel Negreanu to show!

Gambling can be all fun and games, but it’s essential to heed warnings of addiction. Unfortunately, such forms of entertainment can be problematic, even detrimental for many Canadians.

According to the 2018 Canadian Community Health Survey (CCHS), more than 300,000 Canadians are at a moderate-to-severe risk of gambling-related problems. And with the legalization of single-event sports betting in 2021, these numbers are expected to rise.

Without a doubt, though, online casinos have certainly trumped traditional physical locations. And although Canada prohibits registering online gambling sites in the country (except for the Mohawk Territory of Kahnawake), there are no restrictions or regulations for playing online at offshore casinos, which many Canadians do.

If you’re interested in online gambling, but don’t know where to start, check out this article for the best Canadian online casino!

Future of Gambling in Canada

As one of the most lucrative markets in the world today, gambling will undoubtedly be around for centuries to come.

By the looks of it, digital casinos will be giving traditional ones a run for their money. And with the accessibility of online gambling and the hassle-free experience, it’s no surprise people come in droves to bet from the comfort of their homes.

Canada is quickly shaping up to be one of the most important regions for casino entertainment. Gone are the days when we were overlooked!

Online casinos are being updated consistently and we regularly see a slew of new banking methods, security measures, and encryption technology. So it’s safe to say that, as apps are becoming an industry standard, we could be seeing advances in mobile gambling.

In the far future, however, perhaps we’ll be witnessing virtual reality casinos, where players use online casinos and receive a real-life experience. Additionally, we can expect land-based casinos to adopt elements of augmented reality and personalization.

With an interesting past and a bright future, gambling has dug its roots into Canada’s entertainment. Hopefully, this article on the history of gambling in Canada has been as fun for you to read as it was for us to write.

And with so many developments in betting, we might be saying goodbye to our traditional gambling habits relatively soon!

When did Canada start gambling?

There’s no way to know when gambling really appeared in Canada. Before the British came to the land, it was inhabited only by Indigenous people, who played their own games of chance with sticks, bones, and pebbles. Unfortunately, there was nobody there to record it. One thing’s for sure though, it was a long time ago!

When did gambling become legal in Canada?

Gambling was made legal in Canada in 1985, but it took several years after that for the gambling industry to develop and enter the mainstream.

What is the history behind gambling?

It’s assumed that gambling has been around since the Paleolithic period. But we can’t be certain because the history of gambling could have stretched even farther back with no written records of its existence. We do know that lotto games and dominoes could be found in China as early as the 10th century, while the more popular games, like poker, date back to the 17th century.

What year did gambling start?

It’s presumed that gambling has been around since the Paleolithic period, before written history. A six-sided dice dating back to 3,000 B.C. is thought to be the earliest dice ever discovered, while the first records of gambling come from 2,300 B.C. 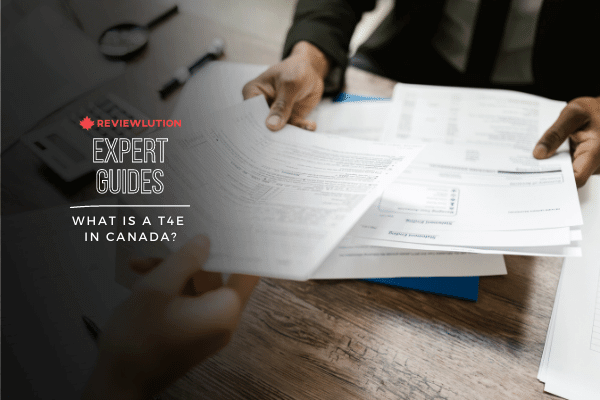 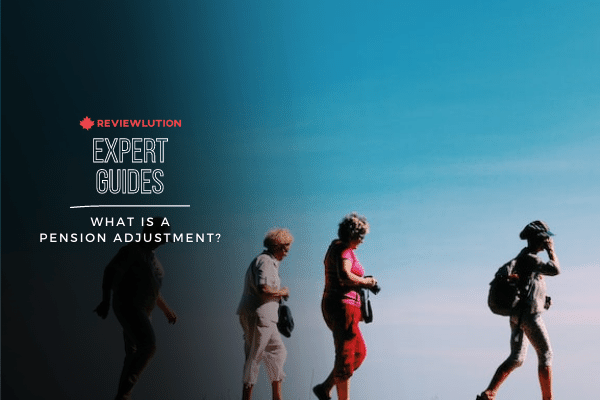 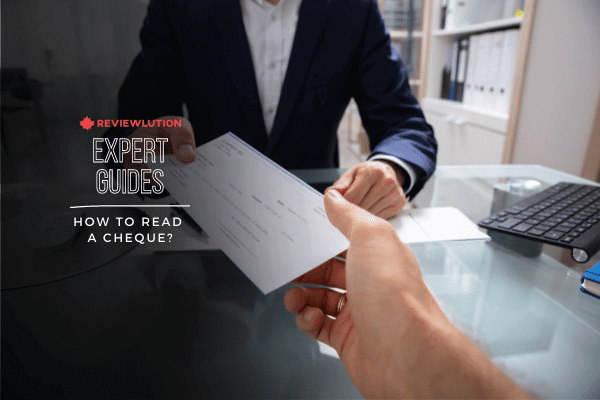