Approximately 235,000 Canadians are homeless. Unfortunately, this number has been rising continuously over the years. With root causes such as poverty, domestic violence, or lack of employment, homelessness in Canada is becoming a booming epidemic.

In this piece, we will be looking at some shocking numbers related to homelessness and trying to figure out – what’s going on?

How Many Homeless People Are There in Canada? 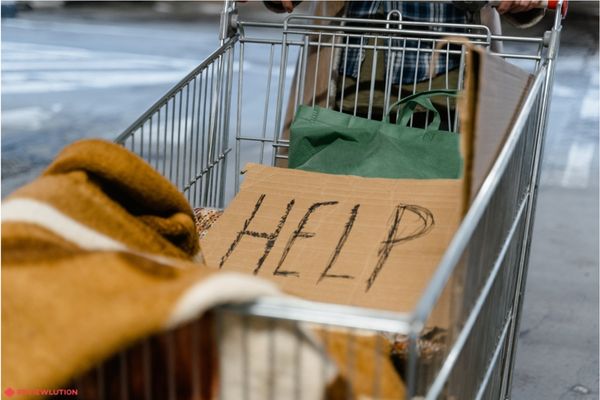 Unfortunately, a lot more than we’d like. As we mentioned previously, the number of homeless in Canada has increased these last few years.

It’s important to mention that it’s difficult to correctly count all the dispossessed in a given country or region. Many are so-called hidden homeless (staying with friends temporarily or living in squats) and don’t factor in official figures, thus making results unreliable.

The Homeless by City

It’s no surprise that Toronto holds the most significant number of homeless people in Canada. Therefore, 10,000 homeless live and roam in the largest Canadian city.

Unfortunately, this number has almost doubled over the years, as it was approximately 8,700 in 2018. Additionally, 533 lived on the streets, compared to 6,400 staying in shelters in Canada.

During Greater Victoria’s PiT count in 2020, on the night of March 11, at least 1,523 people were experiencing homelessness. Furthermore, there are strong indications that homelessness in British Columbia is closely connected to the lack of affordable housing in the province.

According to statistics on homelessness in Canada, there are dispossessed people in every city. However, it has become a major social issue in most urban centres, like Montreal, Vancouver, Calgary, and Edmonton.

The Homeless by Age and Sex

Contrary to popular belief, no specific type of person is most likely to become homeless. Instead, statistics prove that there are homeless of all ages and sexes staying in shelters.

However, what’s most concerning is the number of homeless children in Canada living in shelters, which was around 3,000. Only in Nanaimo, 10.7% of homeless people were under 25 in 2020.

Unfortunately, the government believes this number has increased over the past few years due to the pandemic. Sadly, the real numbers are still a mystery because of a lack of surveys.

How Many are Employed?

Employment status varies across homeless communities. Research has proven that many unhoused are eager to find permanent employment and are thus working diligently to fulfill that goal.

The “working homeless” have been drawing more attention to themselves. Therefore, 2016 was the first time PiT counts featured the number of homeless people generating income.

As newer counts are not yet available, we have some numbers from previous years.

Why do People Become Homeless? 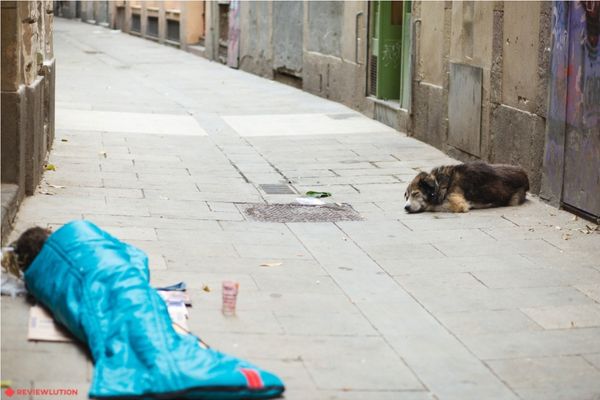 In reality, absolutely anyone could become homeless. However, it’s no secret that the root cause is poverty. Apart from this, numerous other underlying issues might cause someone to lose their home, such as:

Additionally, it seems that being part of the Indigenous community can significantly increase your risk of becoming homeless, with over 30% of unhoused identifying as First Nations. Furthermore, by combining the above reasons with the lack of affordable housing, it’s no wonder the homeless population is growing.

Luckily, Canada’s government attempts to fight the homeless epidemic with all their might. A helpful resource available to the homeless in Canada is 24/7 emergency shelters.

In Canada, there were 423 emergency shelters in 2019, with 16,271 permanent beds. Some accommodation is specifically for men or women, but around 37% serve both. Aside from these, youth shelters are also somewhat commonplace, making up 22% of all accommodation.

The City of Toronto has tried to tackle homelessness with varying results so far. However, the city provides shelter space for approximately 6,800 dispossessed, spread across 75 permanent and 26 temporary sites. Some of these sites were added as part of the 2021/2022 winter plan. Moreover, Toronto has the most extensive shelter system in all of Canada.

However, recent developments have unfortunately pushed back the solution for the homeless population. As homeless encampments grow across Canada’s biggest cities, officials have been slow to react. Individuals are being uprooted and dragged around without a long-term residence and nothing seems to be changing for the better, since the road to affordable housing seems long.

Moreover, Toronto has released new data showing that 40 people a night on average are turned away from homeless shelters due to a lack of available beds and are left on the streets. Advocates condemn the government’s inability to provide a real solution for destitution, and rightfully so.

What Can We Do About it?

Now that we’re equipped with the knowledge and have learned about the brutal reality of homelessness in Canada, what do we do?

Sadly, we can’t do much as individuals, as most preventative measures and permanent solutions are brought forth by the government.

However, that doesn’t mean we can’t do anything!

The homeless in Canada need someone to be their voice, as theirs is often unheard. Therefore, being an advocate for the unhoused is a significant first step. Other things you can do are:

Additionally, it would significantly benefit the homeless population if the more fortunate supported acts for building affordable and sustainable housing, and not just shelters. This notion is the focus of the “Housing First” approach to ending homelessness, which makes concerted efforts to move the dispossessed into permanent housing as soon as possible, without subjecting them to readiness requirements or training.

Popularized by clinical and community psychology practitioner Sam Tsemberis, the model’s aim is to ensure the homeless are housed before they are given support, as research has shown that people will move forward much more easily if they have a solid roof over their heads.

The core principles of Housing First are comprehensive:

Luckily, through initiatives such as the one above and Reaching Home: Canada’s Homelessness Strategy, chronic homelessness is expected to fall by 50% by 2028. Hopefully, such plans will brighten the future of many dispossessed.

We’ve reached the end of the most important homelessness statistics. Hopefully, you’ve gained a new understanding of what it means to experience homelessness in Canada. We encourage you to use this knowledge for good and lend the homeless a helping hand.

They’ll be grateful for it, trust us.

Which Canadian city has the most homeless people?

Homelessness in Canada is most prevalent in Toronto. According to statistics, there are over 10,000 homeless people in Toronto currently.

Is homelessness increasing in Canada?

Unfortunately, homelessness is increasing in Canada due to numerous factors, such as the COVID-19 pandemic, inflation, poverty, and lack of affordable housing.

What province in Canada has the most homeless people?

Ontario is the Canadian province that has the most homeless people, as it is also the most populated province overall.