Owning a car is a major responsibility that comes with a lot of inherent risks. One of the most common risks is being involved in an accident, which can not only be costly but also cause serious damage to both you and your vehicle.

In Ontario, these accidents may have different consequences, both immediate and long-term. If you’re interested in learning more about how long an accident stays on your record in Ontario, keep reading to find out.

How Long Does an Accident Stay on Your Record in Ontario?

Your insurance record is a history of the accidents and claims you’ve made over a certain period of time. This record is used by insurance companies to help them determine your risk level and calculate your premiums.

A car accident will stay on your driving record in Ontario for six to nine years, though some providers may go as far back as 25. Generally speaking, the effects of the accident itself will likely cause your rates to increase for at least three years, in accordance with the Highway Traffic Act (HTA).

What factors influence how long an accident stays on your record in Ontario?

Several key factors will play a role in how long an accident stays on your driving record and insurance history, including:

Fault determination rules in Ontario are used to assign responsibility to one or more drivers involved in an accident. If you’re found to be at fault, this will likely have a bigger impact on your record than if you’re not.

The way this is done is by looking at the police report, talking to witnesses, and reviewing any available evidence. Once all this is considered, a decision will be made as to who was most at fault for the accident. Whether you’re partially or fully charged, this will still likely result in an increase in your rates.

Changes in Your Driving Record

Your previous driving habits play a big role in how long an accident stays on your record. For example, if you have a clean driving record with no accidents or claims, you’re seen as less of a risk than someone who has been through several collisions. High-risk driving habits, such as speeding tickets, not wearing a seatbelt, or DUI all go into your driver’s license history in Ontario.

How Long Do Demerit Points Stay on Your Record?

How Much Does an Accident Affect Your Premium?

If you’re in a one-at-fault accident in Ontario, you can expect your premiums to increase by about 20-40%, though sometimes the bump can be as high as 200%. This largely depends on the severity of the accident and any other factors that may be in play.

On the other hand, a more than one at-fault accident will result in an even bigger increase, often triple the original premium. This is because insurance providers see multiple at-fault accidents as a sign of high-risk behaviour.

If you already have tickets or accidents on your record, you can expect an even greater premium boost. You’ll once again be viewed as a high-risk driver and someone who is more likely to get into another accident, which leads to an increase in insurance rates.

How Much Will my Insurance Go up With an At-Fault Accident?

The no-fault insurance in Ontario is a policy that’s designed to protect you after an accident, no matter who is found to be at fault. All drivers are required to have this type of insurance, which covers things like medical expenses and lost wages.

While no-fault insurance will protect you financially after an accident, it doesn’t do anything to lower your premiums. Whether you’re in an in-fault or non-fault accident, you can still expect your rates to go up.

In any case, accident forgiveness is an effective way of lowering the costs associated with an at-fault accident. This feature is normally offered to individuals with clean driving records who have been with the same insurance company for a certain period of time.

By signing up for accident forgiveness, you can protect yourself from rate increases in the event that you’re in an accident where you’re at fault. This means that your rates will not go up, no matter how much your insurance company’s claims cost. 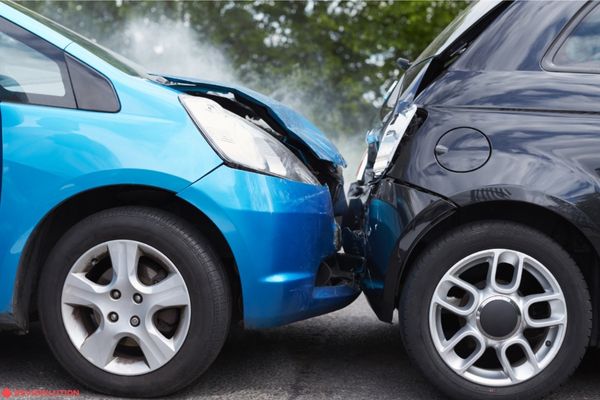 Most Common Types Of At-Fault Accidents

There are a number of different types of accidents that can be classified as at-fault, but some are more common than others. To better understand how these collisions can affect your rates, it’s important to know which ones are most often to blame.

This is one of the most common types of accidents and is typically caused by following too closely, distracted driving, or sudden braking. In a rear-end collision, the driver who hits the other car from behind is almost always found to be at fault.

Accidents that involve only one vehicle are usually the result of poor road conditions or driver error. These accidents can be caused by anything from speeding to falling asleep at the wheel, which is why they’re often classified as at-fault scenarios.

Running a red light or stop sign can often result in an accident, especially if there’s oncoming traffic. These types of accidents are almost always the fault of the driver who failed to obey the traffic signal and can be costly to all parties involved.

Improper lane changes may often result in sideswipes or head-on collisions. These accidents can be caused by a number of factors, including distractions, inexperience, or simply not looking before changing lanes. The driver who fails to check their blind spot is usually considered guilty.

With the rise of mobile devices, distracted driving has become one of the leading causes of accidents. Using a phone, eating, or fiddling with the radio can all take your attention away from the road and lead to an accident. In most cases, the driver whose attention was diverted will be found at fault.

Driving under the influence of drugs or alcohol is one of the most dangerous things you can do on the road. These accidents are almost always serious and often result in fatalities. If you’re found to be impaired, you can expect to be charged with a DUI, which will cause your rates to skyrocket.

As things stand, accidents will almost always result in higher premiums. Careless driving habits can be costly, so it’s important to be aware of the risks before getting behind the wheel. If you do find yourself in an accident, make sure to exchange information with all parties involved and contact your insurance company as soon as possible.

How to remove violations from driving record in Ontario?

If you want to remove a minor violation from your record, you can take a defensive driving course. This will erase your ticket and could even lead to a discount on your premiums.

How long do you have to report an accident in Ontario?

The car accident claim time limit in Ontario is typically two years from the date of the incident.

What happens if you get in a car accident with no insurance and are at-fault?

If you’re involved in an accident and found to be at-fault, but don’t have insurance, you could be fined up to $5000. You may also have your license suspended and your vehicle impounded.

What happens in car accidents when a pedestrian is at-fault?

If a pedestrian is at-fault in an accident, they could be fined or even charged with a crime. The extent of the penalties will depend on the severity of the accident and any injuries that were sustained.

What happens if you're in a car accident with an uninsured driver not at-fault?

You could be entitled to compensation from your own insurance company as long as you have collision coverage.

How long do tickets stay on record?

Similar to the question of ‘how long does an accident stay on your record in Ontario?’, the answer to this question depends on the severity of the offense. Minor violations will stay on your record for three years, while more serious offenses can remain for up to ten years.

When Biljana first started off her career, she was focused on economics, which was also her area of professional study. However, in time, she started to familiarize herself with the concept of insurance, which instantly struck a chord, allowing her to constantly upgrade her knowledge and eventually become an insurance aficionado. When she's not writing, she loves to go on hikes and explore various natural surroundings.

Rental Credit Check in Canada: An All-Around Guide How Does Rent to Own Work in Ontario? How to Find a Mortgage Lender on a Property: A House Hunter’s Guide Motorcycle Insurance in Ontario: All You Need to Know in 2022