Are you looking to find out how many quarters are in a roll in Canada? How many nickels? Dimes? Well, look no further because we’ve got you covered. We’ve done our due diligence and discovered how much Canadian coin rolls are worth and how many coins each roll fits so you can understand your loose change better.

How Many Quarters Are in a Roll?

First, let’s start with the star of the article – the Canadian quarter. Believe it or not, the quarter has the richest history than any other Canadian coin. Below, we’ll look into one of the most commonly used items in every Canadian’s life. 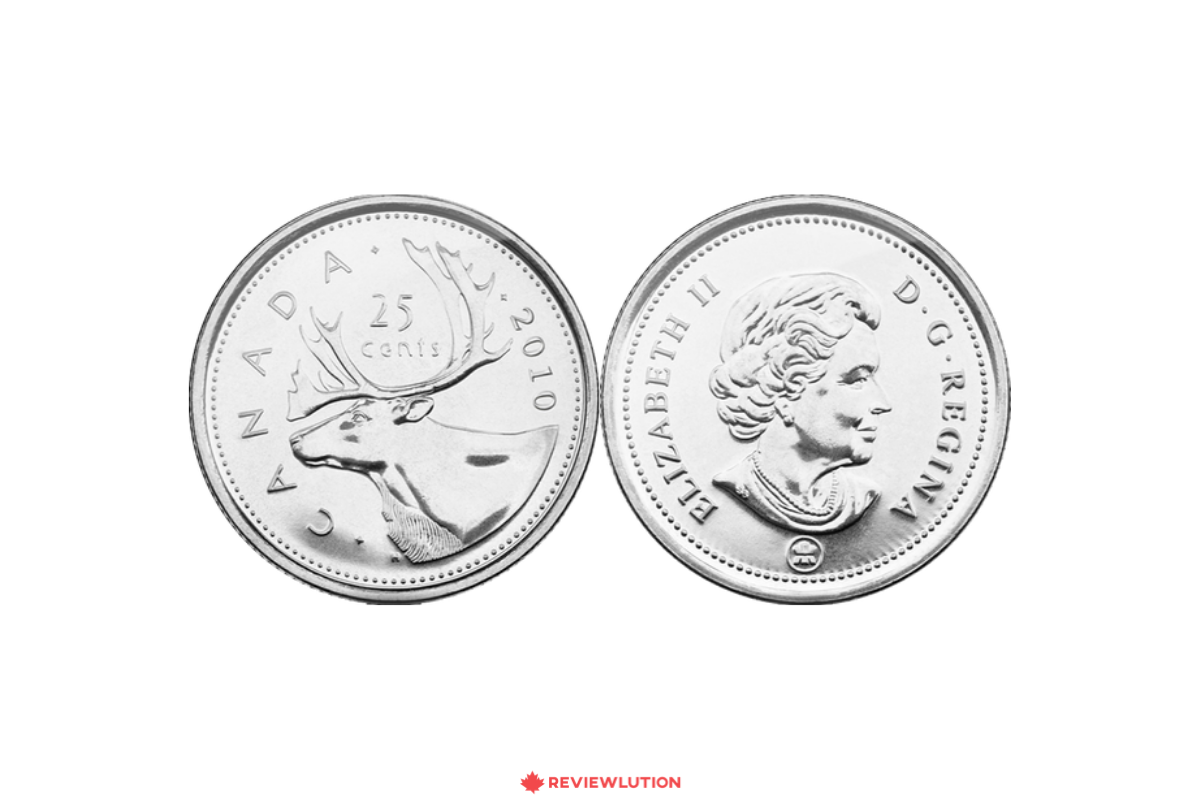 Although most coin rolls in Canada look similar, they have some distinctions. For example, quarters are usually covered in plastic or paper wrappers with the colour orange incorporated.

What is a Canadian Quarter?

The quarter is a Canadian coin worth 25 cents or one-fourth of a Canadian dollar. So, this is how it got its name – short for a quarter dollar. It’s a silver-coloured round coin with the image of the sovereign on the “heads” side and a caribou on the “tails” side.

However, the reverse side of the quarter has shown other images except for the caribou. For commemorative occasions, like the 100th anniversary of the Canadian confederation, the quarter was adorned with an image of a bobcat. Moreover, in honour of Remembrance Day in 2004, the quarter featured a corn poppy on the reverse, as a symbol in Canada of the day.

Furthermore, the Royal Canadian Mint produces all of Canada’s circulating coins, including the quarter. The quarter has had many years of minting, 151 to be exact, as it’s been in circulation since 1870, barely three years after Canada’s establishment as a self-governing entity.

As with any coin, you can purchase rolls of quarters from the Royal Canadian Mint, most banks, and some coin dealers. Additionally, you may be able to find them at some large retailers, as well.

But how much does a Canadian quarter weigh? A technical run-down of the coin would look something like this:

You may be interested: How Much Money to Retire in Canada?

How Many Dimes Are in a Roll?

It wouldn’t be fair if we only focused on quarters, would it? Up next for discussion are dimes. Interestingly, there are 50 dimes in a roll, constituting the most densely packed Canadian coin rolls. With each dime worth 10 cents, one roll of dimes is worth $5.

Moreover, rolls of dimes have a distinct green wrapper noting the type of coin inside and the total worth of the roll. It’s hard to miss! 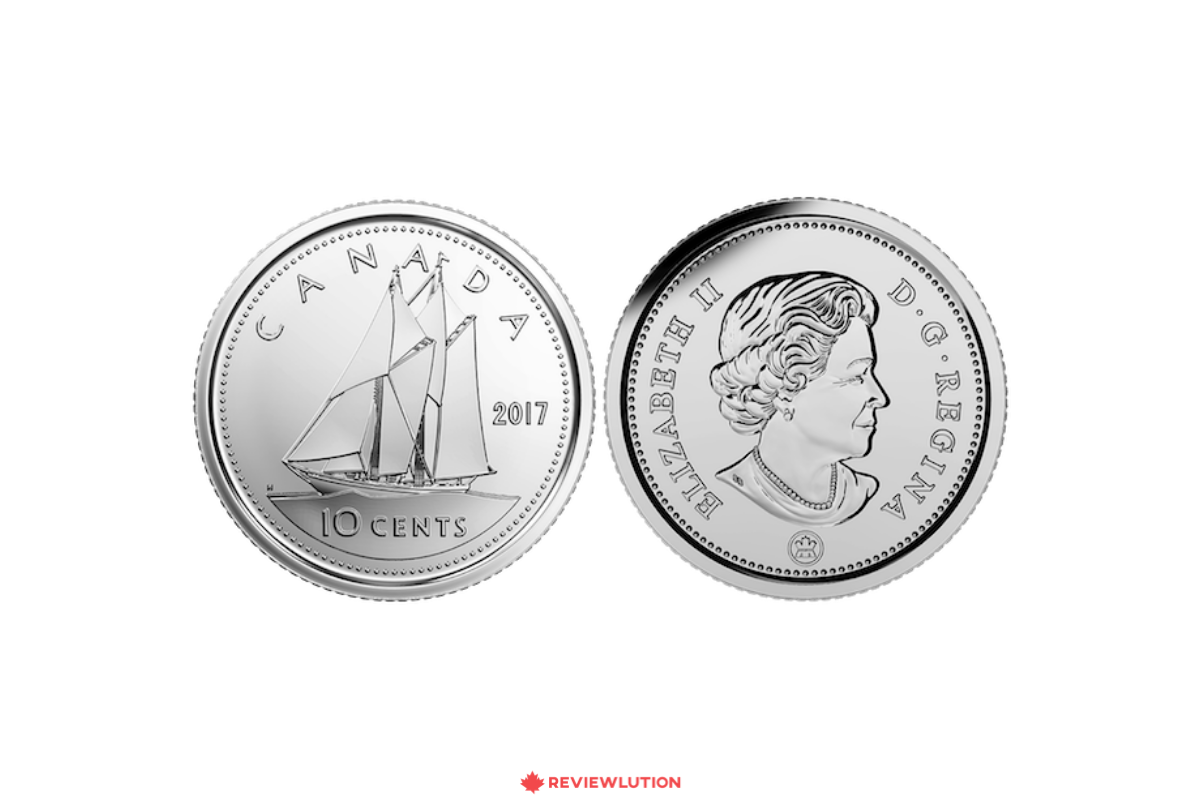 What is a Canadian Dime?

As we already mentioned, the Canadian dime is worth 10 cents. Physically, it’s been the smallest coin in Canada since 1922, even smaller than the penny! Similar to the quarter, the dime is a silver-coloured coin with Queen Elizabeth II’s image on the “heads” part and a Bluenose schooner on the reverse side.

Regarding the name, the official term for the coin set by the Royal Canadian Mint is a 10-cent piece. However, the term dime dominates English-speaking Canada, coming from the French word dîme (tithe, tenth part). It’s been in circulation since 1858.

In addition, valuable Canadian dimes, such as the “Dot” Dime and the 1969 Large Date 10-Cents are sought-after collector’s coins valued from $11,300 to $245,000. Although these commemorative editions are almost impossible to find, you can get regular dimes from most banks, change machines, and coin dealers.

Before we look at the technical details surrounding the dime, we’d like to note that it’s also the thinnest and lightest Canadian coin. Check out the specifics:

How Many Nickels Are in a Roll?

Next, we’re moving on to nickels. Similar to quarter rolls, there are 40 nickels in a roll and each nickel is worth 5 cents. Therefore, after doing the math, we can estimate that a roll of nickels in Canada is worth $2. Following the trend, nickel roll wrappers incorporate the colour blue for easy distinction. 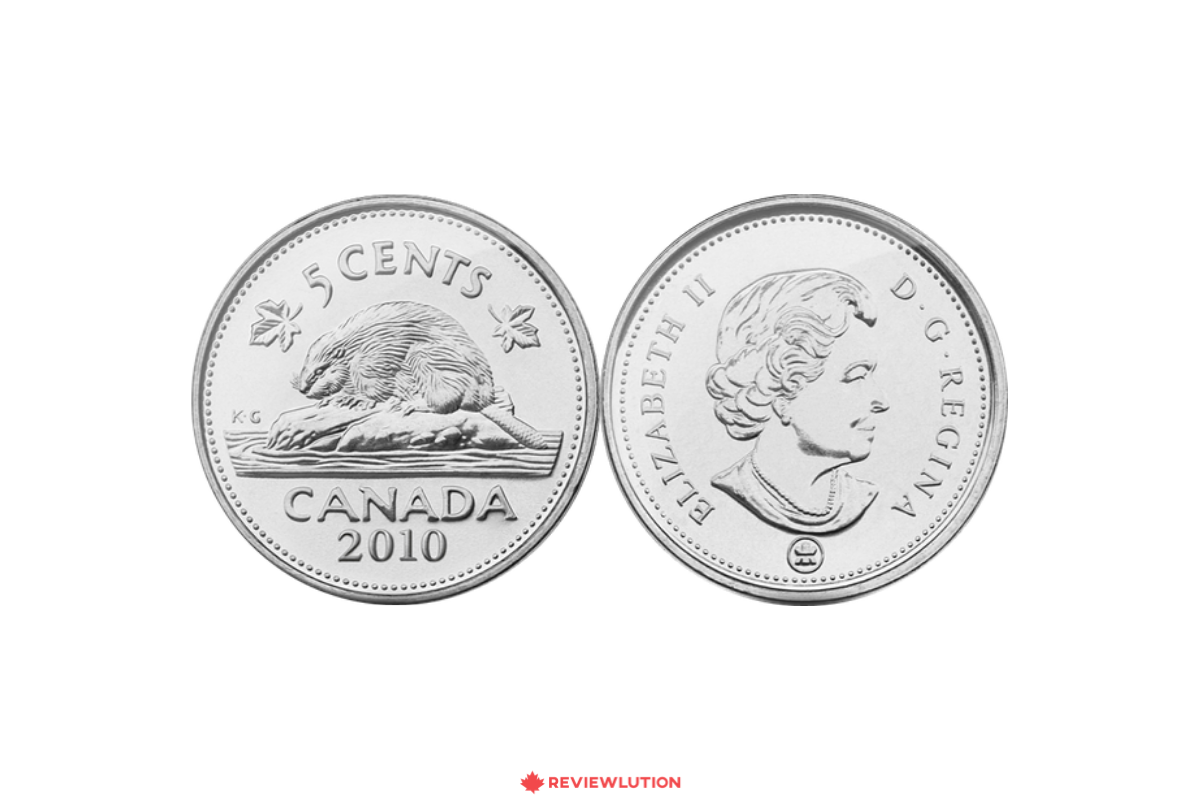 What is a Canadian Nickel?

Canadian nickels are worth 5 cents or one-twentieth of a Canadian dollar. Upon the discontinuation of the penny in 2013, the nickel became the smallest-valued coin in Canadian currency. In 1858, the Royal Mint introduced the denomination, a small silver coin which in 1922 became the nickel, a larger base metal version of the original.

In terms of looks, the obverse side of the nickel carries the portrait of the sovereign, while the reverse side portrays a beaver sitting on a rock. Like the previous coins we’ve discussed, the nickel’s name originates from a specific trait, namely, the fact that the coin was originally 99.9% nickel.

Like all coins, you can purchase nickels from the Royal Canadian Mint, banks, coin dealers, and e-commerce websites like eBay and Amazon.

But what are nickels made of today? Here are the deets:

How Many Toonies Are in a Roll?

Canadian toonies possess the highest monetary value of all circulating Canadian coins. Moreover, in one roll, you can find 25 toonies. With each one worth $2, the entire roll of toonies is worth a generous $50! Toonie rolls are tucked in a striped reddish wrapper with a writing stating the amount inside. 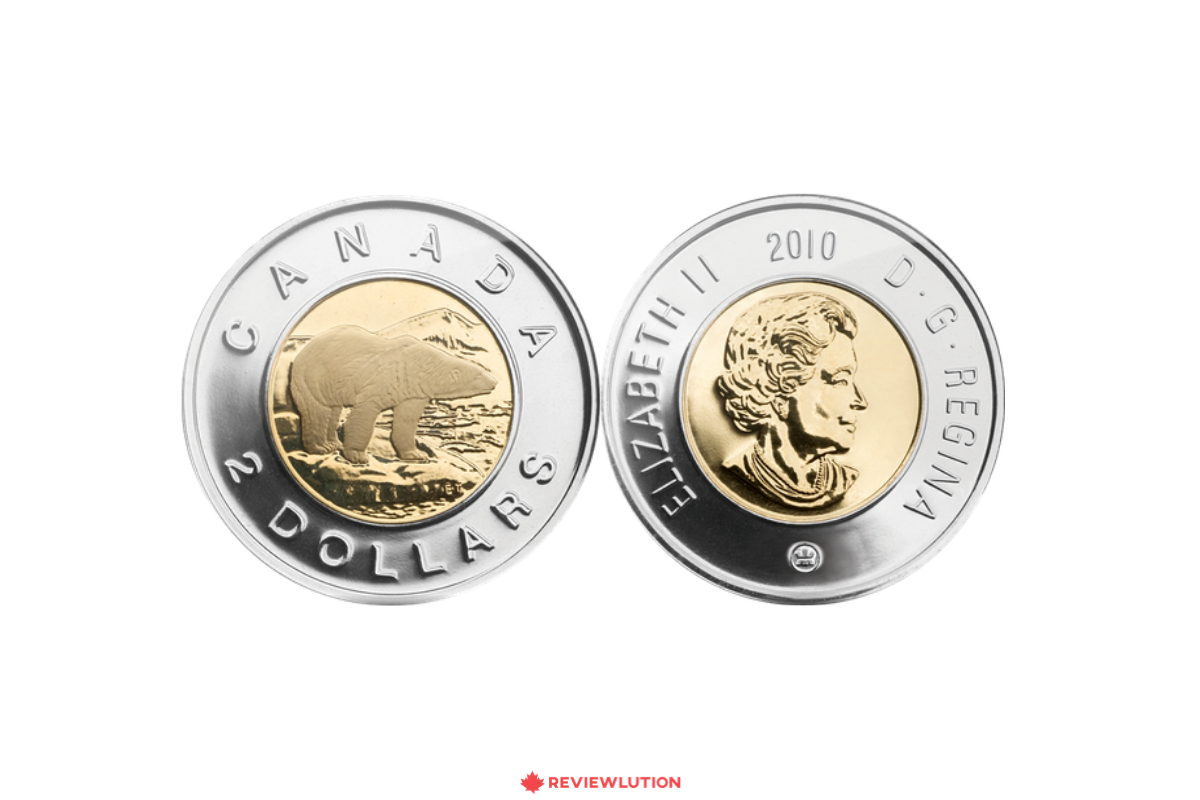 What is a Canadian Toonie?

From its name, we can determine that the toonie (or twoonie) is the Canadian two-dollar coin, a combination of two and loonie. After its introduction in 1996, the toonie became Canada’s highest valued coin. Unlike the other coins we’ve mentioned, the toonie is a bi-metallic coin carrying Queen Elizabeth II on its obverse side and an image of a polar bear on its reverse.

Although the two-dollar bill was less expensive to manufacture, it lasted only one year on average, resulting in its discontinuation. On the other hand, the toonie is estimated to last 20 years! Toonies are widely used and you can buy them at numerous Loonies and Toonies Stores, e-commerce sites, banks, and coin dealers.

Before we move on, let’s look at the toonie’s technical details:

How Many Loonies Are in a Roll?

Last but not least, it’s time for us to talk about the loonies in Canada. Like toonies, there are 25 loonies in one coin roll. Furthermore, each loonie is worth $1, totalling $25 a roll. Therefore, to get $50, you’d need 50 loonies! The toonie roll wrapper is recognizable thanks to its brown/black stripes and the writing stating the amount on the cover. 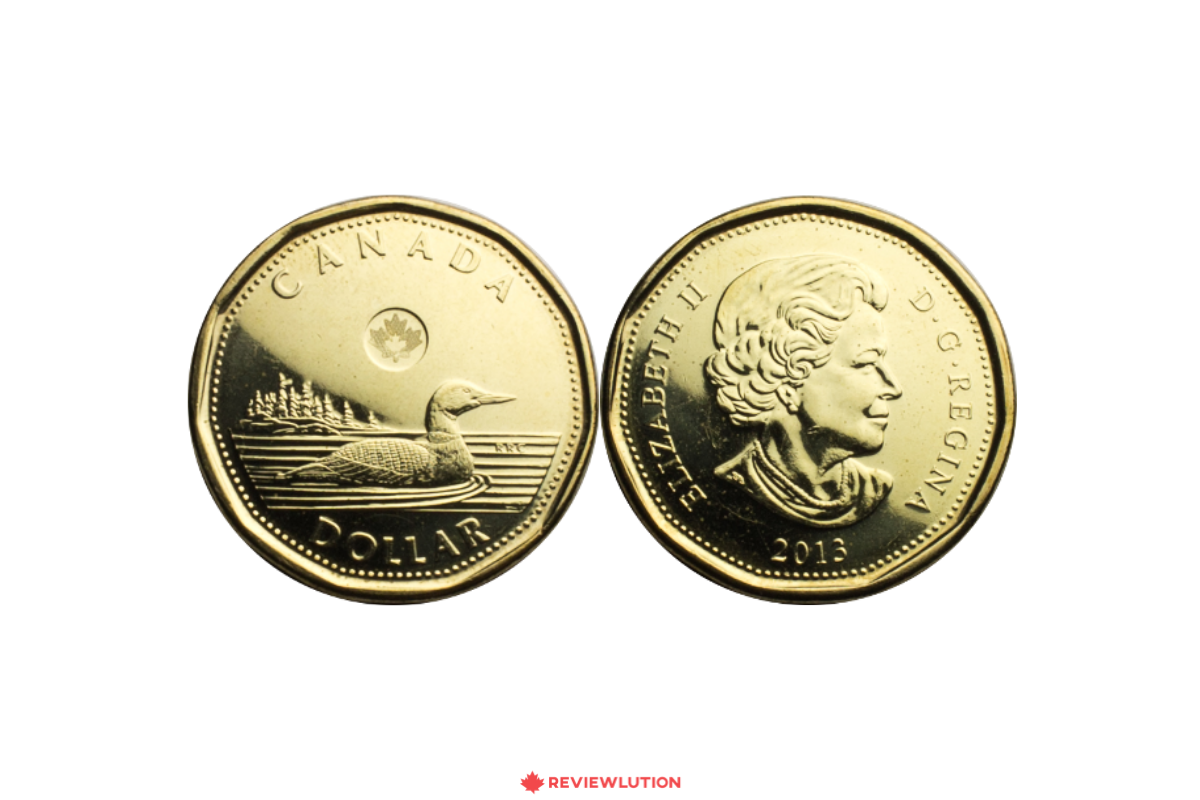 What is a Canadian Loonie?

The loonie is a gold-coloured Canadian coin that represents one dollar. Like all other coins, it’s produced by the Royal Canadian Mint at its Winnipeg facility and it’s been in circulation since 1987. You already know the drill by now; the “heads” side is adorned by the portrait of the sovereign, while the “tails” side conveys an image of the common loon in water, hence its name.

The Mint has come out with many commemorative editions of the loonie, like the 2010 Olympics-themed loonies or the 125th anniversary of the Klondike Gold Rush loonie. Of course, these rare Canadian loonies are now valuable collector’s coins, selling for copious amounts of dollars.

So, what is a loonie made out of? Let’s find out:

Where Can You Buy Coin Rolls in Canada?

We briefly mentioned where you could buy rolled coins in Canada. But, now we’ll talk specifics. 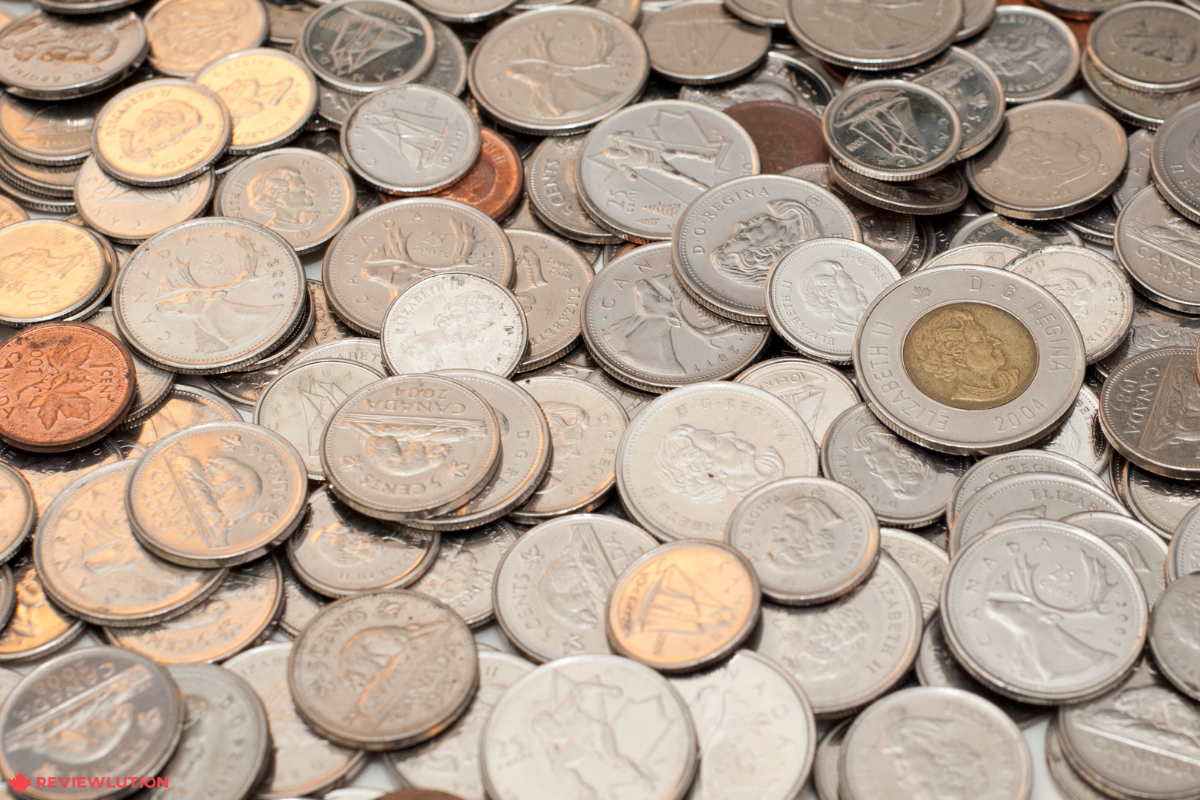 Unsurprisingly, since coin rolls are widely popular in Canada, there are numerous stores that sell them. For example, the most obvious option is their manufacturer, the Royal Canadian Mint, which also sells commemorative editions and one-cent coins. Plus, the Mint is the best place to buy coin wrappers in Canada, as it offers a great selection of special rolls.

Another viable option are banks, offering wrapped rolls to all who have bank accounts. Moreover, you can also get coin rolls or special edition coins from collector stores. However, you should know that these might cost you more, as they are estimated to be highly valuable.

The Canadian Tire also offers coin rolls and so do many other departments and larger retail stores. Finally, stores like Canadian Coin & Currency, Staples, and Walmart also have coin wrappers and tubes available.

Keep in mind that according to Canada’s Currency Act, it’s illegal to use too many coins for one transaction. For example, when paying with nickels, you can’t make a purchase worth over $5, while for loonies the amount is $25 or exactly one roll of loonies.

Hopefully, this extensive guide provided you with information regarding how many quarters are in a roll, how much they’re worth, and where you can buy them. We decided to expand our article to feature all other Canadian coins, so you’d have everything you need in one place.

Yes, banks will accept rolled coins in Canada, as long as they’re wrapped for deposit.

How much is in a roll of loonies?

Rolls of loonies usually contain 25 coins, and since a loonie is worth $1, that equates to $25 worth of money in a coin roll.

How much money is in a roll of quarters?

How many dimes in 5 dollars?

How much is a dime?

When did toonies come out?

The Canadian Toonie was introduced on February 19, 1996 and it serves to replace the 2-dollar bill.

How many quarters in a roll?

There are a total of 40 quarters in a roll.

How many nickels are in a dollar?

There are 20 nickels in one Canadian dollar.

How many quarters are in a roll?

There are 40 quarters in a roll in Canada.

How to Do a No Spend Month Challenge + Printable Template Can You Switch Jobs When Buying a House? Can You Get a Loan for a Down Payment? Buying a House With no Money in Canada Home Buyers Plan: A Comprehensive Guide 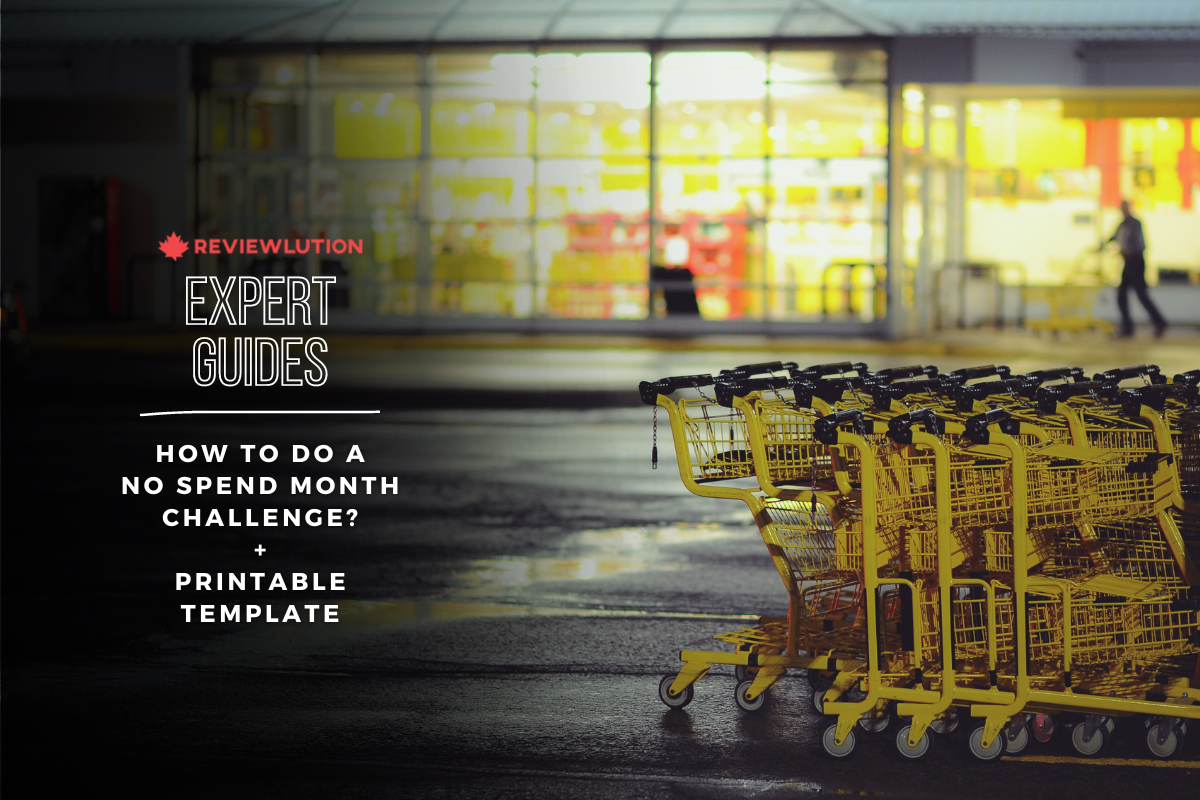 How to Do a No Spend Month Challenge + Printable Template 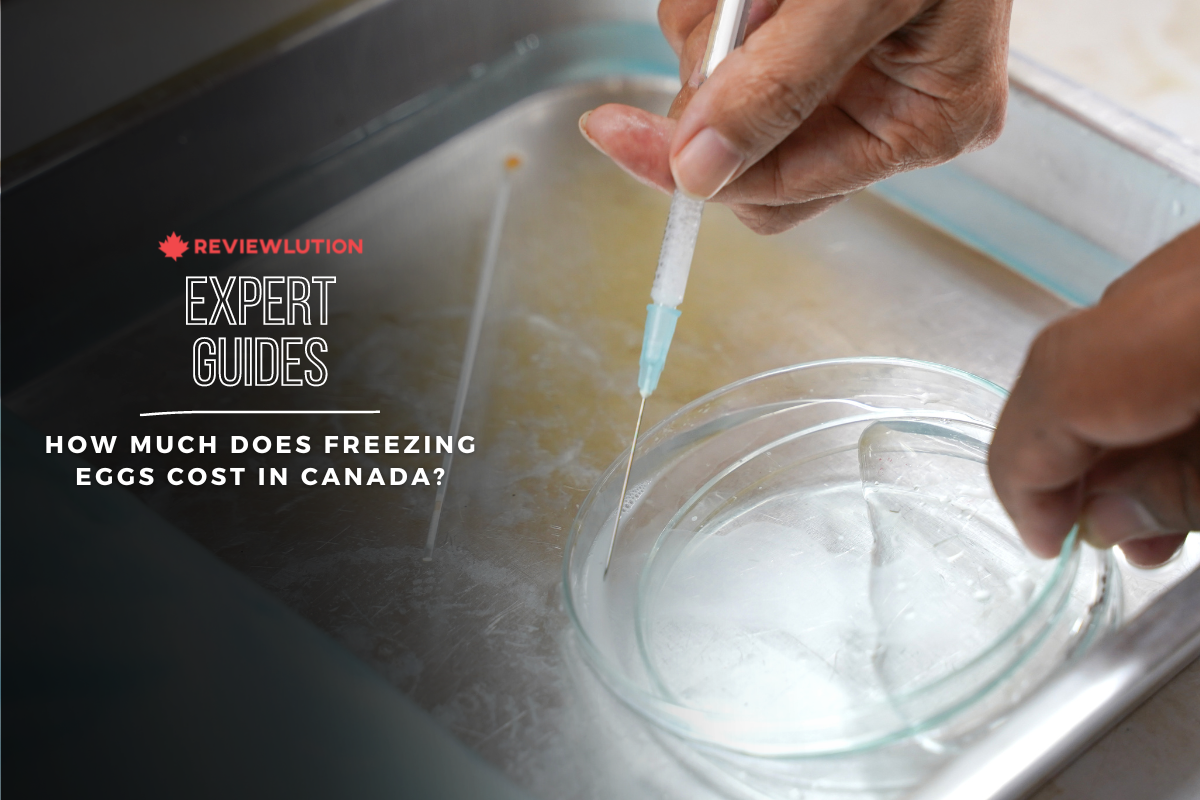 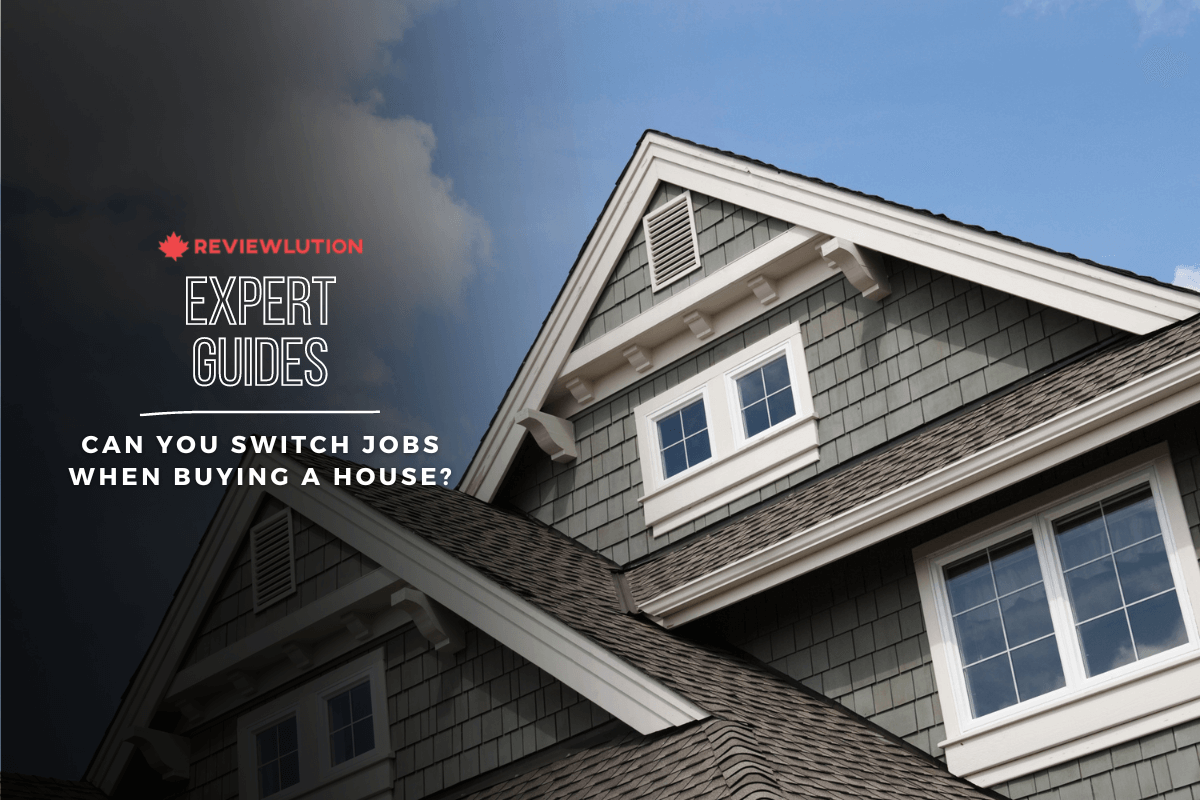 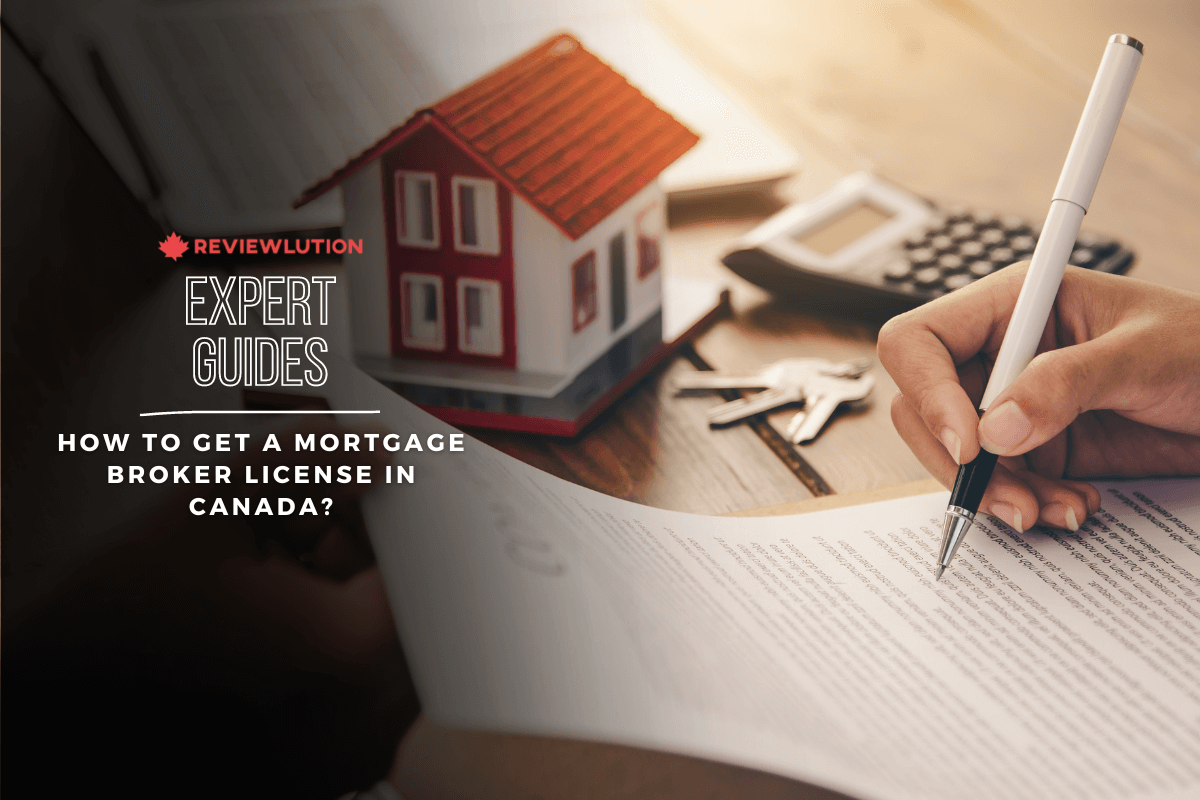 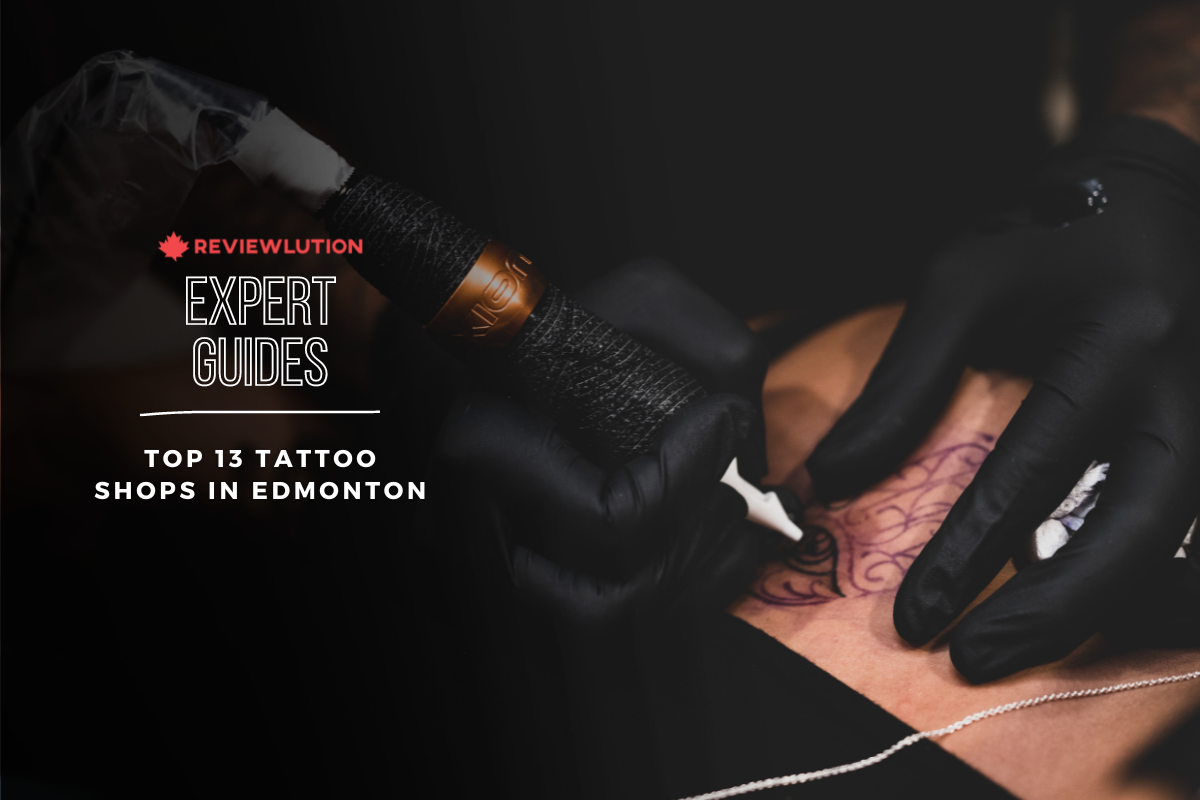 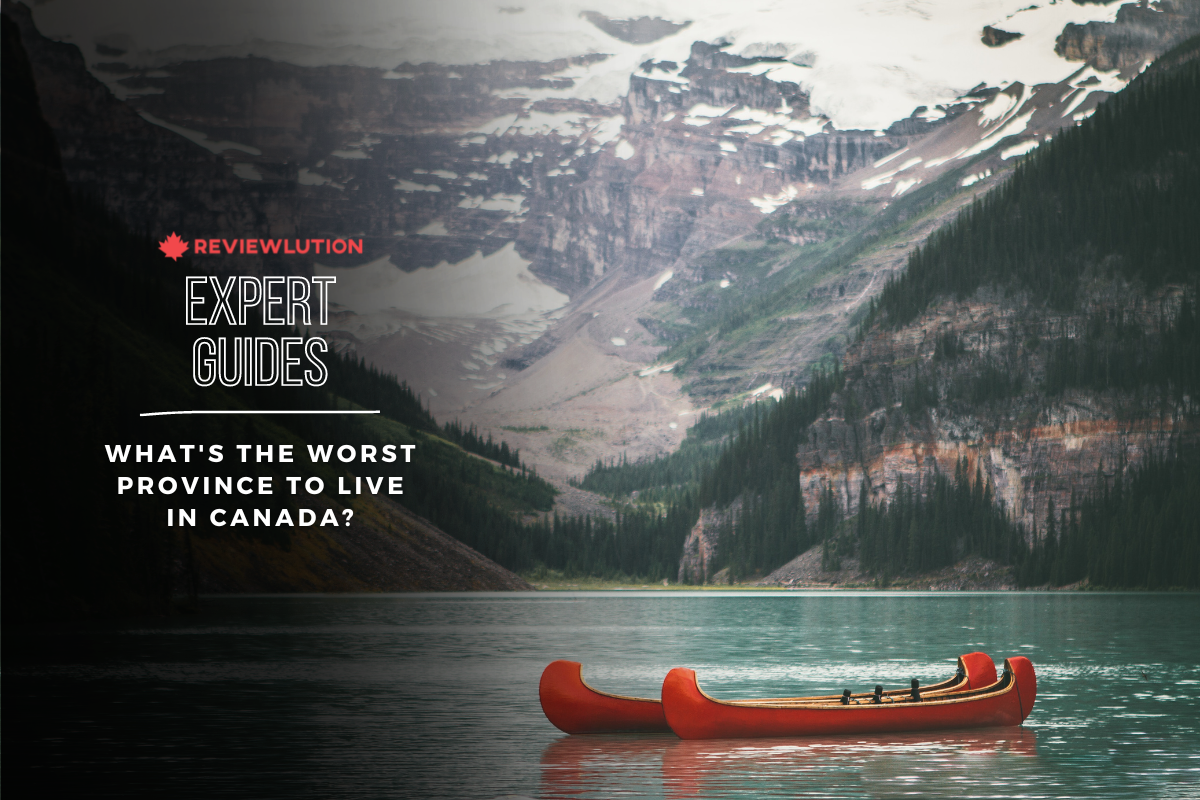 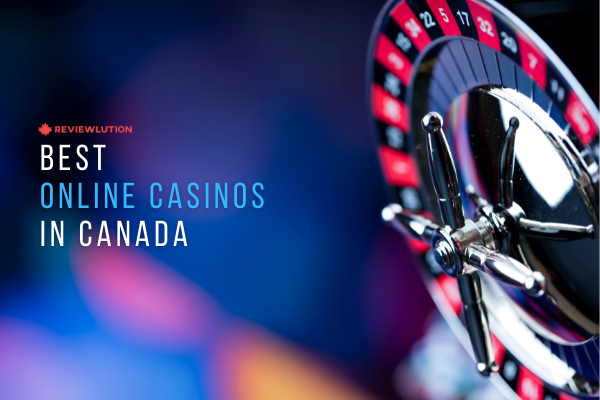 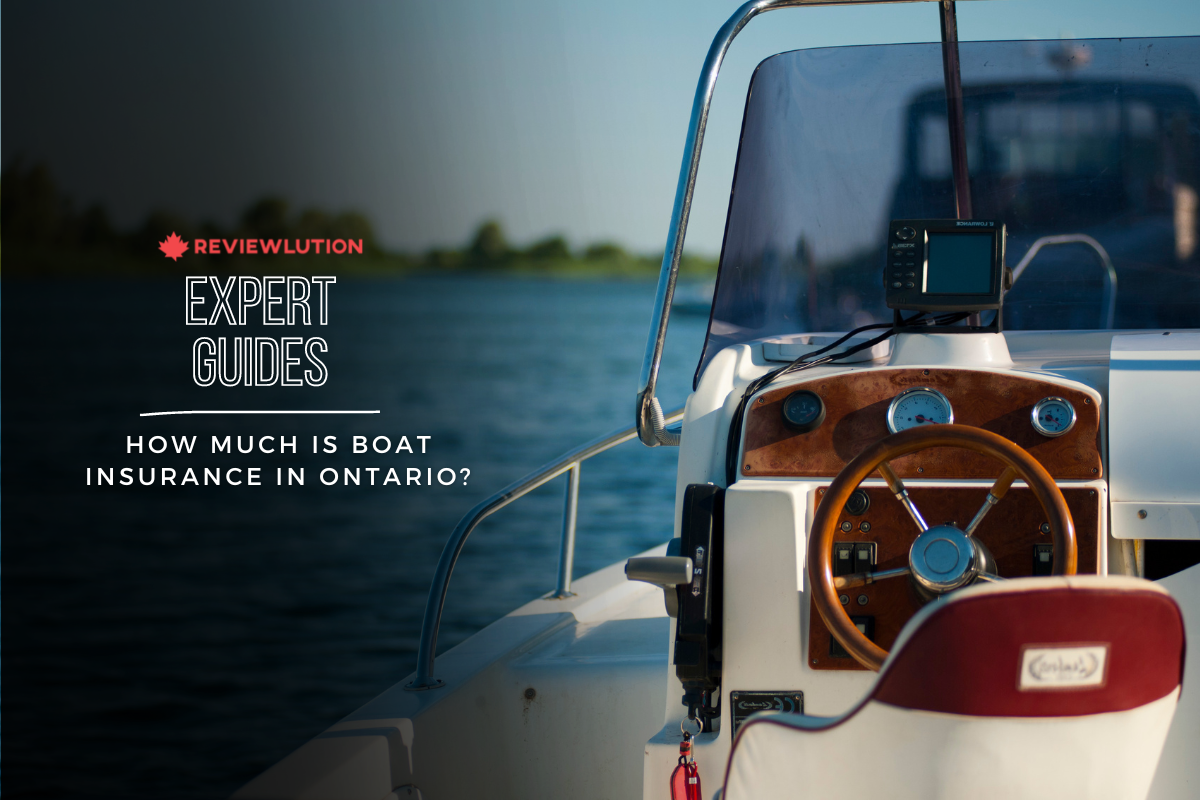 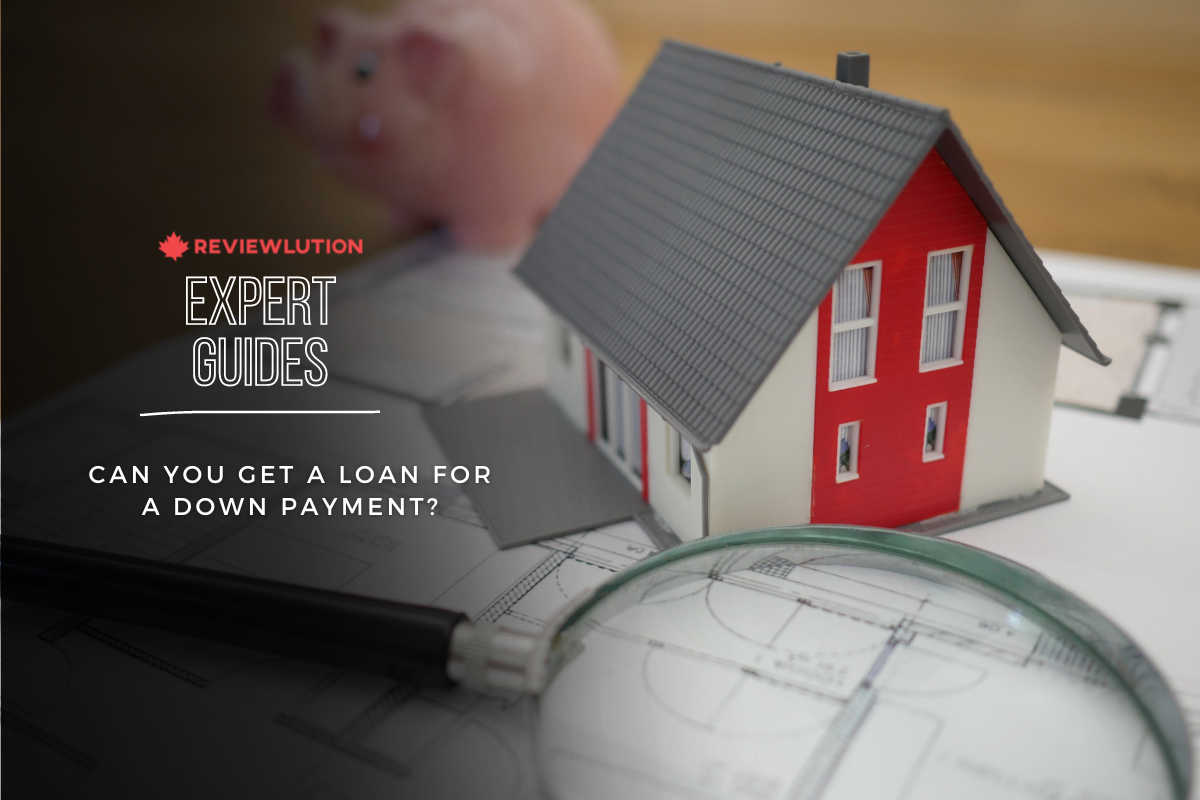