Getting a fresh pack of smokes for cigarette lovers is perhaps the day’s highlight. But with prices going up and taxes increasing, it can be hard to pinch a few extra coins for your daily fix.

While the answer to the almighty question, “How much do cigarettes cost in Canada?” can vary depending on the area you live in and how often you purchase them, it’s certainly not getting any cheaper. Here’s a quick look at the latest statistics. 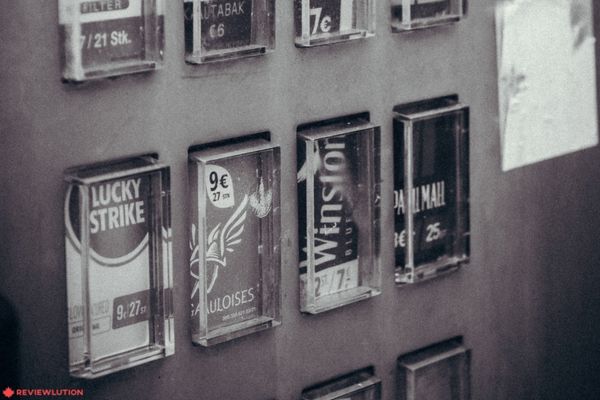 Interestingly enough, Newfoundland and Labrador is at the top of the chart, boasting the highest average retail price of cigarettes in 2022 at $15.71. Nova Scotia closely follows with a price of $15.02, while Quebec keeps costs on the lower end, with an average of $10.65 per pack.

2. The highest-priced cigarette brands are Du Maurier, Belmont and Dunhill.

In the past two years, the rising trend of prices has made cigarettes more expensive than ever before. The leading cigarette brands in Canada have certainly profited from the spike, seeing an increase of 15% since 2020, without accounting for RPI inflation.

3. Dunhill and Belvedere boast up to $150 price per carton.

Cigarette cartons may be a more budget-friendly purchase than individual packs, as bulk buying often comes with a discount. Du Maurier falls into second place with $149.90, as the top spot edges only slightly higher.

Rounding off the bottom half of the list is once again Viceroy, with an asking price of $95.92 per 200 cigarettes. John Player Special also ranks well among the cheap cigarette brands in Canada, flaunting a price of $96.92 for the same amount.

4. As of August 2022, the Northwest Territories, Newfoundland and Labrador, and British Columbia have the highest provincial tobacco tax rates.

The Northwest Territories have an average tax of $6.88 per pack of cigarettes, while Newfoundland and Labrador and British Columbia boast a tax rate of approximately $6.50. The high tobacco taxes in these provinces are likely due to the government’s desire to discourage smoking.

5. The highest tax per cigarette was $0.47 in Newfoundland and Labrador and British Columbia.

Expectedly, the territories with the highest overall tax rates have the highest taxes on individual cigarettes. Other high-tax provinces include Manitoba ($0.45), Saskatchewan and Nova Scotia (both rounding off at $0.44).

Jumping to the other side of the line, the lowest average tax per cigarette can be found in Quebec ($0.30) and Ontario ($0.33).

Leading the pack were British Columbia ($0.65) and Newfoundland ($0.56). Quebec was the province with the lowest average tax per gram at $0.48, in line with its low taxes on other tobacco products.

This may not seem like much, but it can add up over time, especially for regular smokers. The gradual rise in tobacco taxes is expected to continue moving forward, with several provinces planning on increasing them even further by the end of 2022. 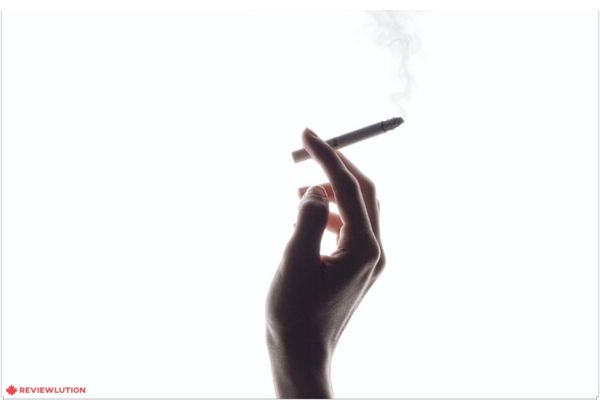 8. The cigarette affordability index has reached 2.72% in Nova Scotia and Prince Edward Island.

This data suggests that cigarettes are becoming less and less affordable in these provinces, as people have to spend a more significant proportion of their income on tobacco products. As a result, tobacco use is at a record low in these areas, especially among the younger population.

In contrast,  Alberta and Quebec have the lowest cigarette affordability index, with 1.51% and 1.62%, respectively. Cigarette prices are lower in these provinces, accounting for the higher smoking rates.

These figures are on par with the 1.42 billion sold in November 2020, revealing no significant change in cigarette sales.

However, these numbers are significantly lower than the 1.78 billion sold in November 2019, which points to an overall decline in cigarette consumption over these three years. But even this data is far from the 1.87 billion recorded in 2016.

This is a substantial increase from the $177.56 recorded in 2020, with these stats projected to grow even further in the years to follow. The rising cigarette prices and increasing smoking rates among women and younger Canadians are likely the driving force behind this trend.

Other notable age groups include the 35-49 (14.0%)  and 18-34 (11.4%) age ranges, accounting for a significant chunk of smokers. Most individuals in these groups have likely been smoking for several years.

What’s perhaps somewhat worrying is the smaller chunk of 12-17 year-olds (1.1%) that reported smoking cigarettes. This data is reflective of the rise in vaping usage among this particular age group, which could lead to an increase in smoking rates in future years.

The higher smoking rate among men is likely due to greater exposure to tobacco advertising and the perception that smoking is a masculine activity. However, studies have shown that more women have picked up smoking compared to previous years.

However, studies have shown that the percentage of both men and women smokers has been declining since 2015 when there were around 20.4% of men and 15% of women smoked.

Despite the higher smoking rates among poor and working-class individuals, the average smoker in Canada still has a relatively high income. This is likely because smoking is an expensive habit, and lower-income people aren’t as likely to afford it.

This data has remained relatively unchanged over the years, as smokers have traditionally been more affluent than non-smokers. And with cigarette prices continuing to rise in the future, this trend is likely to continue in the coming years.

14. 5% of smokers said that John Player is their preferred choice.

The brand’s top spot among the most popular cigarettes might be because it’s available in various types, from menthol to full flavour.

Following closely behind are Pall Mall with 4.18% and Marlboro with 3.71%. While these brands may not be as popular as John Player, they’re still well-liked by Canadian smokers. Rounding out the top five are Maurier and Winston, with 2.96% and 2.89% of smokers naming them as go-to brands.

On the opposite side, Maryland and Davidoff are the least popular brands in Canada, with only 0.02% and 0.06% of smokers preferring them. And despite the low Canadian Classics cigarette price, the brand seems unable to make much of an impact on the market, taking up only 0.4%.

Smoking cigarettes is a popular but expensive habit in Canada. Avid smokers can expect to spend a significant portion of their income on cigarettes, but these expenses may well be worth it for those who want to keep smoking.

Overall, the data paints a somewhat mixed picture of Canadian smokers, with some age groups smoking more often than others and men slightly more likely to smoke than women.

And while the industry is facing many challenges in terms of profitability, this doesn’t seem to have affected the overall smoking rate in Canada.

How much is a pack of 20 cigarettes in Canada?

The price for a pack of 20 cigarettes in Canada varies depending on the type and brand of cigarette and the location. On average, you can expect to pay around $12.33 per pack.

How much is a carton of cigarettes in Canada?

Each brand imposes its own price for a carton of cigarettes, ranging from $95 to $150. Evidently, the answer to ‘how much do cigarettes cost in Canada?’ may vary throughout the country.

Where does tobacco tax money go in Canada?

The money collected from tobacco taxes in Canada is typically used to fund several government programs and initiatives, such as public health campaigns and insurance benefits. Some of the money may also be used to offset the cost of tobacco-related illnesses.