Animal lovers everywhere will confirm that one of the greatest joys in life is to welcome a furry friend into your home. On thinking about why people get pets, a lot of reasons crop up:

Pets can help with stress, anxiety, and depression, as well as loneliness, exercise, and even cardiovascular health.

Taking care of an animal can help children become more secure and active as they grow up.

Pets are also a great source of companionship for senior citizens.

A pet can teach you the meaning of unconditional love.

The pet industry Canada statistics help us gather valuable information about how Canadians are doing when it comes to the responsibilities of keeping animal companions:

✅ The overall growth of the pet industry

Canada is a pet-loving country, going by the numbers. So, it should not come as a surprise that pet stores have cropped up everywhere.

Let’s review the provinces with the highest number of stores:

Read on to find out which Canadian pet supplies chains rule the market:

2. PetSmart is the top supply chain, with 1,650 North American stores and 92 pet stores in Canada alone.

There are plenty of pet stores in Canada, like Woof Gang Bakery, Pet Supermarket, and Petsense. However, PetSmart and PetCo have made quite a name for themselves.

Here are the top pet supply chains according to the number of stores in North America:

Canadian cats clearly prefer wet food. The pooches, on the other hand, are fans of dry food. Sales of dry dog food neared $2 billion in 2020. Dry food for cats drove up sales worth $841 million.

Imports of natural-ingredient pet food from the US increased from $790 million in 2012 to slightly more than $1 billion in 2016.

5. Pet industry Canada statistics reveal that 54% of pet owners were worried about cannabis-infused edibles in their pet foods as of April 2019.

There was little consensus on the benefits of cannabis on animals:

25.3% and 28.% of pet owners were in agreement that they’re worried about what’s to come post-legalization. 23% of owners denied being worried, while another 23% remained unsure.

Despite the pandemic, pet owners in Canada preferred visiting brick-and-mortar stores to buy pet food. A vast majority of them, 76.6% to be precise, shopped for pet food and pet supplies in-store.

In 2018, a majority of Canadian pet owners said they’d be willing to splurge if it meant buying healthier foods for their animal companions. 35.6% of them were unsure whether to switch foods, and 21.9% said they wouldn’t switch.

8. According to the Canadian pet market survey from 2020, 58% of Canadians are pet owners.

The majority of Canadian households love to keep pets. 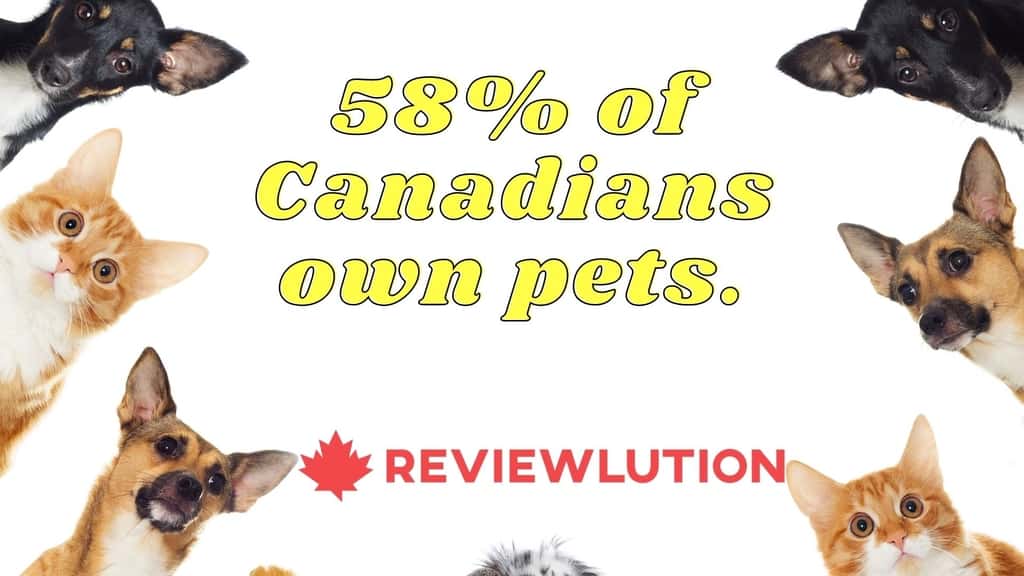 9. The pandemic year brought an 18% upsurge in pet statistics of Canada.

As more and more people stayed home due to country-wide lockdowns, Canadians turned to adopt pets. 57% of new pet owners in 2020 took in cats, 55% chose dogs, while 9% and 6% took in fish and birds, respectively.

10. Pet industry Canada statistics from 2020 said that the Millennial population was most likely to buy pets in the pandemic, at a rate of 38%.

Other demographics took in pets at a consistent rate, while Baby Boomers were least likely to do so, at 9%.

Did you know that Canadian regions are divided up by their canine or feline preference?

Out of those, 9% owned fish, birds, hamsters, and reptiles. There are some pretty wacky Canada pets. Curious to know what they are?

Sugar gliders, like kangaroos and koala bears, are marsupials. They get their name from a gliding membrane that runs from their wrists to their ankles and allows them to glide through the air.

Wallabies are popular pets in Alberta. They can grow to be 30-36 inches tall and weigh up to 50 pounds. Like dogs and cats, they come in a variety of fur colours and patterns and may be trained to some extent.

Pygmy goats are delightful and energetic pets. They’re only allowed in agricultural areas in places like British Columbia. Pet ownership statistics of Canada state that owning these animals is allowed unless you sell their milk or cheese.

Servals are Savannah cats that are allowed as pets in most provinces. However, only specific generations are permitted. In Alberta, for instance, only F4 generations and lower (e.g., F5, F6, etc.) are allowed to be kept as pets. Serval cats have a cheetah-like hair pattern and can weigh up to 40 pounds when fully grown.

That being said, Atlantic residents are the most attached to their pets, and 100% said that they’re considered family.

13. Pet ownership statistics state that households with no kids are more likely to keep pets, at 72%.

Before getting a pet, it’s best to remember that it’s a life-long commitment – emotional, and frankly, financial. So, let’s take a look at the top categories of pet-related expenses:

15. According to pet industry Canada statistics, households with incomes above $100,000 are more likely to own pets.

This is a no-brainer:

Keeping pets involves money. There are one-time expenses as well as annual expenses.

Shelters also took in 11,000 animals of other species.

This intake trend has held constant for many years:

So, what happens to these voiceless beings who come to shelters? Read on:

17. Pet statistics report that the most common outcome for surrendered pets in shelters is adoption, at the rates of 60 % for cats) and 45 % for dogs.

Quite a hopeful turn for the animals who come to these shelters, isn’t it?

Let’s talk about some shelter statistics that aren’t quite so favourable: 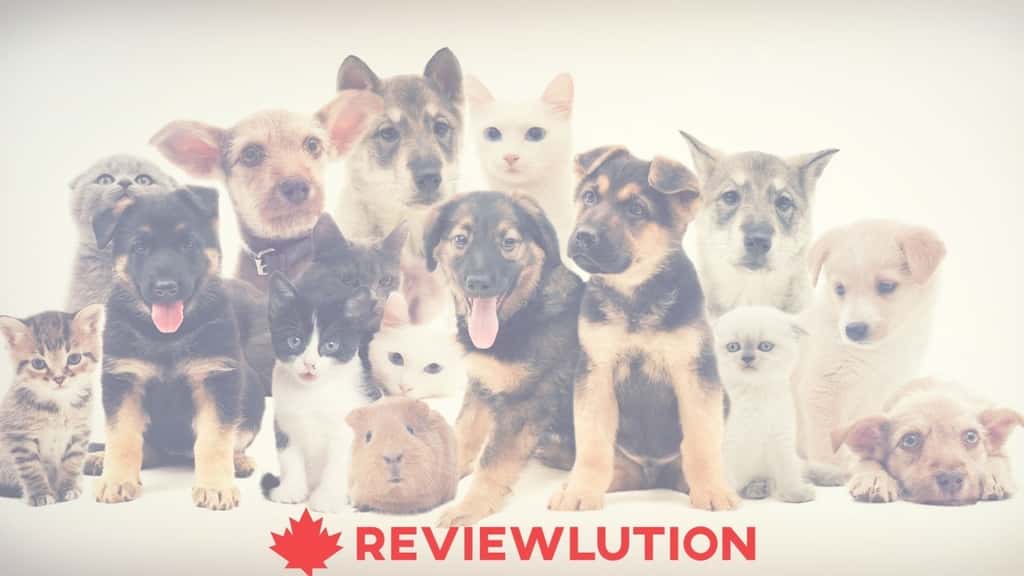 18. 70% of veterinarians in Canada discuss health and nutrition with cat and dog owners.

Feeding the right amount and the right kind of food are common areas of error. We’ve got stats to confirm:

A study revealed that only 18% of owners feed their pets the amount recommended on the packages.

That sounds like a pretty harmless thing to do, right?

However, only 33% of pet owners in Canada are likely to buy pet foods that meet their health requirements. The stress is on taste and pets’ preferences, even if the foods miss out on vital health points.

20. 19% of vets report that pet owners use food prices as the deciding factor for their purchases.

Wondering about what other factors to consider?

Here are the stats on that:

There’s a disagreement between pet doctors and owners on what lengthens animals’ lives. Only 10% of owners agree that regular/annual health checkups are crucial, while 37% of vets recommend them.

22. Dental care is the second most common issue, according to vets, while only 16% of owners are proactive about it.

Veterinarians consider clean teeth and fresh breath to be the foremost markers of good overall pet health. However, they don’t even make the top ten list of signs pet owners use to judge their pet’s overall health.

23. Vets report that 55% of dogs and 70% of cats they examine don’t receive adequate exercise.

The role of exercise can hardly be overemphasized when it comes to maintaining pet wellness. Worryingly, Canadians seem to be falling behind:

Pet owners spend nearly three times as much time watching TV (79 minutes) and nearly twice as much time surfing the internet (48 minutes) as they do playing with or exercising their pets on a typical weekday (25 minutes).

Given the prevalence of overfeeding and obesity among Canadian pets, proper levels of exercise for cats and dogs should be a top focus for pet owners and something they need to discuss with their doctors.

Pet ownership statistics for Canada show the Great White North to be an animal-loving country. A majority of households have a furry, scaly, or feathery family member.

As we’ve seen, they’re also fans of exotic creatures, and numerous companies have rolled out attractive exotic pet insurance plans in Canada. These schemes are busting age-old myths that older pets don’t get coverage or that pet insurance has to be prohibitively expensive.

With an increase in exercise during playtime with pets and a marked reduction of animal surrenders to shelters, Canadians can bridge the tiny gap that remains in providing their animals with the love and care they all deserve. So, the Canadian pet market outlook in 2021 is quite bright.

How big is the pet industry in Canada?

The pet industry in Canada is worth around US$7 billion when food, supplies, and services are factored in. The Canadian pet food market is expected to grow at a CAGR of 4.3% by 2025.

How many Canadians own a pet?

58% of Canadians were pet owners in 2020. Regarding the number of pets in Canada, the country has a cat population of 8.1 million and a dog population of 7.7 million.

What percentage of Canadian households have pets?

How much is the pet industry worth?

The US pet industry is worth $99 billion. Pet industry Canada statistics report the Canadian pet market to be worth US$ 7 billion. 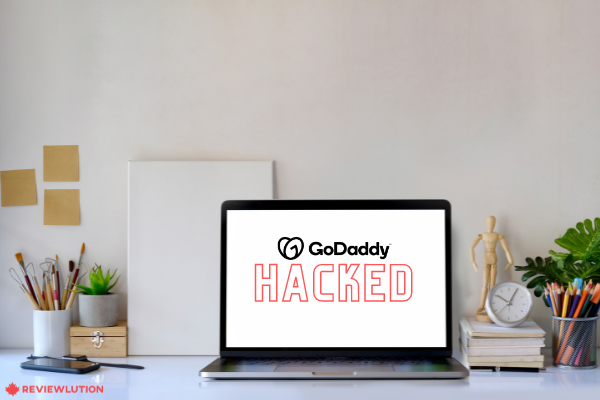 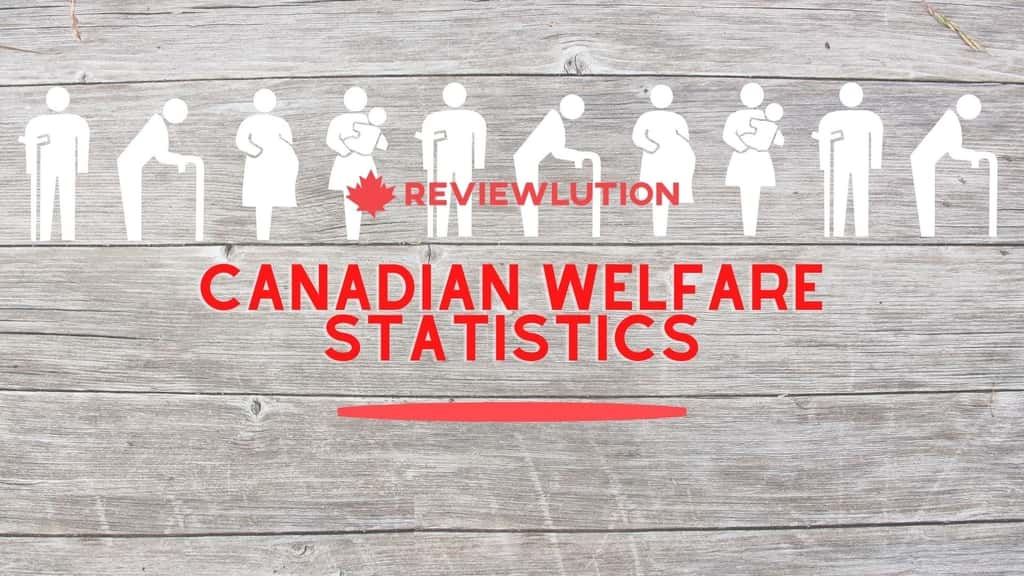 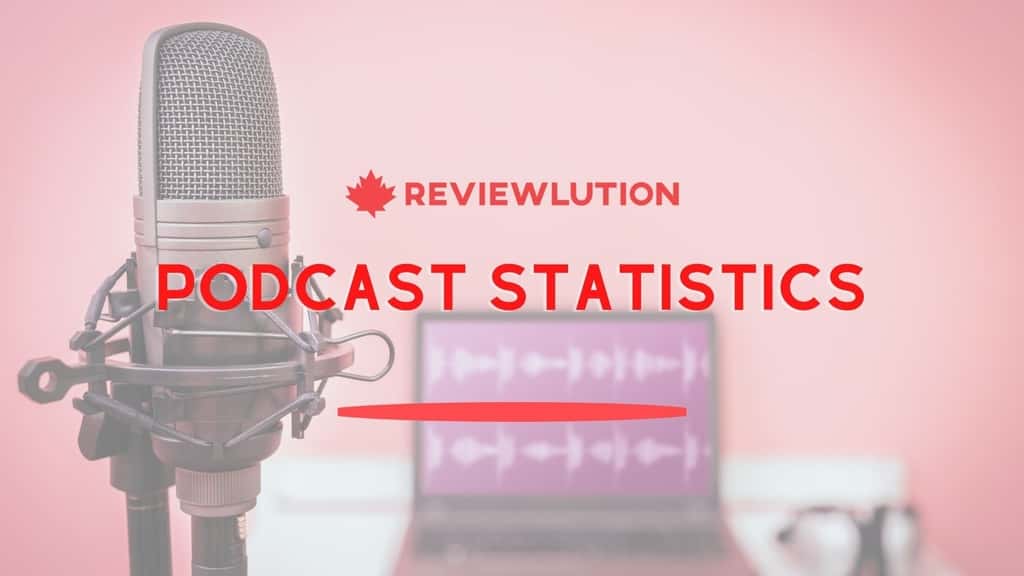 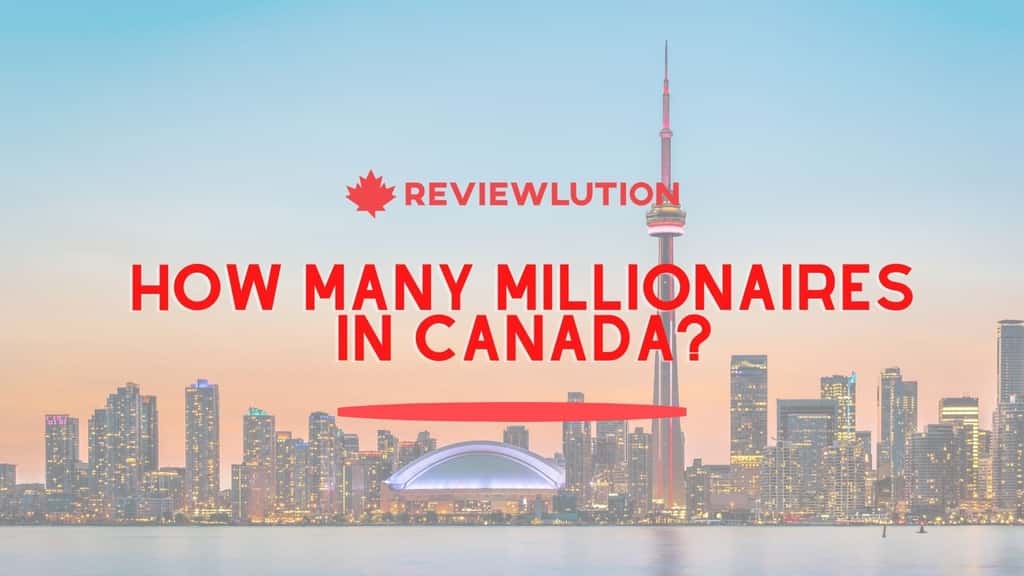 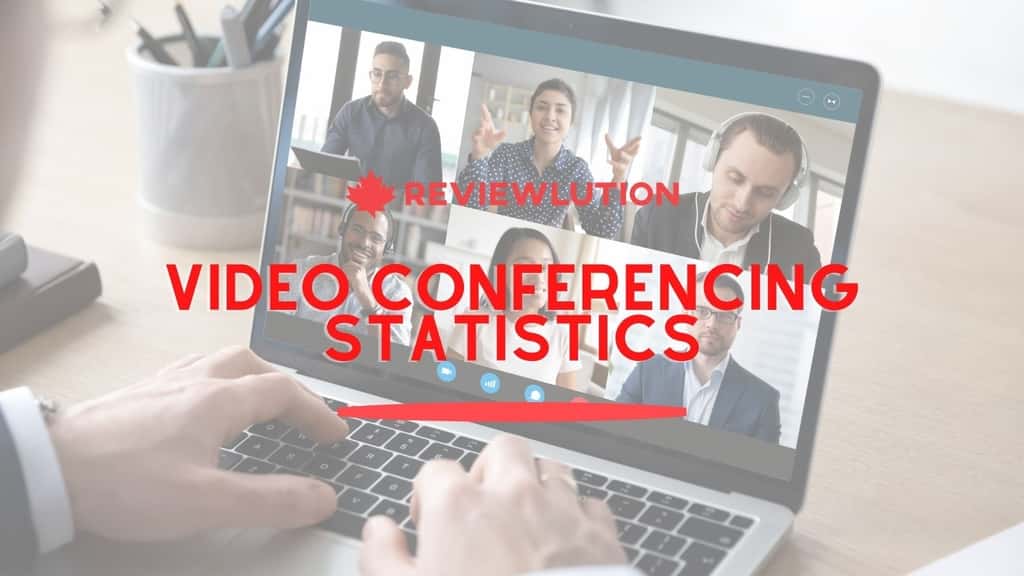 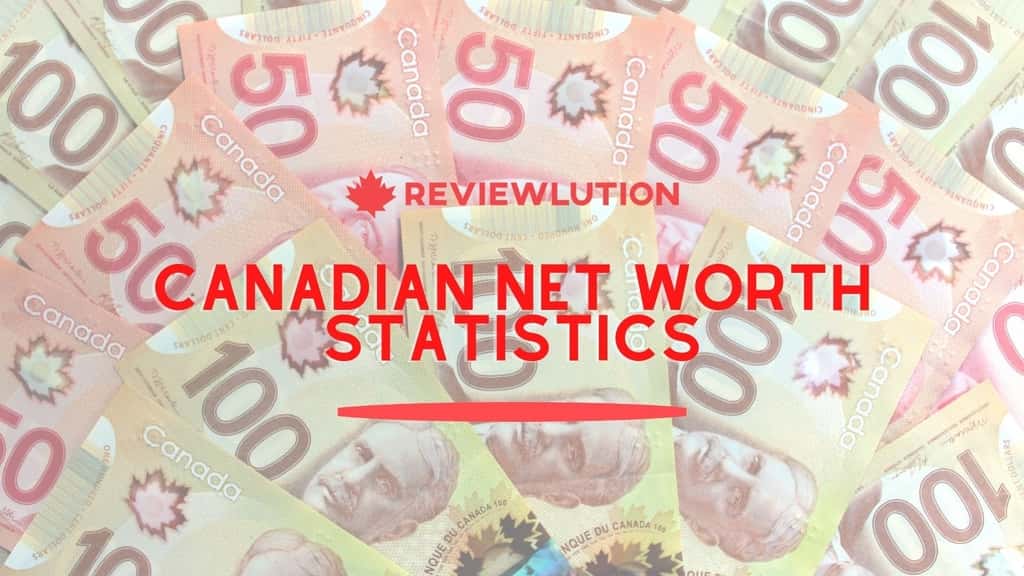 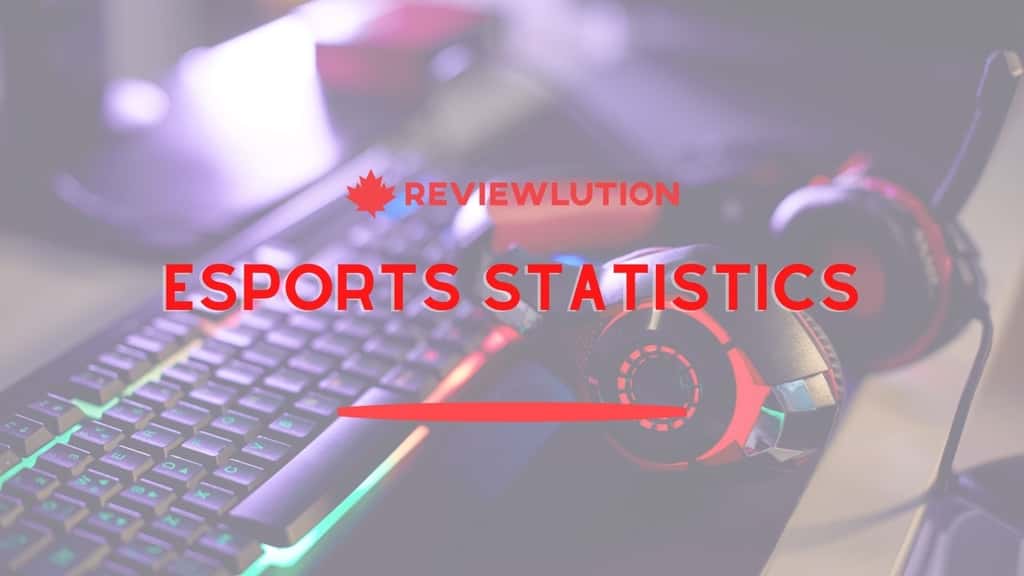