When Lady Gaga released her hit song in 2009, the term ‘poker face’ was finally introduced to a broader audience, including people who literally know nothing about poker.

But, what is a poker face? Is it related to gambling or not?

Stay tuned to find out! 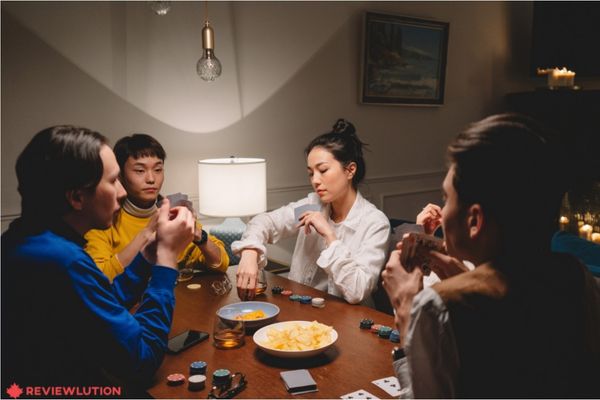 What Does the Poker Face Term Mean?

According to the Merriam-Webster Dictionary, a poker face is “an inscrutable face that reveals no hint of a person’s thoughts or feelings”, a blank expression, essentially.

A poker face is an expression one makes in an effort to deceive other people regarding the actions they are taking in order to achieve a certain goal.

So what does this have to do with poker?

Psychology plays a crucial role in poker and knowing to read your opponents’ faces can help you win the game. Raising an eyebrow or moving your lips into the slightest smile can betray you. That’s why it’s essential to keep an expressionless face or, as they say, “a poker face”, so as not to reveal any crucial information about the cards you’re holding.

Another, similar term you might have come across is “bluff”, which can be explained as an attempt to trick the other players into believing that you are aiming for a certain action when in reality you’re doing the opposite. When it comes to poker, the bluff is usually used to deceive players that you hold certain, valuable or invaluable cards, depending on your goal, in order to make them act accordingly to your plan.

Origin of the Poker Face Expression

The phrase dates back to the 1870s, with its first appearance being in a book that explains the game of poker and gambling. It’s been widely used ever since. There is some assumption that the phrase was used even before that, however, no printed proof can be found to support it. 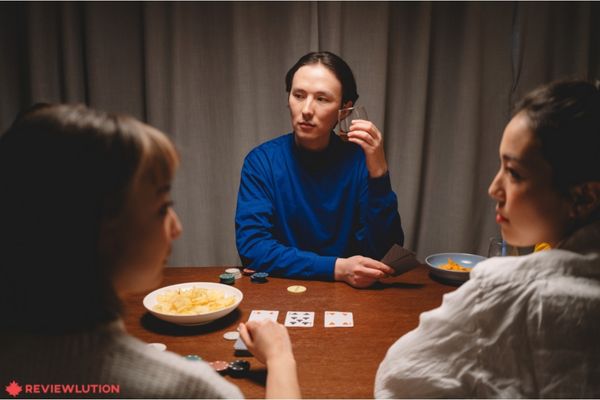 Let’s take a look at some popular uses of the term.

Poker face, a song by Lada Gaga, is the most famous pop-culture example of the poker face expression. The song’s meaning has nothing to do with the actual game of poker, however, the term is used in a similar manner. According to the artist, the song is describing a situation where she had to hold a poker face, in order for her true intentions to stay hidden.

However, the term has been used in the arts even before the 2009 hit by Lady Gaga. Let’s take a quick look at some other uses:

We hope to have given you some insight regarding the term and to have finally answered your question. ‘What is a poker face’ is no longer a dilemma, thanks to our detailed guide.

Now that we’ve uncovered the mystery, you’re well equipped to use the expression to your advantage and increase your poker winning rates!

How to keep up a poker face?

Keep your face relaxed. Look at your opponent straight in the eyes. If you feel like you’re just staring at them, blink occasionally, but not too much, since excessive blinking can show signs of stress.

If you find all of this a bit too hard, you can wear sunglasses. That way, you won’t have to worry too much about how your face appears to the rest of the players.