Razz poker is a variant of stud poker that has recently regained some of its popularity mostly thanks to the rise of mixed games and H.O.R.S.E. (where razz is the R variant).

If you know how to play it well, Razz can be a highly profitable game, and in our humble opinion, it might even be more fun than Texas Hold’em.

But before you get started, you need to learn a bit more about the basic Razz poker rules, and the most common strategies used.

Razz poker is very similar to Seven-Card Stud—the difference being that in Razz the aim is to get the lowest possible 5-card hand from the 7 cards you’re dealt. In this game, poker hand rankings are reversed, so the best possible hand is a 5 high, i.e. 5-4-3-2-A.

Unlike Texas Hold’em or Omaha there are no flop or community cards.

Usually, between 2 and 8 players can play at the Razz table, with limit betting, meaning there is a fixed amount of money each player can wager every round.

How to Play Razz Poker?

To start the game, each player is dealt three cards—two face down also known as hole cards and one face up, called the door card.  The first round of dealing and betting is known as third street, while the deal and betting rounds that follow are called fourth street, etc., all the way to seventh street.

The player with the highest door card starts the betting. On each subsequent deal and betting round, players who are still in the game get another upcard. Each time the player showing the best hand (i.e. the lowest one) starts the action and the play continues as before.

All players who make it to seventh street will get a total of seven cards which they need to use to make the lowest possible hand. Straights and flushes do not count against a hand and Aces always play low. As mentioned above, the best hand in razz is 5-4-3-2-A, the second best is 6-4-3-2-A and so on.

At showdown, the lowest hand wins since there is no eight-or-better qualifier in this poker game.

Here is a closer look at each stage of the game.

Each player must ante in order to form the pot the winning player gets at the end. The ante varies depending on the limits you’re playing for, but it’s usually between 1/10 and 1/5 of the small limit of the game. Therefore, if you’re playing a $2/$4 Razz poker game, the ante would be $0.30.

After the cards are dealt, the player with the highest exposed card has to place the bring-in bet (i.e. the mandatory first bet) usually around a third or half of the lower betting increment (in the previous example, the bring-in will be $1).

When 2 or more players have the same door card, suits are used to determine who brings it in. Spades are highest (followed by hearts, diamonds and clubs) making the King of Spades the worst door card in Razz since it is a guaranteed bring-in.

The player making the first bet can decide to “complete” the bet, that is wager the small limit of the game rather than a third or half (in our example, that would be $2).

The game continues clockwise from the bring-in and players can call the bet or raise it.

Each player gets another up card. The action starts with the player who has the lowest hand showing. This player can then check or bet the small bet ($2 in a $2/$4 game). The play continues clockwise.

Again each player still in the hand is dealt one more up card and the third round of betting takes place. Similarly, the person to start the action is the one who has the lowest exposed cards.

The play continues with each player receiving another exposed card. This hand doesn’t differ from the previous one, and the player who possesses the lowest (and best) exposed hand starts the bet. Players can either check or call the bet.

The seventh street hand is also called the River and it constitutes the final dealing. Each player gets one card, this time dealt face down. The betting is started by the same player who opened the sixth hand.

In some Razz poker hands, the winner might emerge from this round. But more often than not, there is more than one player left after the final round, which warrants the Showdown. 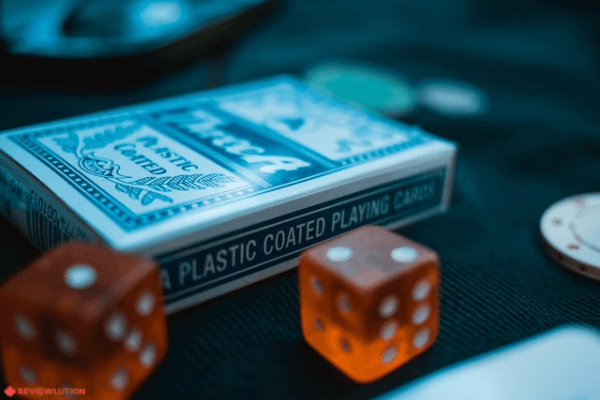 The remaining two cards are dead and are not used to determine the strength of a hand,

The player that had the best five-card Ace to Five low combination wins the pot. Since there is no qualifier in Razz, like in some Hi/Lo games, the one with the lowest hand wins even if they are holding two pair or higher.

Sometimes (albeit rarely), 2 players can have the same value hand. On such occasions, they will equally split the pot, as there is no ranking of suits.

There is only one instance when community cards are used in a Razz poker game. If eight players are still holding cards when the seventh card is about to be dealt, the dealer will place the final card face up in the centre—all players can use this one as their seventh card.

The use of a community card is done to cover the shortage of cards as a standard 52-card deck cannot provide cards for all eight players, i.e. it is four cards short.

As with any game, you need to know the ground rules of poker but be able to strategize as well. Here are a few Razz poker strategies to up your game.

The best starting hand in Razz is A-2-3. If you get this, you’re off to a great start, although keep in mind that you need to hit other cards too, so don’t play too recklessly.

8-low is usually the cut-off point for a good starting hand—players will usually fold three-card starting hands that have anything higher than an 8.

Since pairs count in Razz, a starting hand with pairs is not a good one. In fact, pairing up on the next rounds is something to avoid in order to get a strong hand.

2. Steal the antes and bring-in bets

Let’s say the player who posted the bring-in bet has K♦ showing and the table folds around to the player on the right who has 9♦ showing. The player on the right should raise the bet (even with a lower exposed card) as the other player is unlikely to be able to call. This move will usually steal the antes and bring-ins—another key strategy for Razz poker.

If your opponent checks while their exposed cards are low, it is likely that their hole cards are not too hot. You can use this to your advantage and try and take the pot. The worst case scenario is you will get check-raised—but even so, you will still get information on the other player’s cards.

4. Don’t go against the odds

As most cards are exposed by fifth street, you and other players can get a clearer idea of where you stand and how you fare against each other. So even if you had a great starting hand, when you get a high card on fifth street and your opponents have low door cards, it might be best to fold and limit your losses. 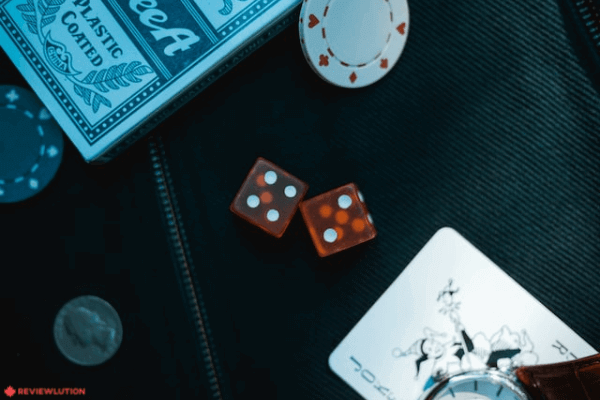 Possibly the best Razz poker strategy you can employ is tracking and memorizing all the cards showing and the ones that might have been folded. This way you will be able to calculate the outs and guess if the card you need for your low is likely to show up or not.

You can also have a lock on a hand, i.e. when you know that your opponent cannot have a better hand than you. So, if on sixth street you are holding a 4♦2♥ and your door cards are 3♣A♠K♥6♠, while your opponent has 5♣6♠J♦7♣ showing, you know that whatever hand they draw in the final round cannot beat your 6-low.

These are all legit poker card-counting techniques that you need to master if you want to be a successful player. What’s more, they can be used when playing in a land-based casino or when playing Razz poker online.

How do you play Razz poker?

Razz poker is just like Seven-Card Stud, the main difference being that you need to have the lowest card to win.

Do flushes count against you in Razz?

No, straights and flushes do not count and Ace always plays low.

How do you win at Razz?

To win a Razz poker game, you must complete a card combination with the lowest value possible. So, the best possible hand in Razz is 5-4-3–2-A (aka 5-high, the bicycle or the wheel).

Do pairs count in Razz poker?

Yes, according to Razz poker rules, pairs count and are generally considered a bad hand. Actually, players tend to fold when they are dealt a pair higher than 8s on third street.