According to the latest reports, Toronto is the most expensive market when it comes to real estate, thus beating Vancouver for the first time in a few decades.

The Royal Bank of Canada released an analysis this Friday, which looked into preliminary information provided by real estate boards. According to the study, Vancouver’s benchmark price amounted to $1.255 in January, whereas the benchmark price for January reached $1.260 in Toronto. 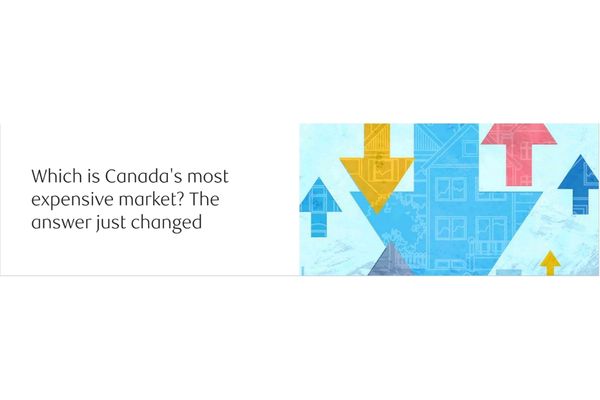 “It’s a stunning development though not entirely surprising considering how hot the Toronto-area market has become, especially since the fall,” stated the Senior Economist at RBC, Robert Hague, who proceeded to add that “Toronto’s benchmark price soared over the past five months, including a mind-blowing 4.3 percent monthly increase—or nearly $52,000—in January alone. Vancouver prices have accelerated as well, just not to the same extent.”

Hogue noted that the real estate market in Toronto did not slow down even within the spike in Covid-19 cases during the winter as well as the pandemic restrictions and January snowstorms. The price surge, according to Hogue, is caused by the never-before-seen competition between Canadian buyers.

“Intense bidding wars have pushed prices to new heights both in level ($1.260 million for the composite MLS HPI benchmark) and rate of increase (33.3 percent). In fact, the Toronto area has now become the priciest market in Canada”.

“Buyers are especially fond of single-family homes (prices are up an astounding 36 percent y/y, with gains exceeding 40 percent in Durham and Peel regions) but also increasingly interested in condos (prices up 26 percent y/y).”

However, Hogue believes that the market competition is inevitably going to slow down due to the high-interest rates.