Religion and numerology have both had an impact on our perception of the unknown and the mystical. People started to associate numbers with good and evil forces and did rituals to avoid unwanted outcomes.

In this article, we unravel the meaning behind unlucky numbers around the world.

Superstitious Numbers Around the World

What is considered to bring bad luck in some countries, can have the opposite meaning in others.

So, without further ado, let’s jump right into the unlucky numbers in different countries.

Some nations consider the number 3 to be an unlucky number. There is a superstition surrounding the number that bad things or death come in threes, which is why people oftentimes try to avoid it.

Similarly, there is a popular belief that celebrities die in threes. For instance, Michael Jackson, Farah Fawcett, and Ed McMahon all died within the same week, which also supports the notion that death and catastrophe come in threes.

Moreover, Indians believe that any work that involves three people will cause a disturbance, hence the negative connotation attached to number 3.

In the Mandarin language, the pronunciation of the number 3 sounds very similar to the word apart. It’s considered to bring misfortune to those in love.

Of course, that’s not to say that the number 3 is perceived as an unlucky number worldwide. On, the contrary, in China, Italy, Sweden and the USA it’s actually believed to be a lucky number.

If you’re familiar with Japanese and Chinese culture, you might already know that 4 is an

unlucky number there. The bad reputation of the number four is due to the pronunciation of the number which rhymes with the word “death”. Some people have taken this belief very close to their hearts that have caused them to develop a fear called tetraphobia.

This superstition has pushed the Chinese to avoid the number four at any cost. They even went as far as building companies skipping the fourth floor and drivers getting to choose plates that don’t have any fours on them. Also, many people tend to avoid buying houses that contain the number four as a part of the home address.

But unlike China and Japan, Europeans believe the opposite. Europeans consider 4 to be a lucky number because it associates them with the four-leaf clover which is the symbol for luck and abundance.

Surprisingly to the western population, 7 is sometimes considered an unlucky number.

Namely, in western countries, the number seven is celebrated as the luckiest number. In fact, the number seven is the ultimate lucky number in gambling, especially poker and slots. For instance, landing three sevens on a slot machine in a single line will earn you a Jackpot. Its lucky reputation has also to do a lot with religion and It’s deeply embedded in the Bible.

On the other hand, in China, Thailand and Vietnam, the seventh month of the year signifies the month of the ghost. It is the month when people pay respect to the deceased, so the number seven comes in a negative connotation.

While the number 8 signifies luck in some eastern countries like Vietnam, Japan and China, India considers it to be an unlucky number.

In astrology, the number 8 is ruled by Saturn (“Sani” in Hindi) which is considered a harsh planet. Generally, 8 is related to misery and misfortune, but It’s also said to bring disruption in relationships.

The number 8 is also related to many natural disasters that have happened on dates with the number 8. The unfortunate events have only fueled the narrative that the number 8 causes disaster. 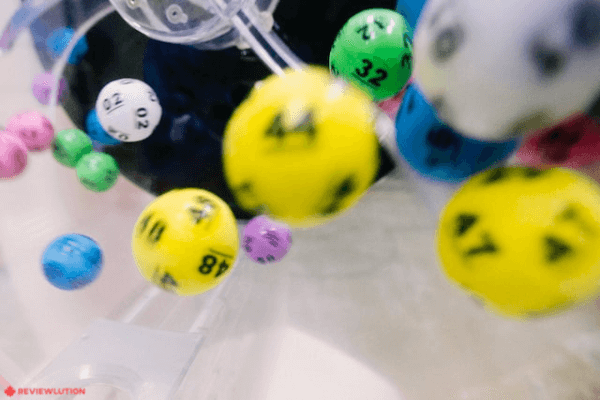 The Japanese associate this number with bad luck. Just as the number 4 is pronounced almost identical to the word death in Chinese, the number 9 sounds very much like the word torture or suffering in Japanese.

But the same number that is believed to bring bad luck in Japan, is fortunate in China and Norway. For instance, in China, the number 9 means longevity and good luck, while in Norwegian mythology, the number 9 is a sacred number.

Yes, number 13. The most feared number of all. Did you know that the fear of the number 13 is also known as paraskevidekatriaphobia? Most of the theories that 13 brings misfortune stem from religion.

In the history of Christianity, a significant event has sparked the negative superstition of the number 13 that has been swirling around for centuries. The Bible speaks about the Last Supper, where Jesus and his twelve apostles were sitting at the dinner table, and Judas was the 13th guest, who later betrayed Jesus.

When thought of the number 13, we immediately associate it with Friday. You must have heard of the “Friday the 13th” movie franchise where a sequence of horrors happens on Friday the 13th. But why specifically Friday? Interestingly, this might be related to the crucifixion of Jesus that happened on Friday.

Another historical event that comes into play is when King Philip of France, on Friday the 13th ordered the execution of all the Knights in the Temple.

When it comes to gambling, number 13 is avoided at all costs. It is said to bring bad luck, especially when playing roulette.

Next on the list of unlucky numbers in the world is number 17. While seemingly a harmless number, that’s not what Italians think. Some Italians believe the number 17 to be an unlucky number.

In Italian culture, the number 17 is linked to bad luck. Its negative interpretation came from the fact that the number 17 means my life is over in Latin. That’s because the number 17 in Italy is written in Roman numerals (XVII). When rearranged, the number forms the Latin word VIXI, literally translating to I have lived.

In Afghanistan, the number 39 has a negative meaning to it. Afghans have an aversion towards the number because it translates to morda-gow, whose literal meaning is dead cow. In Afghanistan, dead cow is a jargon for a pimp and is associated with shame and disgrace.

The number 39 is so frowned upon that car owners often try to cover it up and it’s really hard to sell plates containing that number. Drivers with number 39 plates are even beeped at and pointed at by other drivers.

The list of bad luck numbers can’t be complete without the number 666. It has a bad reputation, so much so that it is often referred to it as the malevolent sign or the sign of Satan.

Its superstition originated from Christianity and it is said that the number 666 is the number of the beast, often referred to as the devil. That’s explained In the Bible’s apocalyptic book, where the number 666 is a reference to the Antichrist. Therefore, many people in Christian countries have developed a fear of the number 666 called  “Hexakosioihexekontahexaphobia”.

What is bad luck in some countries, is fortune somewhere else. In Chinese numerology, the number 666 is interpreted as good luck.

There are no evidence-based explanations as to why a lot of the numbers get negative meanings attached to them. The belief that certain numbers can bring a stroke of good or bad luck, has also to do with numerology to a good extent.

In fact, numerology has always talked about good and bad luck numbers, assigning mystical relationships between numbers and events.

What’s your take on this? Would you say you’re superstitious yourself?

Why is 13 an unlucky number?

According to religion, Judas was the 13th guest at the Last Supper who later betrayed Jesus. It is one of the possible explanations as to why 13 is an unlucky number.

There have also been some historical events where horrible things happened on the 13th, which only led to strengthened superstition.

Why is 7 an unlucky number?

Number 7 has a bad reputation in China because the seventh month of the year is the month when ghosts arise on the earth. People pay respect to the dead and bring forward food for the ghosts to avoid being haunted by them.

Which is the unluckiest number?

The number 13 is considered to be the unluckiest number out of all the unlucky numbers around the world.