Residual value is one of the most determining factors in the cost of a car lease for both the lessor and the borrower.

But what is a residual value on a car lease and how is it calculated?

Stick around to find out.

What Is Residual Value on a Car Lease?

Put simply, residual value is what the lessor expects to receive for selling the vehicle at the end of its lease term.

When you’re leasing a vehicle, you’re essentially borrowing it for a predetermined period during which you’re making payments to compensate the owner (in this case, the leasing company) for using the vehicle.

In that period, the vehicle will depreciate and will be worth less than what it did when it was driven straight out of the showroom.

But regardless of how much its value drops, the vehicle is unlikely to become completely worthless. The leasing company will still be able to sell it to you or someone else once the lease is up.

That projected value of the vehicle is called residual value.

How Is the Lease Residual Calculated?

The residual value is determined by the lessor and is usually expressed as a percentage of the Manufacturer’s Suggested Retail Price (MSRP).

To calculate the residual value, the lessor first looks at past models and future predictions, using industry resources, which helps them determine the depreciation percentage.

Once they have an estimate of how much the car will lose in value at the end of the lease agreement and/or its useful life (compared to its starting price), they have the estimated salvage value of the car or how much the lessor would earn when they sell the car after its value has depreciated.

They then take the cost they may incur from the asset’s disposal from the estimated salvage value to get the residual value for the vehicle and the lease. 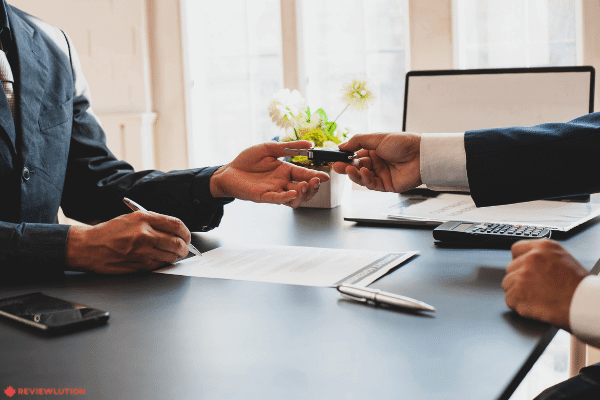 Why Is The Residual Value Important?

Whether you’re planning on buying the car at the end of the lease contract, want to return it, or lease another vehicle, the residual value of that car is important because it’s one of the most important factors that the lessor uses to calculate your monthly lease payments.

Assuming the car’s initial price is $30,000 and it’s expected to depreciate by 20% over one year, the car’s residual value at the end of the lease agreement would be $24,000.

The depreciation value (in this case, $6,000) is then divided by 12 months (the length of the lease agreement), which results in a $500 monthly payment, before taxes and fees.

Can You Negotiate the Residual Value?

The residual value is a non-negotiable part of the equation. Each leasing company sets the residual worth of a vehicle by conducting an extensive analysis of data they get from outside organizations.

Although there’s no wiggle room for negotiation, you can shop around and see if you can find a leasing company with a more favorable residual rate, but the difference is unlikely to be a significant one.

How Does the Residual Value Affect Different Kinds of Leases?

In addition to your monthly payments, the residual worth can also impact how much you pay at the end of the lease agreement if you opt for an open-ended lease and the car depreciates at a faster rate than expected.

Here’s why that is.

In a closed-ended lease, the lessee does not assume the depreciation risk of the car when the lease agreement is up. This type of lease comes with more stringent terms and fixed rates, but there’s no risk of having to compensate the lessor for a depreciation value that’s bigger than the one predicted.

In an open-ended lease, the lessee is expected to purchase the vehicle when the agreement ends by making a balloon payment which is the difference between the residual value of the vehicle and its fair market value.

In other words, an open-ended lease means the lessee is responsible for covering the depreciation of the vehicle should it fall below what the leasing company predicted.

Here’s how that would play out.

Should You Buy Out or Renew Your Lease?

Whether you should buy the car you’re leasing or get a new lease altogether depends on your financial situation and preference.

The main advantage of buying out the lease is that you can get it at a lower price – unless there are early purchase fees in the agreement or something else that might cost you more than it’s worth.

There are some ways you can get out of a car lease early without paying fees.

On the other hand, jumping to another lease agreement means you get to drive a newer model and get a good trade-off deal. Even if you already own a vehicle, you trade in your car for a better model with lower monthly payments.

The downside is you’ll be tied to a contract that requires you to make monthly payments and may end up overpaying for it, especially if you’re in an open-ended lease agreement.

Worth noting: If you want to purchase your leased car early, but you’re not quite financially there, you can take out a good car loan to cover the difference. Here are the best car loans in Canada that can help you make that happen.

Keep in mind that you’ll need to have a good credit score (and that there are ways to improve your credit score) and that loans are not the best way to get out of a bad financial situation. 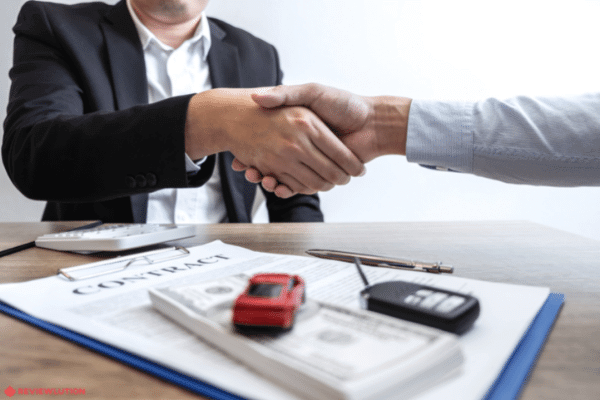 A residual value is the expected value of the vehicle when the lease agreement ends. This figure, which is expressed as a percentage of the MSRP, plays an important role in determining your monthly payments and can affect how much you owe the leasing company at the end of your leasing agreement.

How does a car lease work?

A car lease is a binding agreement between a leasing company and a consumer that allows the latter to use the car for a fixed amount of time in exchange for making timely monthly payments that cover the depreciation value of the vehicle (plus some other expenses).

Car leases typically last between 2 and 4 years, and most contractors allow you to buy the vehicle at the end of the agreement, turn it in, or lease another vehicle.

How to negotiate residual value on a lease?

The residual value of a vehicle is determined by the leasing company and is a non-negotiable part of a leasing contract.

What is residual value on a car lease?

It’s the projected vehicle’s worth at the end of the leasing agreement. 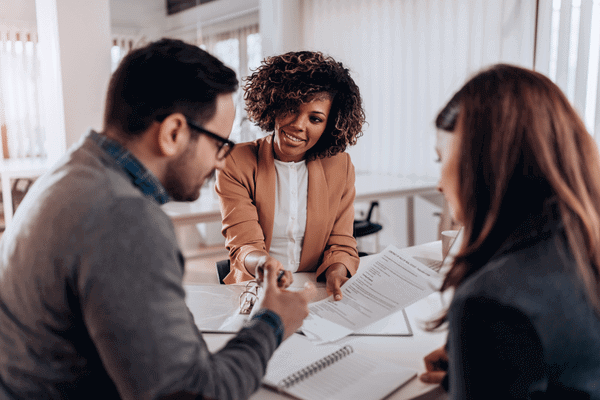 What Is a Demand Loan? A Guide for Canadians