Rummy is an immensely popular card game that is not only fun but can actually boost your memory and cognitive skills. And although rummy rules can seem a bit complicated at first, the game is quite easy to play once you get the hang of it.

What Are the Basic Rules of Rummy?

Objective of the game

In a basic Rummy card game players need to dispose of all their cards by putting (or melding) them into two combinations: 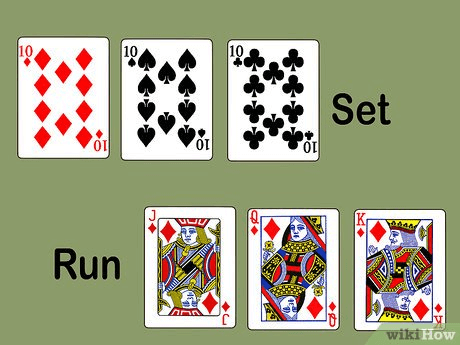 The ranking of cards is not like in poker. In rummy, Aces are lowest and Kings are highest, although there are some variations where runs of Queen, King and Ace are allowed (in this case the Ace is highest and worth 11 points).

To get started with Rummy, you will need:

Before the play starts you should also set a points target or limit the number of deals to determine when the game ends.

Don’t have a quality set of cards? Check out our selection of the best playing cards in Canada!

How to Play Rummy?

The first dealer is chosen randomly. If there are more than two players, the turn to deal (and the play) rotates clockwise.

The dealer shuffles the pack and deals one card to each player (face down). The number of cards dealt depends on the number of players. Therefore

Once the dealing is done, the remaining cards of the pack are placed face down between the players—this is known as the stock. The dealer takes the top card of the stock and places it face up next to the stock to start the discard pile.

You start the game by either drawing a card from the stock or one or multiple cards from the discard pile.

You can then use the card to form a set or run from the cards you already have. If you have a sequence already set up, you may lay those cards face up on the table in front of you. This is known as melding and is optional, meaning you can keep all your cards in your hand until the game is over.

Keep in mind that in some Rummy games, players are permitted to meld as many combinations in one turn as possible, while in others, you are only allowed one meld per turn.

You may also add more cards to an existing meld, yours or another player’s, Known as laying off, this is optional as well, but there is no limit to the number of cards you can lay off in one turn.

Note: In some variations, a player is not allowed to lay off any cards until they have melded a set or run of their own.

Whether you have laid off cards on the table or not, you must discard one card that you do not need onto the discard pile to end your turn.

If you began your turn by drawing from the discard pile, you can’t end it by throwing the same card. Instead, you have to discard another card and get rid of the first card at a later turn.

Note: If the stock pile runs out and the next player does not want to take a card from the discard pile, the discard pile is turned over (not shuffled) to form the new stock.

The pattern continues until a player goes out, i.e. gets rid of their last card by either melding, laying off or discarding it. This marks the end of the play, even if other players still have cards in their hands.

Interested in card games you can play in pairs? Here is a closer look at euchre 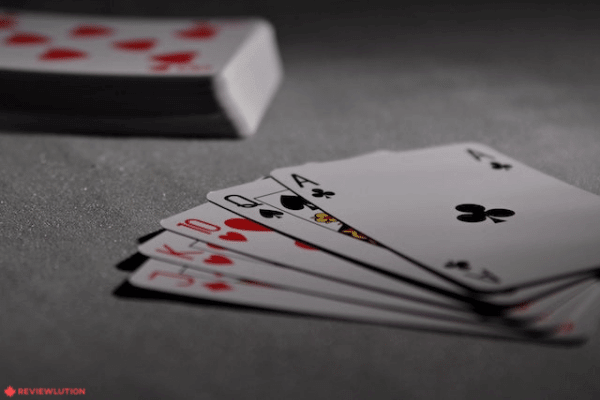 When a player goes out, the remaining players add up the value of all their cards, regardless of whether or not they’re in a group or matched.

Here’s how cards are scored:

The total value of the remaining cards is added to the winner’s score.

The game goes on until a player reaches the points target or the number of deals that have been set before the play starts. The person with the highest score wins.

Optional rummy rules say that a player might earn a bonus if they manage to go out by melding or laying off their entire hand in a single turn.

Related: How to play Hearts?

Here are a few of the most popular rummy card games.

Also called Pinochle or Persian Rummy, this is very similar to the basic rummy game—the difference is that players score the value of the sets or runs they meld and the person who gets 500 points first is the winner.

One of the most popular card games in the world, Gin Rummy closely follows the rules of rummy—the difference is that it is played with two players. The objective of the game is to meld as many cards together and eliminate deadwood (cards that do not form part of any meld). 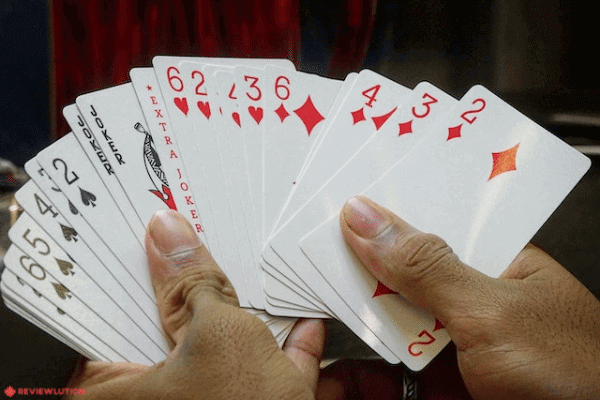 Contract Rummy is played with 3 to 8 players and at least two decks of cards. This game is also known as Combination Rummy, Deuces Wild Rummy, and Joker Rummy. Every game consists of 7 rounds of hands—in each, a predetermined pattern of melds needs to be met for the player to be able to lay down the cards.

This variation is similar to contract rummy—seven hands are played and each requires a predetermined combination of cards to be melded. Continental rummy can accommodate up to 8 players and requires two 52-card decks and 1 Joker per pack. The player with the fewest points wins.

How many cards does each player get in Rummy?

Depending on the game variation and the number of players, each player may get 10, 7, or 6 cards. For instance, 2 players will get 10 cards each, 3 or 4 players are dealt 7 cards, whereas 5 or 6 are given 6 cards each.

Can you play rummy online?

Yes, there are several rummy apps available for both phones and tablets. What’s more, there are some casinos that feature rummy tournaments, although since the game is a bit slower than some other popular casino card games, not a lot of gambling establishments offer rummy.

If you want to play this card game for real money, but can’t find it online, consider some poker variants like Texas Hold’em and Omaha.

Does a run in rummy have to be the same suit?