There are numerous other sites and apps that operate on the same principle – acquiring and sharing access to products and services.

To learn more about this growing trend in Canada and abroad, we decided to delve deep into the latest sharing economy statistics.

Here’s a preview of what we found:

1. The Canadian sharing economy is worth $1.3 billion.

The number of active Airbnbs in Canada nearly doubled between 2015 and 2016. Private rentals increased from 52,000 to 100,500, while hotel occupancy increased at a compound annual growth rate (CAGR) of just under 1%. Airbnb and Flipkey Canada are the leading accommodation choices for Canadians.

The latest government statistics on the sharing economy are from 2017. That year, a survey found that between November 2015 to October 2016, about 2.7 million adult Canadians took part in the sharing economy through the use of peer-to-peer ride services or private accommodation services – an equivalent of 9.5% of the population.

3. According to sharing economy statistics, around 9% of surveyed Canadians have worked in the sector.

In an online survey conducted by Environics Research in 2017, around 9% of 2,304 respondents said they work or had worked in the sharing economy. Their jobs span various services, from rides and repairs to food delivery and rental accommodations.

Among the respondents who had worked in the sharing economy, about 71% were younger than 45. So, sharing economy workers are relatively young. The same survey also found that 51% of the workers had children under the age of 18. 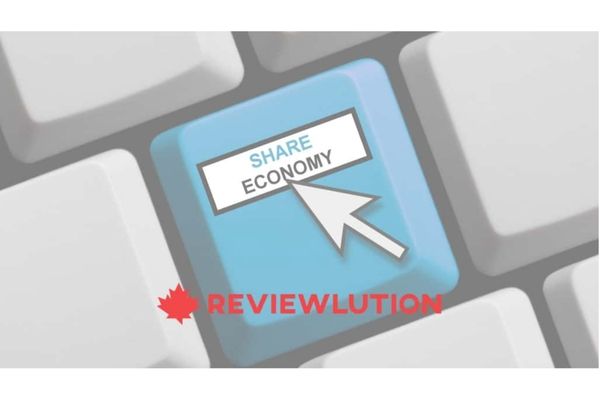 4. Less than 1% of Canadians make money through the sharing economy.

While many Canadians will readily use an app to look for a lift or accommodation, they are less likely to offer such a service themselves. In fact, less than 1% of the population makes money through the sharing economy. This translates to about 72,000 Canadian adults who worked as drivers for Uber and other similar sharing economy companies and 69,000 who offered their property for rent via Airbnb and others.

Sharing economy services have become wildly popular in recent years. In 2017, studies found that 8.6% of Canadians had used accommodation sharing services in the previous year. However, the older generation is relatively slow to warm up to this new trend.

Only around 2.1% of Canadians aged 55 and older used sharing economy services for rides and accommodation in 2016. Click To Tweet

Along with other sharing economy websites, Airbnb has revolutionized the landscape of accommodations and travel. As a result, there has been significant growth in different provinces of Canada, making the country one of the top markets for Airbnb.

The total accommodation supply of Airbnb in Canada was 18%. In terms of revenue, Calgary recorded the highest growth at an eye-watering 146%. This translates to more than $2.4 million in revenue in 2017 alone. Edmonton came next, with a 144% revenue growth, with the value amounting to $1.7 million.

Recent data from Uber revealed that the popular ride-sharing company made a significant contribution to Canada’s economy. The value of the sharing economy company included the impact of earnings of drivers, delivery people, and Uber eats.

8. Uber is available to 19 million Canadians across 140 municipalities.

Although one of Uber’s co-founders is Canadian (Garret Camp), the company did not launch in Canada until 2012. Today, it is accessible to 19 million people all over the country.

59% of Canadians who have used Uber continue to favour it, while only 12% of them have unfavourable opinions.  Even drivers and delivery people are satisfied with Uber, as 75% of them favour it.

9. Around 39% of Canadians prefer to call a taxi, compared to 29% who would rather find a ride via Uber.

Overall, Canadians still prefer to call a conventional ride like a taxi. However, their preferences when it comes to ride sharing in Canada are heavily influenced by age.

Overall, about 49% of Canadians hold Uber in a positive light. Around 78% of Canadians say that it is up to traditional taxi companies to up their game to meet the rising competition from ride-sharing apps.

Let’s review the demographics of Uber usage in Canada:

11. Uber offered drivers in Ontario $2 million worth of insurance coverage when they’re carrying passengers on the platform, which helps boost the sharing economy of Toronto.

The limited personal auto-insurance policies are one of the significant issues for ride-sharing drivers, as they don’t cover ride-sharing. However, some companies, including Uber, do offer this benefit. It is part of how Uber works in Canada.

The policy also includes third-party liability, repair coverage, and collision coverage. That’s because most drivers choose to buy additional coverage and reduce their deductible in the process.

12. 73% of Canadians who used a ride-sharing service opted for Uber, sharing economy trends for 2021 confirm.

Uber is the undisputed leader of ride-sharing in the Great White North and the go-to option for nearly three-quarters of Canadians who choose to share a ride. The next choice is Lyft, with 29% of respondents citing it as their pick. Other choices include Co-op Cabs, Carpool Canada, Diamond, and Royal, among many others. 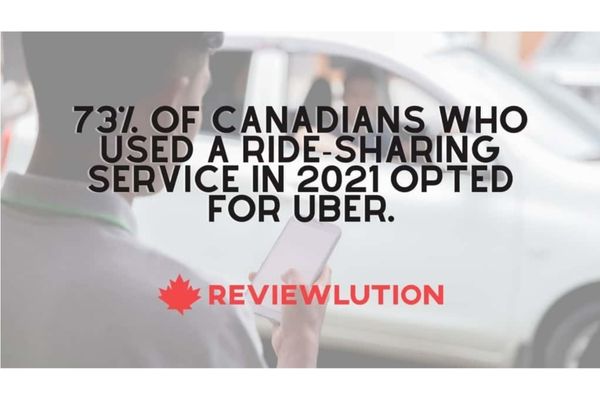 Now that we’re familiar with the state of the sharing economy in Canada, let’s take a quick look at the global situation.

As is the case in Canada, the global sharing economy is mostly driven by Millennials.

For many Millennials, the sharing economy offers a better consumer experience. That could be the result of living through the 2008 financial crisis, which was the most significant economic downturn since the Great Depression.

14. Sharing economy statistics for 2019 revealed that the Asia-Pacific region has 11,592 flexible workspaces.

Europe (excluding the UK), the Middle East, and Africa had 6,850 shared offices.

In terms of individual countries, the US had 6,293, while the UK had 5,923. Read on to find how many employees are using coworking spaces:

Workspaces are often rented on a monthly basis from a third party, with the latter supplying the majority of the office equipment. The concept is particularly popular among freelancers and people who work from home, as they may only need access to a more social atmosphere a couple of days a week. And overall, growth has been phenomenal.

In the last few years, the world has seen the astonishing rise and rise of the sharing economy. This has been aided by growing digital platforms and consumers’ willingness to try mobile apps that facilitate peer-to-peer economy models, shared entrepreneurial enterprises, and so on.

Individuals or groups can profit from underutilized assets by participating in sharing economies.

We are transitioning to an economy in which physical assets are shared as services. As such, the sharing economy is a greener choice because exponentially growing ownership rates are not sustainable in the long run.

The purpose of regulations in the sharing economy should be to reduce entry barriers for startups, increasing competition for existing players.

Sharing economy statistics underline people have demonstrated a strong appetite for all types of services – hospitality and dining, automotive and transportation, labour, delivery, short-term loans, and retail and consumer goods.

What is the sharing economy?

The sharing economy is also known as collaborative consumption or peer-to-peer economy. It reflects peoples’ ability – and choice – to rent or borrow goods rather than buy and own them.

A critical feature of the sharing economy is that it allows people to monetize underutilized assets. These assets can be anything from large items like cars and houses to small items like tools, toys, and clothing.

Is the sharing economy good?

The sharing economy business model has a good impact on the environment since it reduces the overall amount of resources required. It also helps to minimize pollutants, emissions, and carbon footprints.

For instance, vehicle sharing can have a positive environmental impact in the transportation sector by reducing overall mileage.

By moving personal transportation choices from ownership to demand-fulfillment, such sharing activities can also encourage long-term changes in consumer behaviour.

How much is the sharing economy worth nowadays?

How many people use the sharing economy?

As of 2021, the number of Americans taking part in the sharing economy is estimated to be 86.5 million. In Canada, the sharing economy has become a $1.3 billion industry annually. It is only slightly smaller than Canada’s fishing, hunting, and trapping industry.

What is the growth prediction for the shared economy?

According to sharing economic statistics, the global sharing economy is projected to have annual revenue of US$40.2 billion in 2022. The projections for Canada are also positive. The growth of the sharing economy is inevitable, especially with the continuous advances in technology. Canadians, especially the younger generation, prefer the accessibility of ride-sharing apps like Uber.

Michelle has immersed herself in the writing world fueled with a curious mind and a fierce love of learning for more than 8 years. Her passion lies in content marketing, digital technology, and current events. She has always such a joy to sift through a trove of information and organize it in a way that helps readers navigate the ever-changing landscape of an increasingly digital and data-driven age. I’m a firm believer in the saying that information is power, and I seek to put it into good use. We learn together along the way, one step at a time.