Anyone curious to explore the Great White North should delve deep into Canada tourism statistics. And while that’s precisely what we’re going to focus on, let’s start with a little anecdote.

When I asked a European friend of mine what made her curious to visit Canada in the first place, she gave me a surprising three-word answer:

More to the point:

The sprawling Canadian Rockies in the BAFTA-winning film Brokeback Mountain. With a contrary appeal, there’s also Scott Pilgrim vs. the World – a shoutout to the cultural scene of Toronto.

But above all, it was the 2005 sitcom How I Met Your Mother, where the main characters frequently made fun of Robin, a Canadian. Her accent was the butt of ridicule.

But the show worked weird reverse psychology for my friend! It made her want to visit Canada all the more, to find out what the fuss is all about.

But what do tourism in Canada statistics have to say? 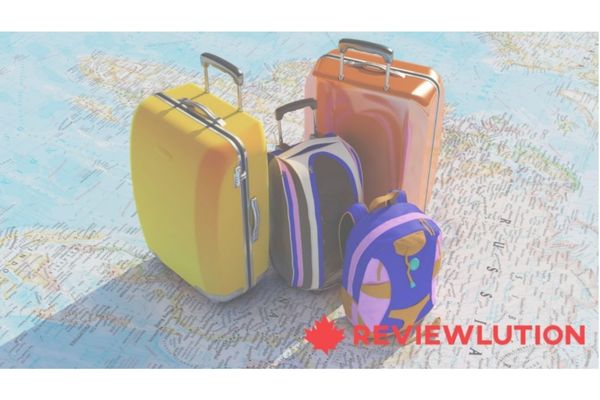 1. The tourism industry in Canada has a decidedly young workforce, with 30.7% of its employees aged between 15 and 24 years.

Additionally, 20.6% of employees are between 25 and 34 years of age. Tourism also employs a higher proportion of immigrants – they make up 35.3% of the industry yet only 23.8% of the total labour force.

2. Canada tourism statistics for 2019 reveal the industry contributed an estimated $43.5 billion to GDP that year.

Destination Canada (formerly known as the Canadian Tourism Commission) celebrated 2019 as the third consecutive year with a record-breaking number of visitors to Canada – 22.1 million. Moreover, Canada’s air access was revamped in 2019, accounting for 2.2% additional seats in international aircraft.

3. According to Toronto tourism statistics, the city attracted a whopping 28.1 million domestic and international visitors in 2019.

This represented a slight growth from the 2018 number of 27.5 million. City Hall, the Distillery Park, the Toronto International Film Festival, and the imposing CN tower are easily some of the most visited places in Canada.

Really, what’s not to like? We’ll get back to that later.

4. According to statistics on Canada tourism, the country recorded $104.9 billion worth of tourist spending in 2019.

Ottawa contributed to the revenue pool by raising $762 million from international visits. This was a substantial hike over the 2018 Ottawa tourism statistics when the capital hosted 11 million visits. However, the vast majority of these visits were domestic – 90% of them, to be precise.

5. Tourism accounts for 2.1% of the Canadian economy.

Let’s break down the 2019 Canada tourism revenue:
Canadians themselves spent 78.4% out of the total tourism revenue in Q2 2019. This sum stood at $24.3 billion in tourism spends. Accommodation, travel services, luggage, and camping equipment were the main drivers of revenue growth (2.9%).

These were stats about domestic tourists. But what about international revenue in tourism? Read on to find out.

6. Canada’s tourism revenue in 2019 from international visits rose by 3%.

7. In 2017, Canada’s Ministry of Tourism dedicated $5 million to promote the exploration of national parks and indigenous experiences.

That’s quite a bit! And the good thing is that Canada is setting an example for governments all over the world.

Only when a government has faith in the country’s undiscovered flora will it be able to pitch it to international markets. And the Canadian government is doing just that.

The Canadian Experiences Fund supports investments in tourism-related infrastructures, such as accommodation or local attractions. It also promotes the development of tourism products and experiences. 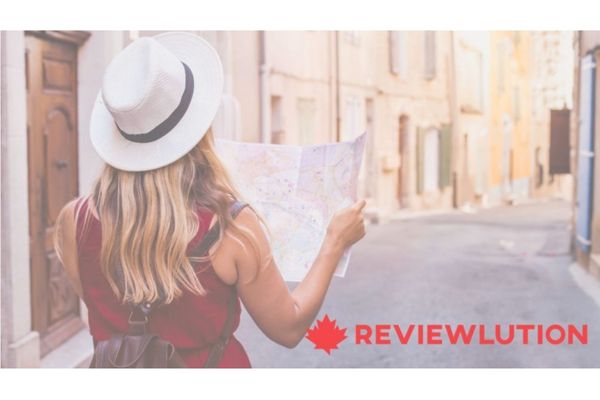 The tourist sector was the hardest hit due to the travel bans that COVID-19 brought on. Coupled with thousands of company closures, a large chunk of the Canadian population lost their jobs.

In comparison, nationwide job losses accounted for 13.8%. The tourism industry’s unprecedented trend remained at an all-time high even by the end of the year, at 14.6%. This number was significantly higher than the year-end unemployment rate of 8% in all other sectors.

11. A survey of Canada tourism statistics by province reveals that Ontario had the most international tourist trips in 2020 – over 1.3 million.

British Columbia was second, with 841,000 tourists. Quebec ranked third among provinces, with 523,000, followed by Alberta and Manitoba. These figures marked a massive drop from 2019 and resulted in subsequent losses.

12. Ontario tourism statistics reveal a loss of $13.7 billion in travel spending in 2020. out of the cumulative countrywide loss of $36.4 billion.

As a whole, the total figure for the country was $36.4 billion, and Ontario suffered the most by far. Other significant provincial losses in the sector include Quebec with $7.9 billion, British Columbia with $6.1 billion, and Manitoba and Saskatchewan with $1 billion each.

This is significantly lower than the figure for March 2020, which counted 2.8 million tourists. And in 2019, there were as many as 4.8 million.

But there’s light at the end of the tunnel:

15. 80% of Canadians are keen on travelling overseas as soon as restrictions are lifted.

Additionally, 84% of Canadians believe in the benefits of international and domestic travel. Hopefully, this will help support a projected 150,000 jobs.

16. The pandemic caused a drop of 32% drop in visits to national parks and historic sites.

However, this drop was primarily due to the loss of international visitors. In a fair change of tourism trends, Canadians flocked to near-at-hand vacation spots. Rouge National Urban Park, for instance, received more visitors than ever before. The oft-ignored Quebec Island also became a tourist favourite in 2020.

When it comes to where to travel in Canada, the top five national parks that recorded an upsurge of visitors in 2020 were:

Additionally, some locations recorded an increase in visitations throughout the entire season. In fact, tourists increasingly enjoyed urban hikes and the exploration of urban parks.

But why this change in Canadian travel trends?

Parks Canada had this to say: 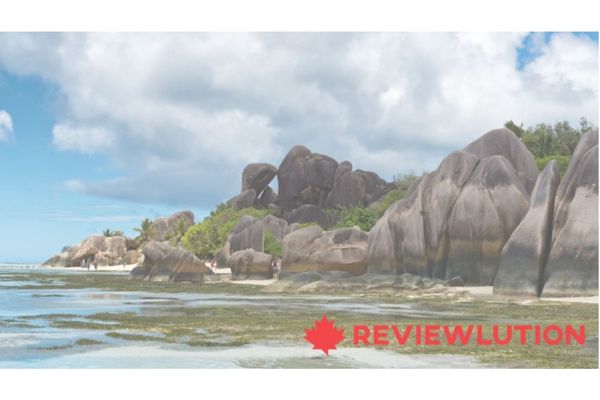 No exploration of Canada tourism statistics is truly complete without a special section on the most popular tourist locations in Canada. The second-largest country in the world, Canada has tourist attractions spanning a variety of tastes. Be it the celebrated Niagara Falls or the metropolitan CN tower, Canada has something for every tourist.

Many people think of it as the Canadian equivalent of New York City. Toronto is a multicultural hub of bustling tourists, and with good reason! Tourism statistics report that in 2019, Toronto welcomed a whopping 28 million visitors who spent $6.7 billion.

But what really attracts droves of tourists to Toronto every year?

Apart from the city’s iconic CN Tower, popular destinations include Toronto Island, Casa Loma, and the Toronto zoo. For history buffs and art enthusiasts, there are famous museums like the art gallery of Ontario and the Royal Ontario Museum. Nathan Phillips Square and the Hockey Hall of Fame are also on this list.

Every year, millions of cinephiles attend the world-famous Toronto International Film Festival. And, of course, Tim Hortons coffee and Timbits are for everyone.

Montreal welcomed 4 million international visitors in the summer of 2019 alone, tourism statistics reveal. Most of them flocked to Vieux-Montréal, the picturesque old town where you can come across buildings dating back to the 17th century.

Without a doubt, the most famous tourist attraction is the spectacular Notre Dame Basilica. Walking tours of the cathedral allow tourists to explore its vast insides, the twin towers, and the intricate woodcarvings.

Place Jacques-Cartier also has an old-world charm. A famous art and craft market and proximity to other historic sites like City Hall, the Old Palace of Justice, and Chateau Ramezay Museum, make it a popular choice for visitors.

But you can’t really go about just admiring the city’s beauty on an empty stomach, can you?

No visit to Montreal is complete without a poutine – the quintessential Canadian fast food. And let’s not forget the Montreal bagel. Did you know that it gets its distinctive flavour by being boiled in honey water?

Thinking of tourist destinations in Canada that offer a confluence between nature and city life? Then Vancouver should be your go-to destination! And you’re not alone, as 10.3 million people visited Vancouver stood in 2017.

Within an hour’s drive lie three mountains – Cypress Mountain, Mount Seymour, and Grouse Mountain. They’re a favorite haunt for tourists who love to go snowboarding or skiing. The 2010 Winter Olympics were held at Whistler, and Cypress Mountain was part of it.

Vancouver is among the most popular tourist locations in the Great White North because it’s got the best of both worlds – a vibrant urban culture and easy access to the great outdoors.

And there you have it – all the latest Canada tourism statistics. While the industry has been in the doldrums during the COVID-19 pandemic, the experts predict it will bounce back before too long.

An overwhelming majority of Canadians intend to resume travelling both domestically and overseas once the pandemic is over. And that’s terrific news for Canada’s tourism industry.

How many tourists visit Canada each year?

How many tourists visit Toronto each year?

Toronto welcomed a record 28.1 million domestic and international tourists in 2019.

Which country visits Canada the most?

Tourists from the United States rank among the top visitors to Canada, with 22,057,860 visitors in 2015. This number is followed by visitors from the UK, France, and China.

How much does Canada rely on tourism?

Canada tourism statistics reveal that the tourism industry made up 6.5% of total GDP in 2019.