The Canadian welfare system is one of the main reasons the Great White North is so attractive to immigrants. Unlike in some other countries, the Canadian state really wants to help, even though it’s impossible to solve all social issues.

These stats are arguably some of the most positive in the whole world, along with those from Sweden, Norway, Finland, and Denmark.

Excited to find out more?

The History of Social Welfare in Canada

Canada has a complex network of assistance programs – on both the federal and provincial levels. Some people may even apply for both provincial and federal programs, which might drastically boost their living conditions.

Let’s see how it came into being:

1. Prior to World War I, it was mainly wealthy philanthropists who provided social assistance.

This is the so-called “Early Period,” which lasted from 1840 to 1890. During this time, distinguished individuals such as J.J. Kelso led the initiatives for child welfare manifested in the 1880s Toronto Children’s Aid Society. The first child welfare legislation in Canada was passed in the 1890s.

2. By the end of World War I, Canada faced significant challenges and had to focus more on the welfare of unprivileged citizens.

Numerous families badly needed even the most basic necessities due to the economic and demographic effects of World War I.

Even before the end of the war, Canada saw significant improvements in the sphere of social assistance, including:

The postwar era also saw a brief development of housing for the unprivileged.

It’s not a coincidence this happened in the wake of the Great Depression. The depression left a quarter of the Canadian population unemployed and in dire need of at least some form of assistance. In 1935, Canada saw its first permanent law for housing assistance. This is when the actual state welfare statistics start.

4. By the 1960s, Canada had become a true welfare state, thanks to universal medical insurance plans and retirement, disability, and survivors benefits.

But it wasn’t all smooth sailing:

Even in as progressive a country as Canada, progress was fairly slow, and the real investments began to catch up with the plans only by the 1980s. This is when it really became evident that Canada is a welfare state, as a Journal of Labor Economics article backed by numerous stats on Canada social assistance rates argues convincingly. 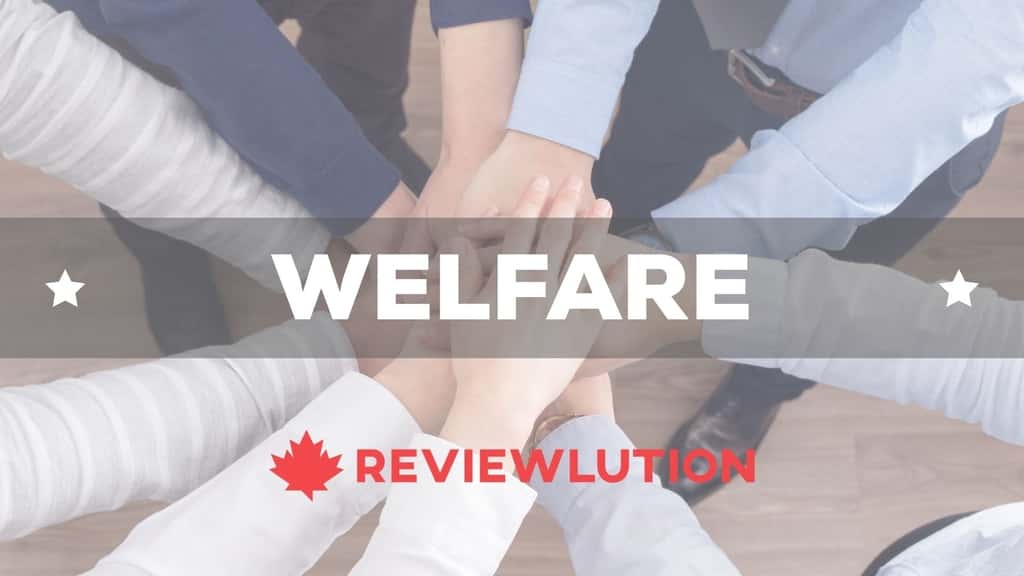 5. In 2008, around 5% of Canadians relied on social assistance programs.

First and foremost, they give us the background for the current situations.

At the same time, statistics on welfare and social assistance programs are very tricky to gather and analyze. The publishing lags very much, and sometimes it takes years to make a good analysis of welfare stats.

6. Between the mid-1990s and 2005, there was a steady decline in the percentage of Canadians on welfare.

This might reflect the general economic growth in North America during this decade, which ended abruptly as a result of the bursting of the real-estate bubble in 2007 and 2008.

The declines and starting rates of social assistance participation vary across different demographic groups, and that’s what we’ll focus on in the next few stats.

7. 50% of single mothers relied on welfare during the 1990s, Canadian welfare statistics confirm.

Single mothers are the most likely to participate in social assistance programs.

The 1990s peak ended quickly, and the rates of single mothers seeking SA have been declining from then on, falling to around 30% in the early 2000s.

8. According to Canadian welfare statistics, couples without children have the lowest SA participation rates – 6% to 4% between the 1990s and early 2000s.

It’s not hard to explain this phenomenon. Couples without children simply have more money.

Having a kid in Canada can indeed get expensive, and this is why not having a kid can act as a sort of economic advantage for certain couples.

9. Between 65% and 85% of refugees in Canada who apply for welfare eventually get it.

Unlike many other developed countries, Canada is pretty open to refugees people and readily awards them social assistance funds. This way, the unfortunate people fleeing war-torn regions with little more than the shirt on their back can get back on their feet and start to contribute to society.

But while refugees are likely to get public assistance, economic immigrants are not even likely to be allowed into the country if they cannot prove that they will have some sort of income in the next few years. 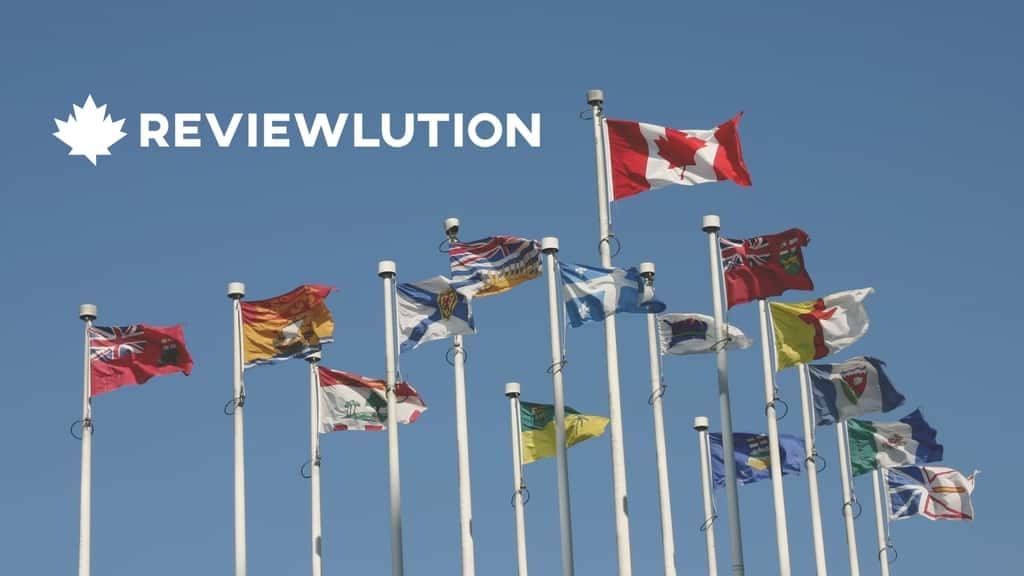 10. Newfoundland welfare per month amounts to around $364 for the first child.

We have to emphasize right from the start that the welfare system differs across Canadian provinces. Moreover, there’s a complex system of requirements individuals and families have to meet even to be able to submit their welfare applications.

Provincial social assistance rates vary considerably. For instance, in Newfoundland and Labrador, families with one child are eligible to receive $364 per year (as of 2013). Families with two children can receive $386 for the second child, and those with three $415, with $445 for each additional child.

As of 2013, there were 12,298 families and 19,061 children that qualified for Newfoundland and Labrador Child Benefit.

How much is welfare in Quebec?

Children with disabilities receive $1,431 per year, while single-parent families can apply for additional help of $1,300 per year.

Single-parent families with one child that have yearly earnings less than $20,603 are the most likely to get maximum family allowance benefits.

As for the Quebec social assistance rates, they are quite high:

879,840 families and a total of 1,477,691 children (more than 10% of Quebec’s population) participate in the family allowance program. We have to note that Quebec also had high social assistance participation rates of over 20% during the 1990s and 2000s.

Who is eligible for welfare in Ontario?

Here’s a quick list of requirements concerning the liquid assets of those applying for welfare:

Even though Ontario’s population is almost two times that of Quebec, we can see there are fewer people who rely on social assistance programs in this province. But that wasn’t always the case. In the 1990s and 2000s, Ontario went from being one of the biggest users of social assistance to having the lowest social assistance participation rates in Canada.

13. Ontario Works is a special assistance program whereby eligible individuals can receive up to $733 per month.

Needless to say, the welfare amount in Ontario varies with respect to different factors, such as the number of people in a family, disability, single-parent status, age, etc.

According to Ontario Works statistics, there were around 120,000 beneficiaries of this program as of February 2021.

Social assistance in Alberta is quite elaborate, taking account of the core essentials and core shelter.

We can see that services in Alberta are pretty generous when it comes to income assistance. Alberta also covers children’s school expenses, as well as emergency benefits, special transportation and travel, as well as supplementary health benefits.

Interestingly, according to welfare in Canada 2020 stats, Alberta withdrew the benefits of 10,000 households that had access to Canadian Emergency Response Benefit funding.

15. An adult in British Columbia can apply for up to $935 income assistance per month.

Social assistance in British Columbia is quite generous:

The whole program costs the British Columbia government $26 million per year. The number of people receiving state help is probably somewhere around 200,000, where it plateaued in the early 2000s. Indeed, recent but unofficial welfare statistics from Canada show the number of welfare recipients in BC is approximately 150,000.

Saskatchewan’s welfare rates have been going down but not necessarily because things have gotten drastically better in terms of economics. In July 2021, we saw that the future of some 7,000 recipients of government help is still uncertain, as different Saskatchewan assistance programs might come to an end.

17. A single New Brunswick resident who is considered employable can possibly get $7,131 in welfare from NB social assistance.

Naturally, a couple can get more money from the state, up to $26,723 annually. A single person with a disability will possibly get $2,500 more than an individual without disabilities, while single-parent families might apply for a $20,000 social assistance program. As of 2013, there were around 32,000 welfare recipients in New Brunswick.

18. NS income assistance rates vary from $608 to $1,393, depending on the number of people in a household and the type of household.

You get the idea by now:

Single individuals living in social housing don’t get as much as couples with several children who rent a house at the same time.

There are also the enhanced assistance rates – and here are the requirements:

So, Nova Scotia social assistance disability rates are included in the enhanced rates.

19. Thanks to the employment and income assistance office, families in Manitoba can get $1,951 monthly assistance.

Once again, the assistance depends on the size of the family and the age of the children. Combined with federal welfare, families can really supplement their earnings – those with three children might be awarded a total of $3,610 on a monthly basis.

That’s just about all you need to know about the crucial Canadian welfare statistics. As we can see, the welfare state in Canada is very much up and running, thanks to which millions of people in the Great White North live at least a little bit easier.

The Ministry of Employment and Income Assistance and the Ministry of Families, Children, and Social Development always work on new plans and programs for helping those in need.

And that’s something we can all smile about.

Does Canada have a welfare system?

Yes, and a very complex one. As mentioned, Canada has both federal and provincial public assistance programs. Welfare rates in Canada, on the one hand, vary by province and also with respect to other factors such as age, employability, family size, age of children, etc.

By the way, there’s no such thing as food stamps in Canada.

How many people are on welfare in Canada?

The exact number of Canadians on welfare is very tricky to establish, simply because this is a very decentralized system with different criteria and requirements across different provinces.

Nevertheless, we can make some educated guesses based on our research. In 2008, there were around 1.7 million people (5% of the population) who used public assistance programs, according to Policy Options. We might want to regard this as a very broad estimation of the actual number of people on welfare since the stats change every year.

What percentage of immigrants are on welfare in Canada?

Once again, it’s virtually impossible to come up with a definitive answer. Apparently, immigrants coming from South East Asia are less likely to apply for welfare and are also very likely to start a business and employ Canadians! On the other hand, immigrants coming from less well-off regions in the world, like Somalia, are much more likely to apply for welfare, according to Migration News.

We have to point out that Canada is a country of immigrants and that every year, there are as many as 300,000 new immigrants in the country. According to the most recent Canadian welfare statistics, the COVID-19 pandemic has made Canadians more sceptical about immigrants and how welfare funds are spent on them. A dire economic situation has probably made Canadians just a little bit less empathetic towards economic migrants.

How Much Does It Cost to Build a House in Ontario? An All-Around Guide on the Mortgage Stress Test in Canada BMO Raises Funds for the Acquisition of Bank of the West Tangerine vs Desjardins Review: A Comprehensive Comparison 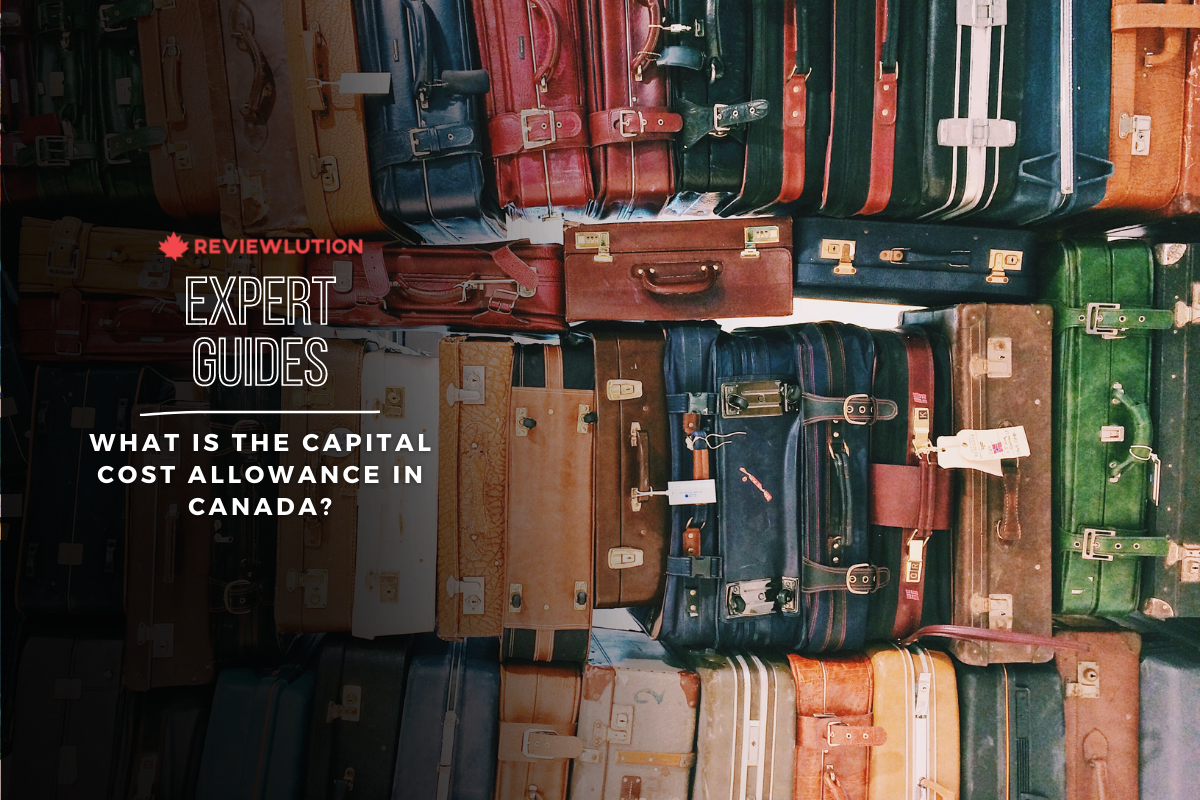 How to Avoid Customs Charges from USA to Canada

What Is the Capital Cost Allowance in Canada?

How Many Working Days in Canada in 2022?

How Much Does It Cost to Build a House in Ontario?

What is the Upper Middle Class Income in Canada?

What is the Average Cost of Food Per Person in Canada?

What is the RESP in Canada? An Education Savings Guide

How to Make Money on TikTok in Canada

EI Reporting: What Is It and How To Fill Out Your Report?

How Much Is a Nose Job in Canada? Plastic Surgery 101