Do you want to get an insight into the healthcare system in Canada?

If so, keep on reading. You will find these recent health Canada statistics quite intriguing.

Even though there have been reforms in Canadian Medicare (Canada’s healthcare system), its central pillar has remained the same. The national health policy clearly defines a universal coverage plan providing medically necessary healthcare services based on need rather than the individual’s ability to pay.

Canadian Medicare is decentralized, universal, and publicly funded. The 13 provinces and territories all have a different insurance plan, and each section receives cash assistance from the federal government on a per-capita basis.

Now, this is all for context. Without further ado, let’s dive right in. 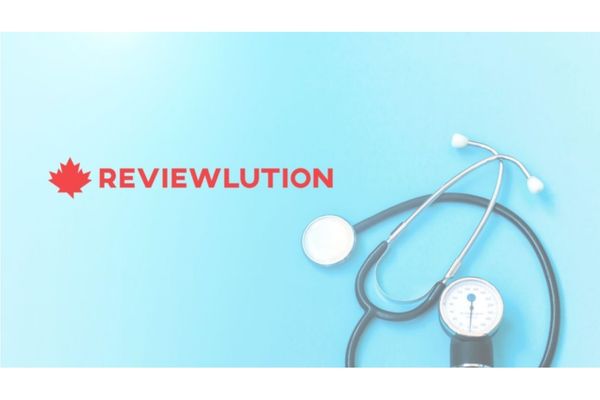 Let’s start with the recent hot topic – COVID-19. The latest COVID statistics for Canada show there are over 810,000 confirmed cases and nearly 21,000 deaths from the virus as of early February 2021. Meanwhile, the country has an ongoing immunization plan.

A study from September-October 2020 asked how likely Canadians are to get a Coronavirus vaccine. People who live in multi- and single-person households reported a strong willingness to get the shot – 75% and 72.5%, respectively.

Based on population groups, the highest percentage of people who would like to get vaccinated are Koreans living in Canada (87.9%). At the other end of the spectrum is the country’s Black community (52%).

This figure accounted for just over 16% of Canada’s GDP in 2019. It also marked a 4.3% increase from the previous year. This upwards trend is expected to continue amid the ongoing pandemic.

How does the total health expenditure of Canada compare to that of other countries?

Canada vs US health care statistics for 2017 show that US health expenditure amounted to 34.2% of the country’s GDP, while in Canada, it was just 17%. This massive disparity is primarily due to the US private insurance sector’s inefficiencies and the multi-payer system.

3. One in four Canadians lives with a chronic illness.

According to the health Canada statistics for pain, the most common chronic conditions are migraine headaches and back problems. Living with chronic pain also affects people’s overall physical and mental state, often leading to insomnia, eating problems, and fatigue. Medical marijuana, legalized in 2001, is often prescribed in such cases.

Worryingly, this quarterly number was the highest since national surveillance began in 2016. It also represents a massive 54% increase year-on-year and a 58% rise from the previous three months (January to March 2020). We should also mention that 97% of these opioid deaths were unintentional.

5. Nearly 90% of poisoning hospitalizations occur in the western provinces.

Health Canada statistics by province show British Columbia, Ontario, and Alberta, are the worst affected by opioid- or stimulant-related emergencies.

Fentanyl is responsible for 75% of deaths from opioid toxicity. More than half of these cases (52%) also involved a stimulant.

Based on the health and safety statistics, Canada registered 76 more work-related deaths in 2018 than in 2017. Such fatalities are most common in the transportation and warehousing sector.

Ontario and New Brunswick led the way, with 15% injury rates in areas with 100,000 employees. Electrocution, falls from height, and motor vehicle accidents cause most injury-related deaths in Canada.

7. More than half of Canadians have low health literacy.

Even though Canada is one of the most highly-educated nations, around 60% of Canadian adults can’t understand, obtain, and act upon information regarding health, literacy statistics for Canada indicate. This, in turn, has a negative impact on their work-life balance. For comparison, a considerably lower percentage, 48%, have a low prose reading ability. 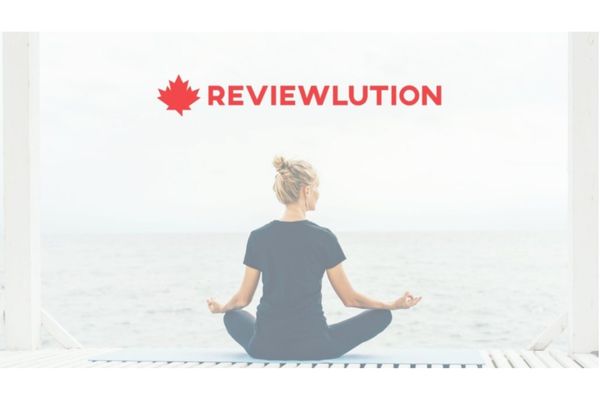 8. One in three Canadians experiences mental health problems at some point in their life.

According to the health Canada statistics, more than 9.1 million people struggle with some mental health conditions. Around 70% of them will likely experience mental health problems during their childhood or adolescence. The child mental health statistics for Canada show that approximately 1.2 million are affected by some mental illness, which is a concerning number.

Another problem that the Canadian health system faces is the long waitlists. Children in Ontario have to wait between six months and a year to get counselling and therapy appointments. A study by the Public Health Agency of Canada reveals that one in seven people (15%) use health services for their mental problems each year.

9. Between 23% and 67% of homeless people in Canada report having a mental illness.

Study data suggests that income is a factor closely related to people’s psychological state. Canadians in the lowest income group are three to four times more likely to suffer from a mental illness than those in the highest income group.

10. Young people aged 15 to 24 are most likely to experience mental illness and substance use disorders.

11. At least 20% of people with a mental illness have substance abuse issues, health Canada statistics confirm.

People who have a mental illness are twice as likely to have substance abuse issues. In fact, the more severe the condition, the higher the likelihood. For instance, people who have schizophrenia have a 50% chance of developing a co-occurring substance use problem.

After accidents, suicide is the second leading cause of death for Canadians aged 15 to 24. Suicide rates among indigenous youth are five to six times higher than among other groups

Another interesting fact is that 75% of suicides in Canada involve men. But that only means men are much more likely to die due to self-harm, as women attempt suicide three to four times more often.

The statistics for Canada stress and wellbeing show that the least stressed out (11.1%) are those aged 65 and above. It goes hand in hand with retirement.

The group from 50 to 64 is in second place when it comes to stress (23.6%). Within this cohort, people may experience further obligations with grandchildren and pressure from the last years of work and retirement savings.

About 16% of Canadians recognize their workplace as a frequent source of depression, anxiety and stress.

Mental illnesses affect around seven million Canadians per year, and only half of them turn to health services for help. Anxiety, stress disorders, and depression have been the fastest growing issues in Canada in the last three years. 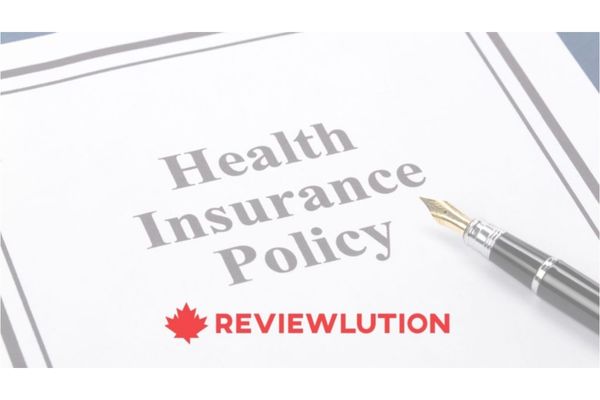 15. About 26 million Canadians had supplementary health insurance in 2019.

Other types of insurance people opted for were accident and additional health coverage (21 million) and disability coverage (19 million). Life insurance is also popular.

The exact sum depends on the family type. There are six common family types based on economic stability.

Many Canadians aren’t aware of healthcare costs because the hospital and physician services are free at the point of use, just like in the UK.

Income levels and whether individuals live alone or in a larger household determine their healthcare insurance payment.

For example, an average Canadian family that consists of two adults and children would have a total income of around $142,449. As a result, they would have to pay approximately $14,474 for public health insurance. 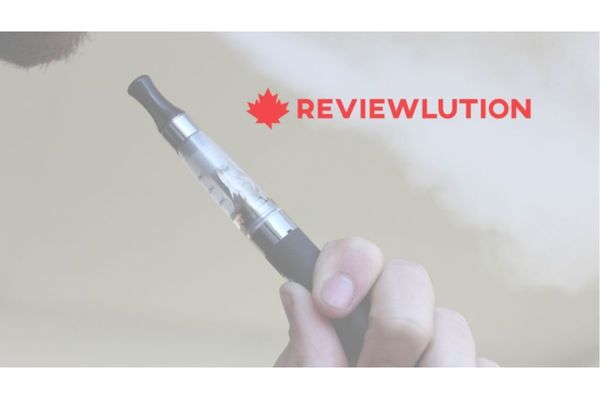 According to the 2019 Canadian Tobacco and Nicotine Survey, one of three teenagers have tried vaping, and 17% of all 12,000 surveyed reported vaping in the past month. The health Canada vaping statistics have doubled since 2017, clearly showing a vaping crisis among young people.

Compared to the 2015 numbers, there was a significant increase in 2017. However, the number of smokers has decreased since 1999.

21. One in five Canadians is living with some form of disability.

The 2017 Canada disability statistics reveal 22% or 6.2 million Canadians have some form of disability that affects their independence, freedom, and quality of life. Over 200,000 of them are children and young people.

The most common disabilities include flexibility, mobility, pain, and mental health problems. As a group, women are more likely to be affected (24%) than men (20%).

22. Only 50% of indigenous people in Canada perceive their health as very good or excellent.

Indigenous people – First Nations, Métis, and Inuit – make up roughly 5% of Canada’s population. The Canadian indigenous health statistics show only half of them report good health.

This could be explained by the community’s limited income and lower education levels, combined with higher unemployment rates. The most common health problems indigenous people face are diabetes, high blood pressure, allergies, and arthritis.

So let’s wrap it up. Despite the universal medical coverage and efforts towards improving the nation’s health, Canada statistics show certain areas of concern. These include the emerging challenge posed by chronic, critical, and mental illnesses and opioid use, especially among particular population groups.

But it’s not all bad news:

The government continues to invest substantial resources to strengthen and transform the healthcare system and clamping down on hazardous practices like drinking and driving. At the same time, it’s also down to every individual to take care of their physical and psychological state. As the Canadian Food Inspection Agency advises, exercise and a nutritious diet are essential in ensuring a long, healthy and disease-free life.

What are the major health issues in Canada?

The primary health issues Canadians are facing today are cardiovascular diseases and cancer. Lung cancer is the most common cause of death, responsible for over 80,000 fatalities per year.

Canadian men’s health statistics show males are more likely to die from heart disease, liver problems, and diabetes. Heart issues most often end women’s lives. Another serious health concern is obesity. According to the health Canada obesity statistics, around 27.7% of the population is overweight.

What percentage of Canadian taxes go to healthcare?

According to the Canadian Institute for Health Information (CIHI), the average Canadian pays $7,064 in healthcare taxes. But this also depends on an individual’s annual income. Compared to other nations, Canadians pay more than the average healthcare costs.

How much does Canada spend on healthcare?

In 2019, Canada spent over $265.5 billion on healthcare, around 16% of its entire GDP. The country funds healthcare through various methods, including public (government) and private contributions.

Is healthcare better in the US or Canada?

Both systems have pros and cons. The Canadian one doesn’t cover everything, despite being free at the point of use, and the waitlists are long. The access to healthcare in Canada statistics shows that if someone needs to visit a specialist, they need to wait an average of 21 weeks. The health Canada statistics further reveal 23% have difficulty accessing immediate care, and 16% have trouble accessing non-emergency surgery.

On the other hand, The biggest problem in the US healthcare system is affordability. Because of that fact, more than 26 million Americans have no health insurance.