They say health is wealth. It might sound like a cliché, but this adage rings true today, especially if we look at some of the most common diseases in Canada.

Cancer, for one, can affect one in two Canadians during their lifetime, according to recent critical illness statistics.

One in four Canadians dies from this disease. So, it’s no surprise that critical illness insurance coverage has become a financial security blanket for many. Among other things, it helps deal with skyrocketing hospital bills and medication.

1. Cancer is responsible for 30% of all deaths in Canada.

The number 1 cause of death in Canada is cancer, accounting for nearly one-third of total deaths. The disease mainly affects those aged 50 or older. However, it can occur at any age. In fact, almost one in two Canadians can develop cancer during their lifetime. While it’s more frequent in men (45%), one in four Canadians can die from the disease.

Cardiac arrest is one of the most common critical illnesses in the Great White North. Most cardiac arrest cases happen in public places or at home. So, urgent care must be provided when this happens, as the survival rate is not that high. According to heart attack statistics in Canada, there are 35,000 cardiac arrests cases every year.

Stroke has a devastating impact on families. Most stroke risks have a root cause in high blood pressure.

Almost 20% of Canadians have high blood pressure, which makes the risk of stroke even more likely. Stroke statistics in Canada reveal that 16,000 deaths are attributed to stroke every year, making it the third leading cause of death.

The total cost to the Canadian economy is over a whopping $3.6 billion each year. Most of this goes to hospital costs, lost wages, physician services, and decreased productivity.

4. Every year, the combined medical expenses and lost earnings brought by dementia amount to $33 billion.

According to Alzheimer’s statistics in Canada, dementia is the most expensive illness in the country. In fact, the Alzheimer Society of Canada projects dementia to cost the economy a mind-blowing $293 billion every year by 2040. The latest research, conducted in 2011, stated that 747,000 Canadians lived with Alzheimer’s disease, the most common form of dementia.

5. Around 73% of Canadians aged 65 and above have at least one common chronic disease.

Age is one of the most significant factors of critical illness occurrence among Canadians. That’s because senior citizens are more prone to developing chronic diseases such as hypertension, diabetes, cancer, asthma, and many more.

About 73% of Canadians over 65 are at a greater risk of developing between 1 and 10 common chronic diseases. Click To Tweet

6. Heart disease statistics in Canada reveal one in twelve is living with the disease.

Critical illness is widespread, with about 8% of Canadian adults over 20 live with a diagnosed heart disease. That’s approximately 2.4 million people.

Around 12 Canadian adults with diagnosed heart disease die every hour. Meanwhile, one in two Canadians is projected to be diagnosed with cancer in their lifetime. 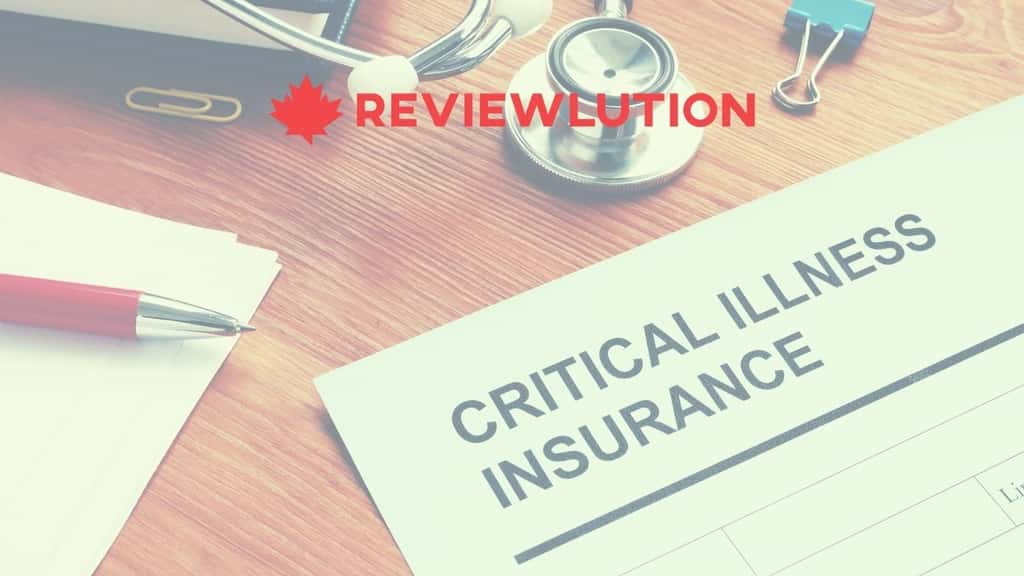 8. More than 90% of critical illness insurance claims are from cardiac and cancer patients.

Not all diseases and conditions are covered by insurance policies. Those that are may include cardiac and cancer diseases, which account for the majority of the insurance claims. Around 7% of critical insurance claims include major organ transplants, blindness, paralysis, and Parkinson’s disease.

Naturally, the coverage for critical illness insurance varies from company to company. But on average, they often cover some or even all 26 illnesses common to Canadians, including heart attack, stroke, surgery, cancer, and more. Manulife, for example, has an insurance package that covers 24 critical conditions. One package from BMO Insurance, on the other hand, covers all 26 illnesses.

And that’s how things stand in Canada. Clearly, more and more Canadians are worried about serious health issues. But what about the rest of the world?

Let’s have a look:

11. The global critical illness insurance market is projected to reach US$79.4 billion by 2025.

13. Ischaemic heart disease is responsible for 16% of the world’s total deaths.

Data from the World Health Organization shows ischaemic heart disease has accounted for the largest increase in deaths since 2000. In 2019, the total number of deaths from this illness rose by more than 2 million, bringing the total to 8.9 million deaths.

On the other hand, lower respiratory infection is considered the deadliest communicable disease, ranking the fourth leading cause of death. It has claimed 2.6 million lives since 2000.

14. In 2019, around 62% of large US firms offered critical illness as an option on benefits menus.

Critical illness insurance has been a voluntary add-on to many healthcare plans in the US. It has increasingly shown up as an option, with 62% of large firms offering it in 2019, up from 46% in 2017.

Because a critical illness plan serves as a security blanket to those who might fall critically ill. This way, they wouldn’t have to worry about paying so much out-of-pocket costs and other non-medical expenses, such as mortgage. Some insurance packages even come with a return of paid premiums in the event of the policy holder’s death.

Some of the major health issues in Canada come from critical illnesses.

Needless to say, critical illness has repercussions that go beyond physical and emotional strain. There’s also the burden of its financial impact, which comes with costly hospital bills and medications.

The critical illness statistics we have tackled illustrate the need for this kind of insurance coverage, as it can somewhat ease the devastating effects.

How many Canadians get a critical illness?

Approximately 2.4 million Canadians are living with a diagnosed heart disease. About one in two Canadians is expected to be diagnosed with cancer in their lifetime.

How common is critical illness?

Critical illness happens to most people. Cancer stats in Canada show this illness is the leading cause of death, with almost one in two Canadians likely developing cancer during their lifetime. According to WHO, non-communicable diseases like stroke, ischaemic heart disease, chronic obstructive pulmonary disease, account for 74% of total deaths globally.

Does critical illness insurance pay out on death?

Usually, the deceased’s beneficiaries will get the return of the premium they paid out upon their death. However, this is not a guarantee since insurance coverage and policies vary from one company to another.

What percentage of critical illness claims are paid?

It largely depends on the insurance company and the coverage policy of the person’s critical illness insurance. The average claim that is eventually paid out is around 60%.

Is critical illness insurance worth it?

Critical illness insurance is a handy cushion for those who want to prepare for big health emergencies like cancer, heart attack, and stroke. Critical illness statistics reveal these diseases are often expensive and can lead one to financial ruin.

So, getting critical illness insurance alleviates that kind of worry. That’s why, along with life insurance, it’s becoming an increasingly popular option with many Canadians.

Michelle has immersed herself in the writing world fueled with a curious mind and a fierce love of learning for more than 8 years. Her passion lies in content marketing, digital technology, and current events. She has always such a joy to sift through a trove of information and organize it in a way that helps readers navigate the ever-changing landscape of an increasingly digital and data-driven age. I’m a firm believer in the saying that information is power, and I seek to put it into good use. We learn together along the way, one step at a time.